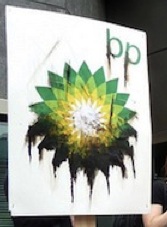 A lot of worry is swirling around about what would happen if BP settles. With 303 witnesses lined up testify for the government’s civil trial, millions of pages of documents and thousands of individuals and businesses looking to sue BP for the oil disaster that ruined them (as Sue Sturgis at Facing South illustrates), there is an expectation that truth and justice will emerge from this colossal lawsuit.

But if there’s no trial, what truth will the Gulf Coast public be kept from, and what will be compromised in terms of justice? Many across the Gulf are looking for the whole truth behind a myriad of health ailments afflicting those who were exposed to oil and dispersants, while environmentalists have their eye on information that might explain dead dolphins and fish with lesions. Families everywhere want to find out if their seafood is safe while families of those injured and killed aboard the Deepwater Horizon rig want to know who made the poor decisions that led to the tragedies.

What is it that we don’t know about the BP oil disaster that we hope will come out in the course of the trial? Talking with lawyers close to the case we find that much of what’s known is already in the public.  Between the National BP Oil Spill Commission, the investigation waged by the U.S. Coast Guard and the report from Navy Secretary Ray Mabus, there is plenty of material out there about who from BP and their contractors decided what, both before and during the Deepwater Horizon explosion that led to the largest offshore oil disaster in the nation’s history.

The BP Oil Spill Commission’s report won’t be allowed in as evidence, as won’t BP’s very recent spotty safety and accident records, but much of that info has been circulating through the public for months now. Both Judge Carl Barbier and attorneys on both sides of the case are likely well briefed on what’s included in that report.

With not much left unknown, what will be key are the testimonies of Halliburton’s engineer Jesse Gagliano, BP engineer Brian Morel and BP’s John Guide, both of whom have testified before the federal government. Gagliano testified at the U.S. Coast Guard/BOEMRE hearings that he told BP engineers that they weren’t using enough centralizers to hold the cement steady for drilling the well. Morel, whose is said to have ignored Gagliano’s warnings, plead the fifth at those same hearings and hopefully will take the stand in the trial. Guide, considered the ringleader of BP’s engineer crew aboard the rig, was named multiple times in the Oil Spill Commission’s report as one who ignored important warnings about the safety of the well also.

Loyola law professor Blaine LeCesne told me that the Oil Spill Commission’s report, while not included for the discovery part of the trial, will be the “virtual blueprint for liability and probably even gross negligence,” for those prosecuting the case.

"Consequently, I expect the plaintiffs to piggy back on a lot of those findings in terms of their discovery strategy. One key area to look for is evidence regarding what BP knew about the instability of the cement slurry prior to cementing the well. I suspect that there will be testimony and/or documents verifying that they were well aware of the problems with it."

A lot of those questions will be for Gagliano, Morel and Guide. Any revelation in that department, especially that which is not already part of the public record, will depend on them not pleading the Fifth.

However, expert witnesses testifying at the trial will be able to refer to reports like the Oil Spill Commission and may even be able to provide additional context for some of the things summarized in those reports.

As for data on what was harmed or killed in the disaster -- fish, sea mammals, plantlife, beaches, wetlands, birds, etc. -- much of that information is collected at the NRDA website though mostly buried and collected in terms that are probably as readable as hieroglyphics to the average person. LeCesne believes that this info is readily available to the public “whether the case settles or not.” But we know from previous oil spills that some NRDA data is made confidential for the purposes of litigation. It’s unclear whether that confidential information becomes public if the case settles.

Tulane law professor Ed Sherman says that most if not all information gathered for the purposes of the trial remains the property of the plaintiffs and the defendant -- in this case the federal government and BP -- and “if it is never used at trial it will never become public unless they chose to reveal it.”

In a settlement, information from depositions and other gathered evidence are up to the discretion of the parties “to dispose of it as they like,” says Sherman. But he suspects that a settlement will “contain a clause that will prohibit public information dissemination.” In that case, the public may never know what the government and BP knows about the full impacts of the disaster.

If the case doesn’t go to trial, the public won’t know what we don’t know, which to be fair could be a trivial amount of information or the worst of conspiracists’ suspicions. I’m told that it’s very likely, though, that this will go to trial, mostly because a global settlement is simple as plugging a blown out oil well. There are tens of thousands of individuals who are moving forward with lawsuits against BP with the force and velocity of an oil gusher. And even if most of those find their cases ineligible if just one that’s eligible “opts for trial rather than settlement, any information gathered during the course of discovery can potentially be disclosed regardless of whether other parties choose to settle,” says LeCesne.