President Obama Got It Wrong; Tar Sands Is a Health Care Issue! 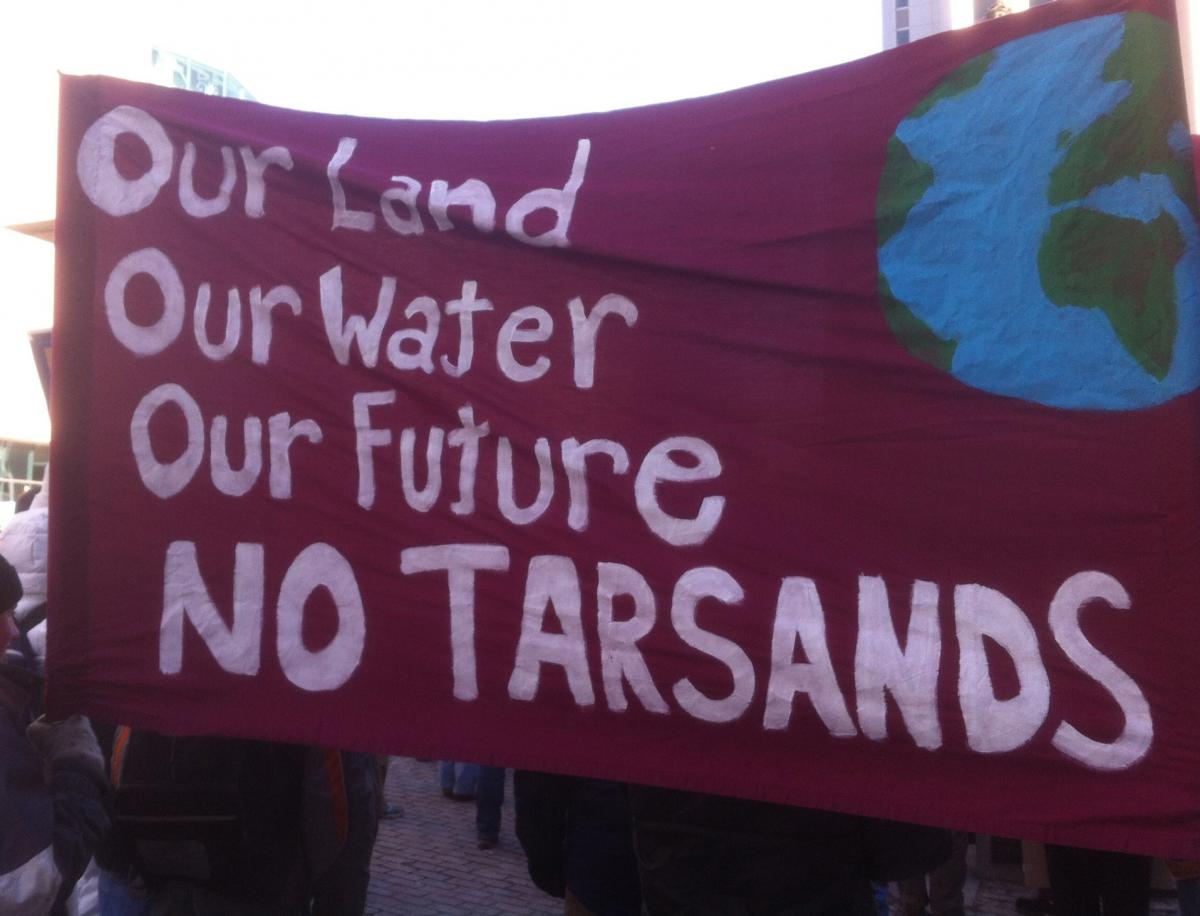 At first it seemed like the President had everything under control.  He smiled  - even discouraged the few audience members who booed.  But then, as if to clearly demonstrate to the world that he - like so many of our politicians, media and even some who claim to be allies - is utterly uninformed about why we oppose this pipeline, said clear as a bell, “Okay. Okay. We’re talking about health care today… That is the wrong rally!  We had the climate change rally back in the summer! This is the health care rally!”

But this was not the “wrong rally”!  It was exactly the RIGHT rally!

The extraction, transportation and refining of tar sand oil is a huge health issue - just ask First Nation communities near extraction sites in Canada, or residents of Mayflower, Arkansas or those who live along the Kalamazoo River in Michigan where pipeline spills have sickened countless people.  Just ask the families of those who were burned alive when an oil train exploded in Lac-Megantic, Quebec, or ask residents of Manchester (Houston, TX) or Port Arthur (TX), where refineries are pushing asthma and cancer rates through the roof.

The Keystone XL Pipeline - and every single discussion about tar sands extraction, transportation and processing - is about health!  Every bit of tar sands oil moved out of, though and into our communities, ecosystems and aquifers has the potential to spill, to contaminate our bodies, to chemically poison our families.

If President Obama wants to show the country he’s really serious about our nation's health care, he’ll do more than fix a bad website. For starters, he’ll reject the Northern Leg of the Keystone XL pipeline.

Not that it will help those living along the path of the Gulf Coast leg. Obama approved the Gulf Coast/Southern leg of the Keystone XL in March of 2012, leaving communities along our already overburdened and gasping-for-breath Gulf Coast once again sacrificed, used as trade-offs for the illusion of jobs and energy independence.  Families who live anywhere near the refineries that dot the region will tell you they are dying at alarming rates.

Decisions like that make it hard to imagine the President is really serious about health care - or that he gave much thought to the health of children in Port Arthur or in Houston's Manchester neighborhood, where children have a 56 percent higher chance of contracting certain forms of leukemia than children who live just 10 miles away.  It's hard to imagine he and Michelle would ever raise Sasha or Malia there, in the shadows of smokestacks, and surrounded by heavy air filled with sulfur and benzene - after all, it's not their backyard. But it is the backyard for tens of thousands of little lungs and developing brains who are poisoned on a daily basis.  The air in their backyards is sending them to hospitals in record numbers.

If President Obama is really serious about health care, he'll not only say NO to the Northern Leg of the KXL, but he'll stand up to the oil and gas industry and he'll say no more – no more lax regulations, no more lax enforcement, no more looking the other way, no more dirty permits.

If President Obama is really serious about health care he'll not only say NO to the Northern Leg of the Keystone XL, but he'll say NO to tar sands extraction, transportation and processing everywhere - in Canada, Utah, California, Michigan, Arkansas, and along the railways and waterways from Canada to Portland to Mobile.

Today the President is in New Orleans, pushing to increase exports, and Louisiana's biggest exports are petroleum, coal and chemicals. Will this be the "right" rally to discuss health? Or will he once again dismiss concerned citizens as "off-topic"?

If President Obama is really serious about health care, his discussion will include plans for long-overdue modernization and maintenance of Louisiana's and the country's existing refineries and chemical plants, many of which are badly corroded and poorly maintained.  Regardless of how the tar sands battle plays out, these facilities currently sicken both workers and nearby residents. The most affordable - and most humane - health care is preventative.  Our fathers, sisters, grandfathers and brothers who labor day after day, and families living near dangerous facilities deserve health protections too - before they get sick.

Only time will tell how many (if any) residents living in GOP-led states along the Gulf Coast - whose governors have a tendency to reject Federal money in the name of political posturing while their own citizens suffer - will benefit from Obama's Affordable Care Act.  But one thing is certain - offering sacrificed and poisoned people affordable health care will never negate a lifetime of subjecting them to a multitude of toxins with every breath.

Shea Reister, Sophie Robinson and Naveh Halperin had the wisdom and courage to rise up in a crowded room, amid the glare of TV cameras and media from across the globe, to publicly reject the Keystone XL pipeline, to publicly reject tar sands extraction, transportation and processing, and to show they are serious about the health of our nation and our planet.

Dare we have the audacity to hope President Obama will have the wisdom and courage to do the same?