Skip to main content
Climate and Environment
Land and Housing

The GreenARMY Joins the Fracking Fight Approximately 300 people filled the Castine Center in Mandeville, Louisiana on Monday, May 12th. The crowd was electric. The majority of them held signs with slogans such as “We can’t drink your excuses,” and “Frack-Free St. Tammany.” The meeting was supposed to serve as a platform for parish residents to ask questions and express their concerns, and to be given information on the proposed plan and fracking in general by Helis Oil & Gas. Unfortunately, Helis failed to show up to the meeting to explain and defend their proposed plan to frack for oil in St. Tammany Parish. 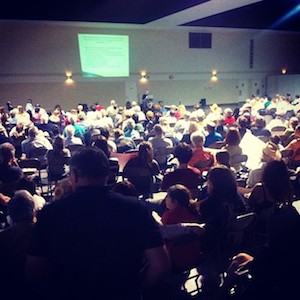 Attendees did get to hear from biochemist and environmental activist Wilma Subra on the environmental impacts of fracking. John Barry, a GreenARMY member, and founder of the Restore Louisiana Now, also spoke at the meeting about the ties between fracking, the Southeast Louisiana Flood Protection Authority - East (SLFPA-E) lawsuit and protecting our coast. Many other GreenARMY members were in attendance as well, including General Honore himself. The GreenARMY is an alliance of civic, community, and environmental groups who are working to effect social, political, and, most importantly, environmental change in Louisiana.

Supporting the residents in St. Tammany Parish is just one of the many environmental battles the GreenARMY is fighting. Some of the issues the GreenARMY has been rallying around include: the sinkhole in Bayou Corne, Louisiana coastal erosion and the SLFPA-E lawsuit against 97 oil and gas companies, and now, the proposal to begin fracking in St. Tammany parish. 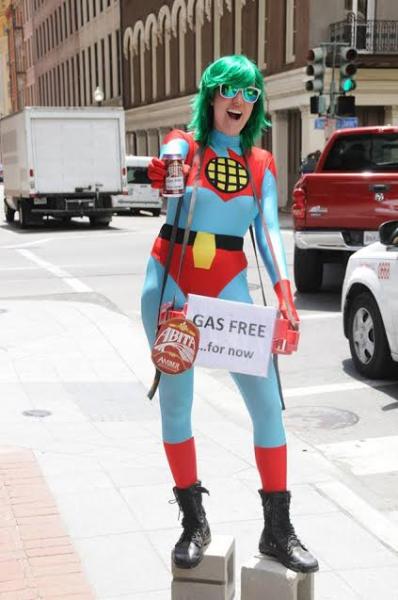 Last Thursday, May 8th, 2014, the GreenARMY and several community members rallied outside the office buildings of Helis Oil & Gas, and Edward Poitenvent, who is the landowner of the area to be fracked. Coincidentally, these two buildings are across from each other. The GreenARMY soldiers (including Captain Planet!) passed out flyers about fracking and asked passersby to keep Abita Beer chemical-free (Abita Springs, where the beer is made, is in St. Tammany parish).

Parish officials and Helis announced Tuesday, May 13th, 2014 that the two entities had come to a “compromise.” Helis agreed to conventional vertical drilling in order to assess the viability of fracking in the area. This announcement was made the day after Helis failed to show up to the town hall meeting in Mandeville. This deal was made behind closed doors, and is not a compromise at all. Vertical drilling is the first step in the originally proposed plan. An April 15th letter from Helis to parish officials describes the plan to drill vertically and study the data for three to four months in order to determine the viability of hydraulic fracturing. Thus, the acceptance of this so-called compromise by parish officials is really a back-handed way of approving the plan against so much opposition. However, the GreenARMY and the residents of St. Tammany see this as merely a setback, and not a defeat. We will continue to fight this proposal until the very end, because the health of community should be more important than wealth. Stay tuned for more updates on the fight against fracking and other GreenARMY activities!