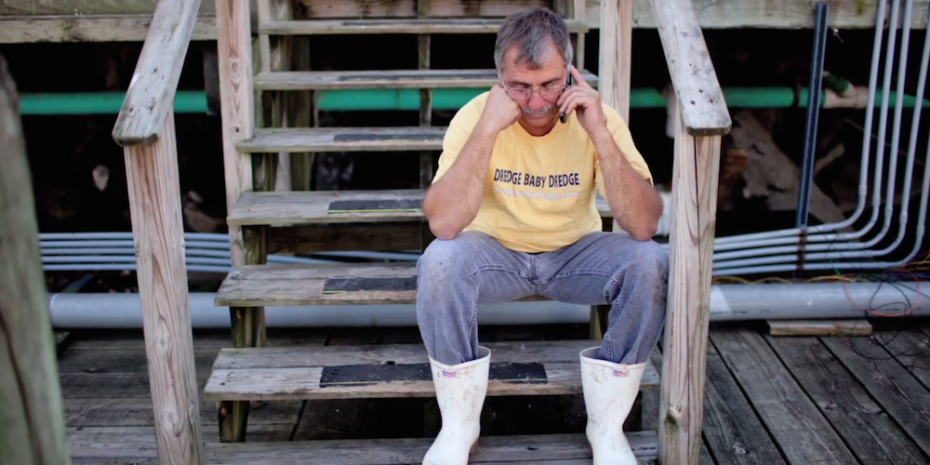 StoryCorps: Stories from the Gulf

In October 2010, Bridge the Gulf partnered with StoryCorps and NRDC to record, share, and preserve the stories and experiences of people living through the BP oil disaster.

"It hurts to see how something like this can divide your community."

Fisherman Acy Cooper talks about BP hiring practices, seafood safety, and the affect the oil disaster has had on his community. Recorded in Buras, LA on October 19, 2010.

"I don't know if in four-five-ten years from now, I'll still be able to eat oysters, shrimp, fish, crab..."

Rosina and Geraldine Philippe of the Atakapa Tribe talk about life before the spill, and how their community responded to the BP oil disaster. Recorded in Buras, LA on October 20, 2010.

"I'm wondering if you guys ever thought, 'This is over. This is the last time I'm going to surf here.'?"

Tom Herder talks with William and Gage Swann about the BP oil disaster's effects on their lives, and their love of surfing in coastal Alabama. Recorded in Mobile, AL on October 17, 2010.

Darla and Todd Rooks talk about the devastating impact of the BP oil disaster on their fishing community. Recorded in Buras, LA on October 20, 2010.

"It look like BP gonna convert me from a fisherman into a farmer just to see that my family got food on the table."

Isadore "J.J." Creppel, a Gulf fisherman since the age of 16, talks about the devastating impact of the BP disaster on his livelihood and way of life.  Mr. Creppel is a member of the United Houma Nation, a Native American tribe of 17,000 citizens residing along the southeastern coast of Louisiana. This area of the country is more water than land, with communities connected by interwoven bayous and canals.  Recorded in Buras, LA on October 19, 2010.

"My gosh, with that amount of oil, it changes everything. It has the ability to affect everything for God knows how long."

Thaddeus M. Pellegrin, a retired shrimper from Chauvin, LA, talks with his grandchildren about the joys and sorrows of life on the Gulf Coast. Recorded in Chauvin, LA on October 11, 2010.

"If this whole environment gets demolished, what good is a boat? It survived hurricanes; it survived Katrina; it survived Gustav; it survived many regulations, but it may not survive this BP thing."

George Barisich, a third-generation commercial fisherman, talks about his life on the water, and concerns that the BP oil disaster will end his career. Mr. Barisich is president of the United Commercial Fisherman's Alliance.

"We have to respect the bounty we have to conserve it, all the while enjoying it. Because something like a failed blowout preventer could change all of that in an instant."

Wendy Wilson Billiot, owner of Wetland Tour and Guide Service and Camp DuLarge, talks to her 14 year-old son, Seth Billiot, about the changes in their lives after the BP oil spill.