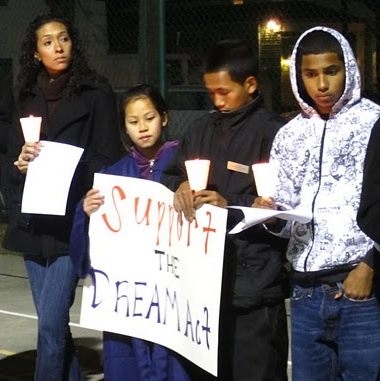 With the DREAM Act now stopped by the Senate, the Vietnamese American Young Leaders Association of New Orleans (VAYLA-NO) continues to hope that undocumented young people across the nation will get the opportunity to become American citizens.

When our Youth Advisory Board considered the DREAM Act, its purposes, and its outcomes, they found so many pros and benefits to the Act that they decided VAYLA-NO should support the campaign and get involved.  Just reading and speaking with each other within the group, we felt that it’s something we are passionate about because we are mostly the sons and daughters of immigrants. A few of the youths here at VAYLA are immigrants themselves so the DREAM Act is very important to them. The DREAM Act will support our education, our armed forces, and most importantly, our economy.

With less than 48 hours until the DREAM Act approached the floor of the House of Representatives, VAYLA, pioneered by a member of the Youth Advisory Board named Victoria Tran, organized a candlelight vigil called “Lighting Our Hope for Our Dreams.”  The vigil was co-hosted by Puentes, a "Latino serving, Latino run" community group in New Orleans that also supports the DREAM Act. With the two organizations working together, the candlelight vigil was a major success in outreaching to the community for support, voicing our personal testimonies about undocumented students, and gathering local leaders from the City Council, the Archdiocese, and various agencies. 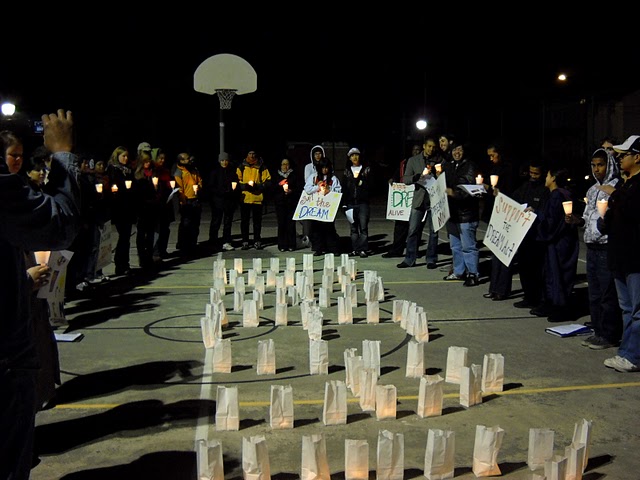 On the day the DREAM Act reached the floor of the House of Representatives, youth at the VAYLA Center were still trying to outreach to the community to support the campaign. VAYLA also called Senator Mary Landrieu’s office in Washington, D.C. to see if she would support the DREAM Act, which she did. A few hours later, the House of Representatives passed the bill by a 216-198 vote. Victoria Tran was very ecstatic about the news, and she anticipated the next phase of the bill being in the Senate.

With the Senate’s vote to stop the DREAM Act from passing this last Saturday, many youth are very disappointed about the outcome.  But President Obama’s promise to the Hispanic caucus to not give up on the DREAM Act helps brings some hope to the youth here at VAYLA. 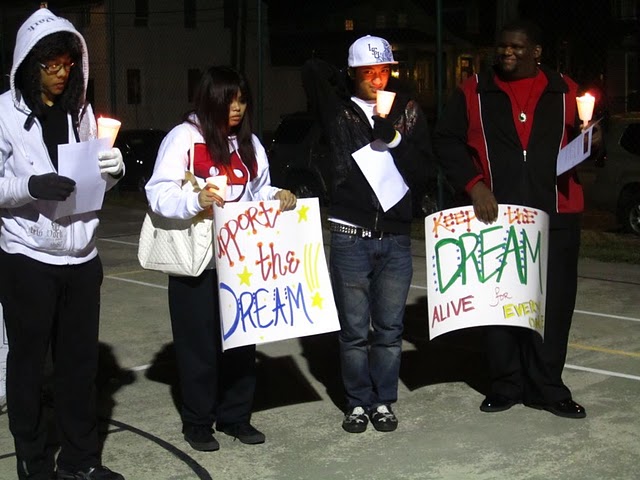 All photos by Puentes New Orleans.

Sean D. T. Nguyen grew up in Houma, Louisiana for fourteen years. He has been highly involved with many organizations like church choir and Student Council and created different events such as the first Youth Relay for Life in Terrebonne Parish. After moving to New Orleans in 2007, Sean is a senior studying in Psychology with a focus on Counseling and Social Work and minoring in Biology and Chemistry at the University of New Orleans. He is the Program Coordinator of the Family Circle program and the Mentorship program in 2010 of the Vietnamese American Young Leaders Association of New Orleans (VAYLA-NO).