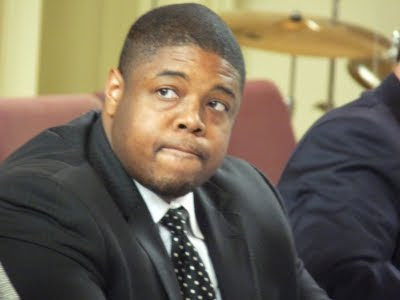 This was originally posted on Justice Roars on July 6th, 2011. From our friends at Greater New Orleans Fair Housing Action Center:

Today, African-American homeowners and two civil rights organizations announced a settlement in a post-Hurricane Katrina housing discrimination lawsuit brought against the US Department of Housing and Urban Development (HUD) and the State of Louisiana regarding the "Road Home" program.

The suit alleged that the formula used to allocate grants to homeowners through the Road Home program - the single largest housing recovery program in US history - had a discriminatory impact on thousands of African-American homeowners. Road Home program data show that African-Americans were more likely than whites to have their Road Home grants based upon the much lower pre-storm market value of their homes, rather than the estimated cost to repair damage.

For example, one African-American plaintiff whose rebuilding grant was based upon pre-storm value received a $1,400 grant from the State to rebuild her home; but she would have received a grant of $150,000 had her rebuilding grant been based on the estimated cost of damage to the home. These types of shortfalls played a key role in slowing down the recovery effort. Under the terms of the settlement, HUD and the State of Louisiana will direct additional funds to individuals in heavily-affected parishes whose grants were based upon pre-storm value.

The lawsuit was brought by the Greater New Orleans Fair Housing Action Center, the National Fair Housing Alliance, and five African-American homeowners in New Orleans, representing a potential class of over 20,000 people. All plaintiffs are represented by co-lead counsel, the NAACP Legal Defense and Educational Fund and Cohen Milstein Sellers & Toll, as well as Wilmer, Cutler, Pickering, Hale & Dorr. Including today's settlement agreement, the plaintiffs have achieved significant relief for homeowners in New Orleans and throughout Louisiana:

* In response to the plaintiffs' housing discrimination lawsuit, HUD and the State of Louisiana changed the Road Home program grant formula to provide full relief to more than 13,000 homeowners. All eligible low- and moderate-income homeowners received supplemental grant awards totaling $473 million based upon the estimated cost of damage to their homes, rather than the original grants based merely upon the much lower pre-storm market value of their homes.

* By virtue of the settlement agreement, HUD and the State of Louisiana have agreed to amend the Road Home program to offer additional large supplemental rebuilding grants at an estimated value of over $60 million to several thousand homeowners whose initial Road Home Option 1 grant awards were based on the pre-storm market value of their homes and who have been unable to rebuild their homes.

* In addition, the settlement agreement will provide thousands of homeowners additional time to rebuild their homes without the fear of penalty or foreclosure by the State of Louisiana. Under the agreement, Road Home Option 1 homeowners whose grant awards were based upon pre-storm market value can receive a one-year extension of the re-occupancy covenants attached to their Road Home grants.

"I am glad that by standing up against this flawed program we made a difference for so many other people," said Almarie Ford, one of the individual plaintiffs in the lawsuit.

Shanna Smith, President and CEO of the National Fair Housing Alliance said, "In addition to providing significant relief for individual homeowners, the Road Home lawsuit will serve as a warning to HUD and state officials nationwide to avoid the future use of pre-storm market value or similar market-driven criteria that have an obvious discriminatory impact on low-income and minority homeowners."

During the almost six years since the storm hit, countless homeowners struggled to rebuild. Many have not yet succeeded, particularly in Orleans Parish.

"Regrettably, the Road Home program became a road block for many." said James Perry, Executive Director of the Greater New Orleans Fair Housing Action Center. "This settlement is a step in the right direction toward getting more hurricane-affected homeowners back into their homes. HUD and Louisiana must keep America's promise to build a better New Orleans. And they must do so in a manner that is fair and equitable for all people regardless of their race."

John Payton, Director-Counsel of the NAACP Legal Defense and Educational Fund (LDF), said, "People who had similar homes and suffered the same type of damage should not have been treated differently simply because of the neighborhoods in which they live. All New Orleanians, and all Louisianans, deserve a fair chance at rebuilding their homes and communities."

The coalition of homeowners and organizations that brought the lawsuit has vowed to continue providing assistance to homeowners and working for a fair recovery for all.

The Greater New Orleans Fair Housing Action Center (GNOFHAC) is a private, non-profit civil rights organization established in the summer of 1995 to eradicate housing discrimination throughout the greater New Orleans area. Through education, investigation, and enforcement activities, GNOFHAC promotes fair competition throughout the housing marketplace -- rental, sales, lending, and insurance. GNOFHAC is dedicated to fighting housing discrimination not only because it is illegal, but also because it is a divisive force that perpetuates poverty, segregation, ignorance, fear, and hatred.