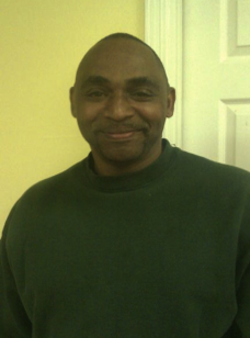 Crossposted from Justice Roars.  This profile comes from VOTE (Voice Of The Ex-offender) in New Orleans. Eugene Dean has been with VOTE from the very beginning, when the organization sprang from an effort of incarcerated men within Angola to organize people both inside and outside of the prison around the right to vote. “We had the Angola Special Civics Project and then we continued to work trying to change policies and laws,” explains Dean. "We really focused on trying to get some laws passed regarding parole eligibility.”

From his own experience re-registering to vote, Eugene has realized how much the community still needs the consciousness raising and mobilization that VOTE undertakes. “When I went to register to vote the lady in the voter registration office said she didn’t know if I could vote and I had to explain it to the head person in charge, “he says. "He told me I sounded like I knew what I was talking about and signed my letter.”

These misconceptions are not just limited to those that have no experience with incarceration, but are also perpetuated within communities that are directly impacted by the criminal justice system. “I think that misconceptions happen because at the time people’s offense takes place, they aren’t educated [about voting],” adds Dean. “People have been led to believe that once you get a conviction you lose all your rights.”

Eugene is a living example of the principle of education leading to advocacy. Now that he has regained the right to vote, he works constantly to give civic and legal advice to family and friends. “My favorite aspect is bringing incarcerated people’s issues to light,” he says. “My family and friends call me with advice because I have been through the legal system.”

Eugene’s advocacy doesn’t stop at the issue of re-enfranchisement. One of the ways that being in VOTE has got him thinking about the criminal justice system is by becoming involved in jail reform issues connected to OPP. “I didn’t know all the interaction in the way that things are structured, as far as how the sheriff goes about getting his funds,” he explains. “The jail issue brought me to the next level.”

A member from the very start, Eugene has been able to witness the things that VOTE has accomplished in a first-hand way that helps him brainstorm for future efforts. “I’m excited about future work on ban the box,” he says, adding, “I’d like to see more young people involved.”