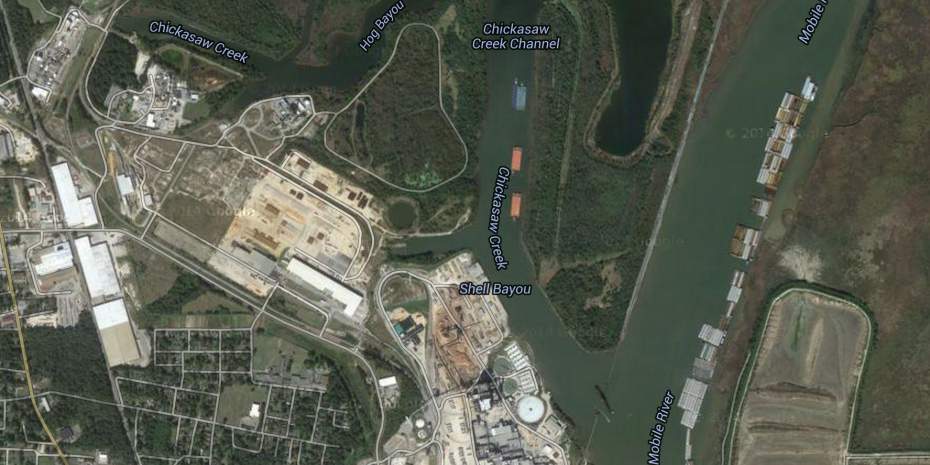 The historical value of Africatown's Hog Bayou was carved in stone long before the Oil Barons of the world discovered Africatown's valuable wetlands. Africatown's Hog Bayou will forever be known as the place in Mobile where the "African" slaves taught the "American" slaves how to feed themselves and their loved ones after slavery had ended. The last recorded shipment of slaves to arrive in America landed aboard the slave ship Clotilde in 1860. The Emancipation Proclamation was signed in 1863, freeing all slaves. Consequently, those "African" slaves that arrived aboard the slave ship Clotilde were slaves for only 3 years and knew more about being free than being a slave. The "African" slaves knew how to hunt wild game and fish to survive. Whereas the "American" slaves had been dependent upon their slave owners for food and water.

Because Hog Bayou was (and is) not protected, Industry was allowed to move in. International Paper and Scott Paper Companies set up shop and employed thousands for years. Those companies also blocked Africatown's front access to Hog Bayou and polluted the area for years. Around the year 2000, both International Paper and Scott moved their operations out of Mobile rather than upgrade their pollution control facilities as required by the Government. Since that time, Africatown's front entrance to Hog Bayou has remained closed. Why none of the local environmental organizations have not pushed to keep that front door access to Hog Bayou open is a mystery to me. A recent tour of the view to Hog Bayou from the old I.P. site is a beautiful thing to behold. The fish are jumping out of the water, all size & kinds of birds are flying around, and even a "red-belly" turtle can be seen after a rainy day.

I can remember my grandfather, Mr. Isaiah Brown, taking me to hunt in Hog Bayou when I was 6 years old. Some of his hunting buddies were Mr. Robert Walker, Mr. John Coleman, Mr. Rayford Cunningham Sr., and Mr. Willie Lee Lewis. Some of the youngsters they carried along with them included myself, my brother Jesse, "Plateau Red" Willie Portis, Rayford Cunningham Jr., "Bud" Joiner, and "Blind" Cook. Because the paper mills blocked Africatown's front door entrance to Hog Bayou and the Delta, we were forced to use the back door entrance and walk across the long and dangerous train trestle across the river behind Scott Paper Company. I can remember just making it across that trestle a couple of times before the train arrived. My grandfather did not work at either mill and I can remember him saying, "I wish those mills were not there so we could simply walk across the street through the front door and go hunting, and not have to walk across those dangerous tracks around back.”

So now we arrive, once again, at industry wanting to deny the Africatown and Mobile residents the front entrance to Hog Bayou and The Tensaw River Delta Preserve. To construct a city of storage tanks holding tar sands crude oil would be shortsighted. One spill would destroy that beautiful bayou forever. One explosion would destroy the Africatown neighborhood as well as the bayou. The Africatown community has made plans for all of the community, including Hog Bayou. Those plans coincide with its recent placement on America's National Registry Of Historic Places. Those plans include the beautification and preservation of the entire Africatown Community.

The following comment was made at a recent Mobile Planning Commission meeting, "What's more important, a job or a life?” You make the call!