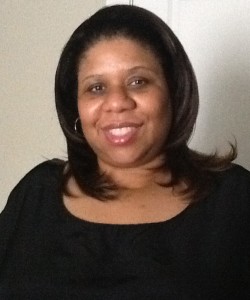 By Ashana Bigard, originally posted on EduShyster.com. When I talk about *choice* in New Orleans I use quotations with both fingers and I wink too. Supposedly we have what’s called a *choice model for excellent education* but the reality is that the overwhelming majority of schools in New Orleans now operate the exact same way. They have rigid disciplinary codes that punish poor kids forbeing poor and are neither nurturing nor developmentally appropriate.

I’m an advocate for parents in New Orleans, which means that I work with them and represent them when their kids are suspended or expelled from school. Last year we had 54 school districts in New Orleans and all of those different districts make their own rules. For six years after the storm, the schools all set their own expulsion policies. As of last year we have a uniform expulsion policy but individual schools still make their own suspension rules.

Punished for being poor
Most of the cases I see involve kids who are being discriminated against and criminalized for being poor. Think about it. If I’m setting up a school in a city where half of children live in high-poverty neighborhoods why would I punish kids for not being able to pay for things that are clearly out of the range of what their families can afford? It isn’t logical. Yet as an advocate I have to go and argue with the school that if this child doesn’t have a belt or his mother can’t afford a size 15 uniform shoe that costs $200, you don’t have the right to put them out of school and keep them from being educated. This is a child we’re talking about. Even if you’re saying *we’re going to teach this child a lesson,* what are you teaching him other than that *if your parents are poor, you can be hurt*? What is the lesson?

Case closed
The case that still breaks my heart involved a 14-year-old who kept getting demerits because his uniform shirt was too small and came untucked basically every time he moved. His mother was a veteran, well-educated, and had sold real estate but got divorced and ended up losing her job, and became homeless. They were living with friends and really struggling. The school expelled the child because he’d had three suspensions—the last one for selling candy to try to raise enough money to buy a new shoes and a new uniform shirt. I felt that if the mother went and told her story that the school would understand and wouldn’t hold up the expulsion. She didn’t want the school to know how impoverished she was but I convinced her to do it, so she came and told all of these people what she was going through—about her struggles. I thought for sure the board would overturn the expulsion, not just because her story was so compelling, but because there wasn’t actually anything in the school’s discipline book about selling candy. But they upheld it and it broke my heart that this kid was being put out of school because he was poor.

Little prisons
The majority of schools in New Orleans have these overly rigid disciplinary codes—they’re run like little prisons. The schools aren’t nurturing and they aren’t developmentally appropriate. Children need social development time. They need recess, they need to be able to talk at lunch. You’ll hear the schools say *we’re providing structured social development*—but there’s no such thing! If you have to manage kids’ social development, it’s not social development. Typically you’ll hear from school leaders that they have to have this overly rigid school climate because the school has just opened and it’s chaotic. They’ll say something like *we need these rules in place until we get a structured, calm environment, then we can make it less rigid. But first we have to calm these children and get them to a place of orderliness.* But children will never be calm, orderly robots unless there’s something wrong with them. They’re never going to get to the place that you’ve decided is necessary before they can have more freedom. In order for children to know how to operate in freedom, they have to have freedom to operate in. We don’t teach kids to eat with a fork and spoon by not giving them a fork and spoon!

Recess and recourse
When parents ask me for advice about schools in New Orleans they never ask *what are the best schools*? They want to know what the least terrible schools are. I tell them to go for one of the Orleans Parish School Board schools because at least then they’ll have some recourse. I tell them to look for schools that have recess and try to find the good teachers. And if they end up at a school where the teachers are really young, look for developmentally appropriate material and bring it to the teacher—kind of like *educate the educator.* So many of the teachers in New Orleans are brand new—this isn’t their profession. They don’t know about child development or adolescent development. I also tell parents to document absolutely everything. If you have a problem with something that happens at the school, keep a record. Try to create an email trail and keep a log of everything that happens. At some point there is going to be a class-action suit because our children’s rights are being violated and we need as much documentation as possible.

The choice to leave
My daughter attended a kindergarten where the students spent most of the day doing worksheets. I didn’t feel that this was in any way developmentally appropriate. At six years old, my daughter should love math—I love math!—but the school was basically fostering a hatred of math. Their response was basically *if you don’t like our program, you have the choice to leave.* So I left. As of last year, though, parents in New Orleans no longer have the choice to leave schools they’re unhappy with after October 1st. In order to transfer, you have to get the approval of the school board to agree to release your child, and you have to get the other school to agree to take your child. Our children are prisoners—are kids are inmates—and in order to get them out, we have to beg for pardons, which may or may not be granted.

A sorting mechanism
OneApp, the centralized enrollment system for the New Orleans schools, is supposed to make it easy for parents in the city to have their choice of schools. But parents aren’t going to have real choice just because they filled out the OneApp application. For example, you can’t see a school’s discipline guide before you register your child. And if I want my child to go to a school that has recess, art or educates the whole child, I have very little choice at all. I can try for one of the high-performing charters—the magnet schools that existed before the storm—but which are now even harder to get into than they were before Katrina. Parents of special needs kids, by the way, have even less choice, because so few of the schools will accept their children at all. What OneApp does is ensure that the various charter operators get the enrollment that they were promised. No matter how bad the school is, or how terrible the climate, we’re going to make sure that you get those kids.

Fight harder than you’ve ever fought
If New Orleans is being held up as a model for the schools in your community, I have some advice for you. Fight harder than you’ve ever fought to make sure that this doesn’t happen to you. Because once you’re in it, it’s so hard to get out of. Fight tooth and nail. If people come to your community and try to sell you bull crap, come down here and talk to us first. Read anything you can get your hands on. They’ll tell you that your input matters, that your schools are going to be run according to a community model. Don’t believe it. At the end of the day, they could care less about what kind of schools you want. In fact, I’m pretty sure that we said that we wanted arts and music in our schools—that those were really important to us in a city like New Orleans that’s build on arts and music and culture. Instead we got prisons.

Ashana Bigard is a life-long resident of New Orleans and a long-time advocate for children and families. She helps lead the Community Education Project of New Orleans.