Can Alarmists Prevent the Next Bayou Corne? 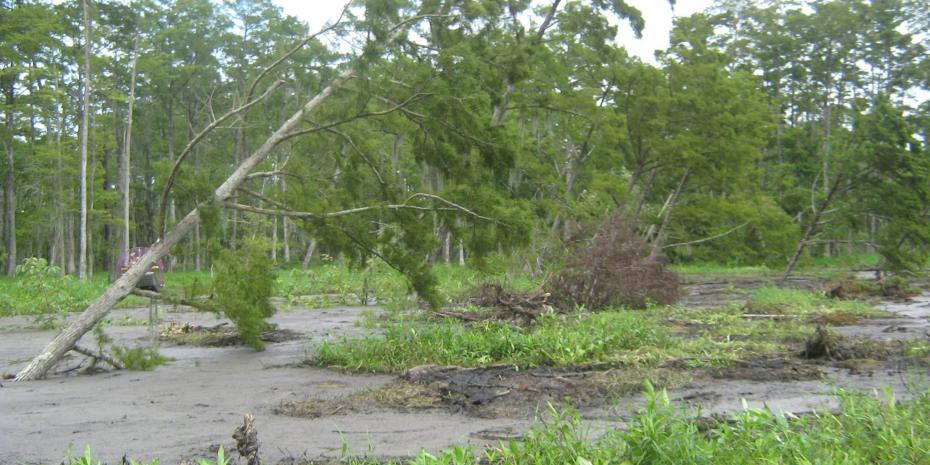 Above - Trees and debris at the site of Texas Brine's sinkhole near the Bayou Corne community.   Photo credit: John Achee

People like myself have been accused of being "alarmists" when it comes to some of the information that we gather, review, do our best to determine the veracity of,  and then post for all to see.

If I am an alarmist, then I wear that badge with honor because had there been enough alarmists back when Occidental Chemical's # 3 well was permitted over 30 years ago, most of you would have no clue that I even exist. I would have continued my carefree existence here in Bayou Corne, and none of us would have to had gone through this disaster.

Had there been alarmists working for the injection company overseeing Dow Chemical's storage cavern when the faulty well was made on the small casing on this rig, then our neighbors whose ancestors had settled in Grand Bayou over a hundred years ago would still be living there.

Had there been alarmists working at the plants that caused the ground water and air to deteriorate so badly in Mossville, then those residents may have not had to abandon their town.

Had there been alarmists working for the oil companies who emptied the vast stores of oil beneath our marshes and had their been alarmists at our state regulatory agencies who would have demanded that these corporations close their canals to salt water intrusions as their own permits demanded, then perhaps New Orleans would not have suffered so.

Perhaps Isle de Jean Charles would be a more viable community today rather than a talking point that one Senator from that area used to get a laugh on the floor of the Senate while defending one of the most atrocious bills that the Louisiana legislature has passed in recent memory.

Perhaps if our legislature had the guts to be alarmists, then meaningful regulations would exist today. Instead we have industry yes-men sitting where true statesmen should be sitting, politicians who would sell their souls for that campaign donation so that they could feel the euphoric rush of victory, politicians who forget whom they represent.

For those of you working in these industries, it is incredibly easy to "go with the flow" for fear of being shot down when you object. Disaster investigations are chock full of excuses like "well, it never happened before", or "we followed all the rules and procedures" or "the regulations allowed us to do that".  That doesn't cut it any more, people.

Lastly, we have our responsibilities here also.  We need to become proactive. We need to get off our collective derrières and sound the alarm - and not just through social media. That's all well and good and helps tremendously, but just as importantly, we must raise the alarm and report to the proper authority and keep record of to whom it's been reported. Only by holding people's feet to the fire can we be assured of action.  We must ensure that our representatives in local, state and national office know where we stand on environmental issues. There is plenty enough fault to pass around to both political parties, we need to be equal opportunity alarmists.

By standing united we are strong.  Perhaps through our joint watchdog efforts we might prevent some future family from suffering the same fate of the communities mentioned above. Let's each of us, to the degree that we are comfortable, become alarmists.. And once we believe that we have reached that comfort level, let us dig deep within ourselves and push a bit harder. We WILL make a difference. God Bless you all, and thank you!