Don't Let Nobody Take Your Watermelon 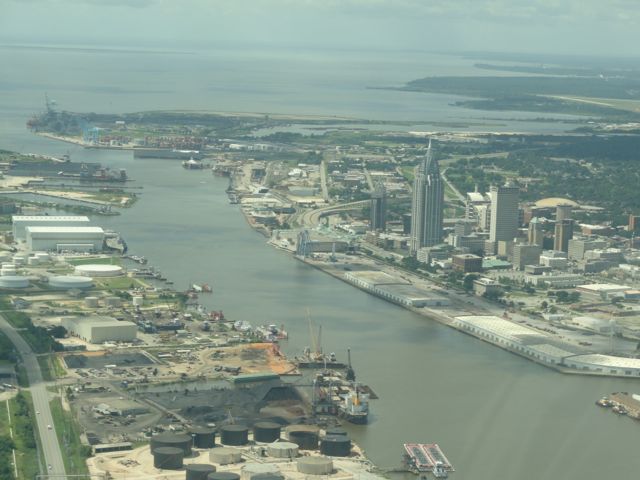 "Son, don't let nobody take your watermelon", was a phrase my  grandfather used often when I was a kid, referring to something you had of value that others wanted. Sometimes others will try to devalue what you have in an effort to make what they have seem better. Their efforts to make what you have meaningless could be a by-product of envy, greed, jealously or spite.

When I was a kid, we would visit relatives up north and on a hot day we would ask where did they keep the watermelons. They would laugh and refer to us as "watermelon eating southerns". However, when those same relatives came to visit with us and the vegetable truck came around, my father would have to purchase at least three watermelons to satisfy their appetite for the fruit.

When I was graduating from Marine Corps Officer Training School, we had a Battalion of over 200 graduates. Another officer and myself were selected to plan the graduation picnic. After we purchased the beer, we next went to a local farm and had the farmer slaughter several hogs to be bar-b-qued on the beach and his entire field of watermelons. Of course, we had some other items, but those three were the primary items.  Before the picnic ended we had to purchase more watermelons because they were the first items to go.

While eating watermelons may have been laughed at years ago, when you eat breakfast at some of the finest restaurants anywhere, you will pay a lot of money for fruit they will have on display which includes the watermelon.

Here in Mobile, Alabama we have a lovely city by the bay that we should not let anyone take away from us. Others come to town and try to force their vision on us with money and empty promises. We should stick to the "string of pearls" vision that was unveiled years ago. I often feel a hole in my gut whenever I drive east on I-10 near downtown, look to my right and see large cranes and heavy industries on the waterfront. Waterfront that could be used for family activities. 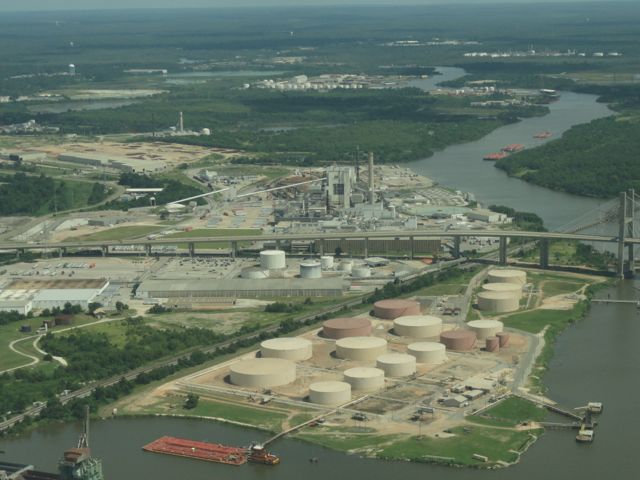 In the Africatown community, we also have a treasure that should be preserved. A treasure others want. As I said earlier in this article, others will try to devalue what you have in an effort to obtain it. Historic Mobile County Training School and entire Africatown Community is a jewel that should not be threatened by tar sands oil pipelines or super storage tanks. That community should be preserved and utilized properly as a source of tourism in the Mobile Community.

Dr.King had a dream, local business leaders have a vision. In the City and County of Mobile and the Africatown community the citizens have a goal, and that goal is to preserve our "watermelon" and not let anyone take it away from us and devalue its meaning.

Industry near the Africatown community.  Photo by Karen Savage, flight by Tom Hutchings