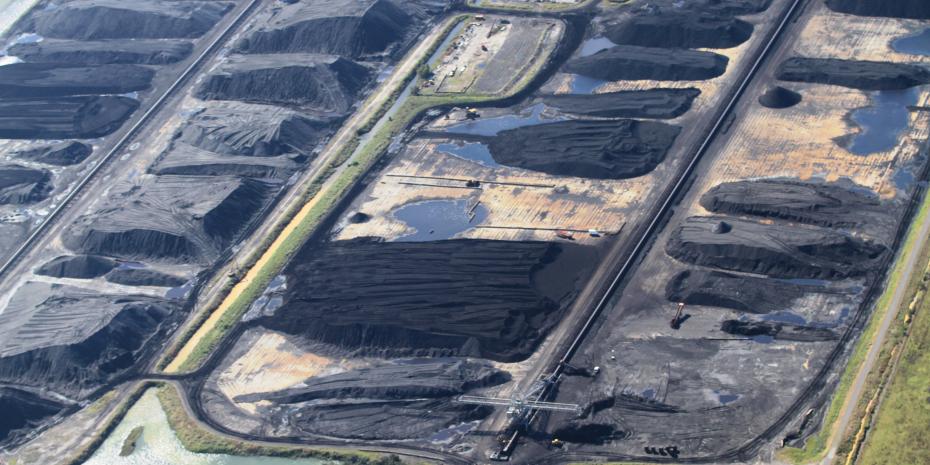 It is said by climate experts over and over again that “Louisiana is ground-zero for the impacts of climate change in the United States”. According to NASA’s climate projections, seas along the Gulf coast will rise anywhere from 8 to 20 inches in the next century. Factor in regional subsidence and, according to the Union of Concerned Scientists, the relative sea-level rise over the next century could be as high as 44 inches along Louisiana’s Gulf coast. Moreover, Climate change threatens to undermine the massive efforts underway in Louisiana to restore coastal wetlands.

Most climate scientists agree the main cause of the current climate trend is the ever-growing human driven “greenhouse effect” which results when gases in the atmosphere trap heat radiating from the Earth’s surface. Carbon dioxide or CO2 is one of those gasses. The burning of coal is one of the main contributors to the already dangerous levels of CO2 in the atmosphere.

Louisiana is an oil and gas producing state, so why should we be blamed any more than any other non-coal producing state for climate problems associated with coal?  The answer is: Coal exports.

Earlier this week, I was on a routine watchdogging flyover with SouthWings pilot Emmet Bartholomew searching for and documenting illegal pollution discharges. We flew over a coal export facility in Plaquemines Parish named the United Bulk Terminal (UBT). I have flown over the UBT facility at least a dozen times over the last three years or so to document illegal coal (and pet coke) discharges into the Mississippi River, in blatant violation of the Clean Water Act given the fact that UBT does not have a permit to discharge these pollutants into the river. Evidence in the form of photos and video that I have been gathering was in fact used in a successful CWA lawsuit filed by members of the Clean Gulf Commerce Coalition against the company. A settlement agreement was signed by the parties in October of this year. But, I digress.

While I continue to watchdog this facility for illegal discharges and indeed found new evidence this week which I reported to the National Response Center (Incident # 1134142), what was really on my mind more than anything else was, Paris. The day of the recent terrorist attacks in Paris, I was making plans to travel to France to attend events surrounding the Paris Climate Talks, or COP21. I have been to Paris twice and I love the city and the multicultural Parisian people. I wanted to bring the most recent photos of climate destruction along the Gulf coast to the events in Paris and share them with the rest of the world. Having new photos of UBT and the massive piles of coal being loaded onto ocean going ships for export overseas would be on point.

Click HERE to read more and to see Jonathan's pictures of the storage and illegal discharge of coal and petroleum coke into the Mississippi River at the United Bulk Terminal in Plaquemines Parish, Louisiana.