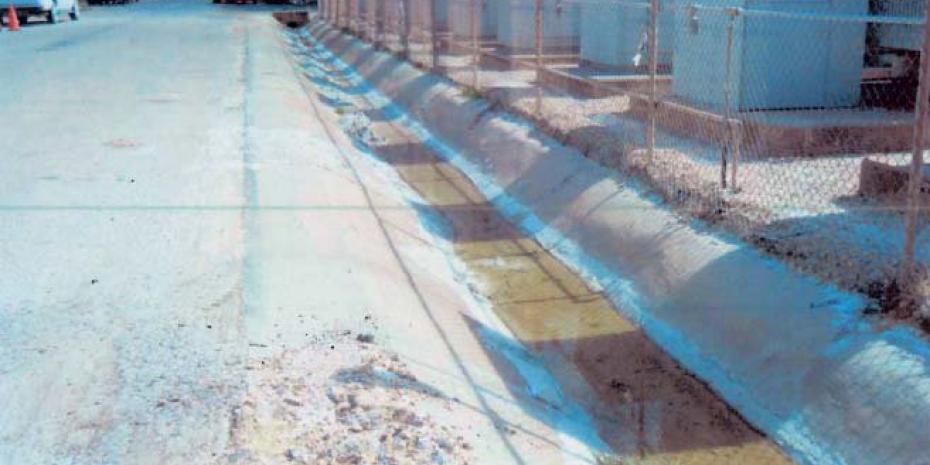 Austin, Texas – A coalition of groups consisting of the San Antonio Bay Waterkeepers, Union of Commercial Oystermen of Texas and Texas Injured Workers have challenged and won standing for a contested case wastewater hearing against Formosa Plastics, Point Comfort, Texas.

Photo: What appears to be PVC dust in a storm drain that leads to Lavaca Bay

“We take the condition of the bay and the oyster reefs in Lavaca and Matagorda Bay very seriously,” said Maricio Blanco, a local oysterman and shrimper who said he was very happy to hear the news of the oystermen’s standing and their hearing opportunity.

The wastewater permit by Formosa Utility Venture, Ltd. and Formosa Plastics Corp. (WQ0002436000) expired in 2010 and has been administratively allowed to continue for over five years while this major permit amendment has been pending.

The groups, which are represented by Texas RioGrande Legal Aid (TRLA), raised multiple concerns about Formosa’s discharge and the permit’s impact upon the Lavaca/Matagorda Bay system.

(TCEQ) commissioners voted to allow 17 issues to be addressed by the groups in a contested case hearing. The commissioners referred the case to first to an alternative dispute resolution (ADR) first and set a 12-month timeline for the hearing.

The issues to be addressed include:

“Lavaca Bay has already been contaminated in the past and we will do everything that we can do to make sure Formosa complies with the Clean Water Act and protects this bay for the people who rely on it for work and recreation,” said Erin Gaines, the TRLA attorney representing the groups.

“That means that every potential source of contamination or harm needs to be reduced and, if possible, eliminated,” said Blanco.

For years, Ronnie Hamrick, a retired shift supervisor from Formosa Plastics and Texas Injured Worker member, has been concerned with Formosa’s discharge of plastic pellets and PVC dust into the bay.