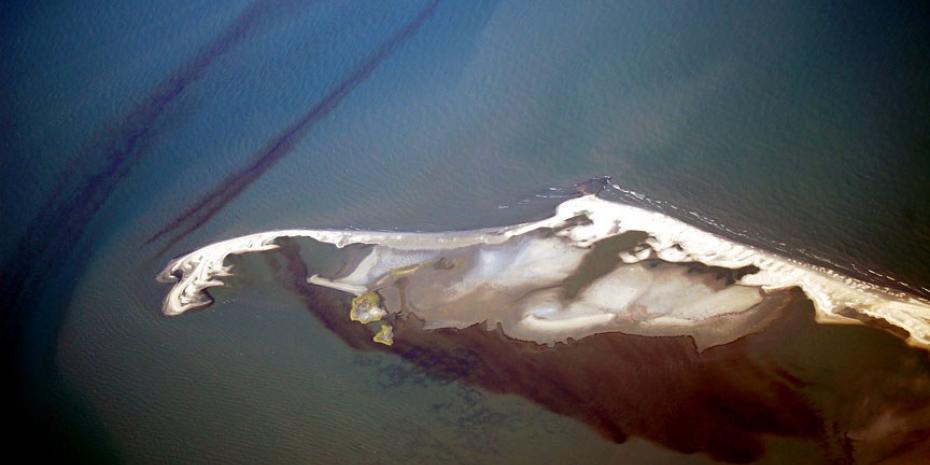 MOBILE, Ala. – Ashes to ashes, dust to dust.

Between these beginnings and endings comes water. You are mostly water. Remove it and only a sift of ash and grit remains.

This makes us the voice for our watery kin who cannot speak, who spring from the same source as we do and who share our fate, whether good or ill.

The water that forms us is of one substance with the water of the oceans, not as image or metaphor but as literal fact. When that water is threatened we are all in jeopardy.

And it is threatened—by the refusal to learn the lesson written with oily script snaking across the surface of the sea toward the coast from exploded, ruptured, leaky, abandoned, forgotten offshore wells. This refused lesson is also inscribed in the countless poisoned and suffocated creatures who died, in the fisheries never fully recovered, in the shriveled fishing communities, in the cleanup workers still sick. And the learning denied comes ashore in ruinous storms from seas heated by burning in a flash of time the geologic deposits of eons.

Nothing learned, the errors multiply. So this week 43 million more acres are being leased for oil drilling in the Gulf of Mexico, with additional tracts to follow.
And water in human shape is rising at the site of the lease sale to stop it.

This resistance is the essence defending itself against wayward parts that have forgotten what they are. These mistaken ones behave as if they are not water, as if they are not also mixed with a sprinkle of elements drawn briefly from earth and to be returned.

Instead they act like their reason for being here is to plunder and acquire. To accomplish this they deplete the very materials they are composed of, ignoring that they can’t continue forever to cannibalize themselves without finally being consumed.

Other consequences are apparent already: Gilded wealth for some, poverty and pollution for many. Dumps of toxics and trash spreading cancerously across the land, archipelagos of garbage clogging the seas.

Whatever the purpose of our presence on earth, this cannot be it.

We console ourselves with grander visions of why we’re here, while knowing these are fleeting. Every certainty of theology, ideology and science is doomed to be replaced or amended eventually by another.

We don’t know where we came from or why. We know only that we find ourselves aboard a rock with a skin of water and air twirling through a void.

Somehow, with borrowed bits of the rock and inhaled air, this water generated creatures capable at first of merely beholding their surroundings—and now of hugely altering them.

This presents a choice: whether to bring the spurt of our creation to a dramatic conclusion or to continue the voyage toward an unknown destination.

The looming sale of offshore drilling leases takes another step toward the concluding drama. It surrenders to the reigning belief that there ought to be no limit on what may be done with the world’s resources, and that if any damage occurs from this approach, it can be repaired by doing more in the same vein.

Demonstrators converging on the site of the lease sale embody the other choice. It rejects the vanity of self and the vision shrunk to now. It knows that all living things share the same watery origin and and so must abide as kin, rather than some exploiting others for illusory advantage.

And it senses that the water which spawned us granted thought and speech so we could serve as sentinels and guardians to keep the world intact on its course toward an obscure destiny. This calling summons people to action around the earth, as it does at the lease sale in New Orleans.

For info about the March 23 demonstration at the lease sale and about related activities go to nonewleases.org.