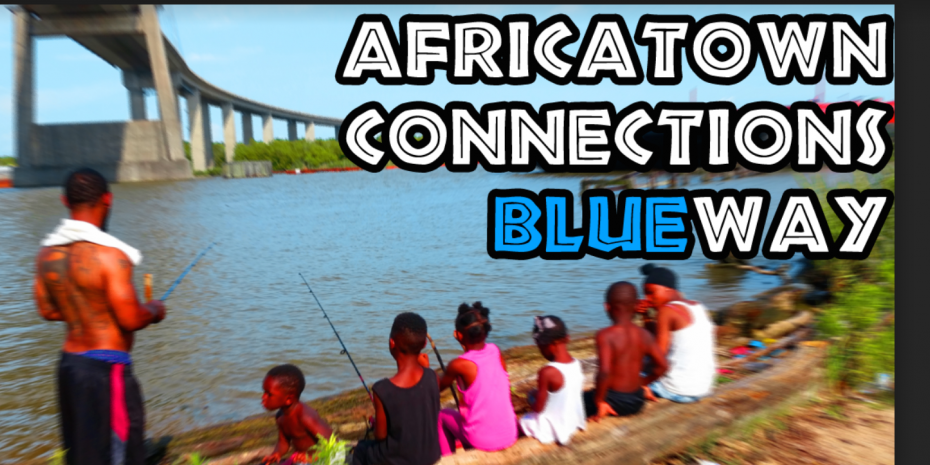 For the past two years, Africatown natives and supporters have been developing plans along with the National Park Service Rivers, Trails and Conservation Assistance Program (RTCA) creating a design plan for a trail network that would link the Africatown community to the proposed Africatown State Park, a 150 acre parcel of undeveloped, city owned land located 10 miles west of Africatown.

This trail network is known as the Africatown Connections Blueway and would offer connections to Chickasaw Creek and Three Mile Creek via water trails, as well as walking trails, linking points of interest, local schools, parks and businesses highlighting cultural and historical importance along the way. The entire concept of the Africatown Connections Blueway is consistent with what was asked for by Africatown residents in their Africatown Plan. The Africatown Plan is a study the city of Mobile paid $50,000 for and that was approved by Mobile's Planning Commission to create a viable community plan for the community of Africatown based upon the desires of Africatown residents.

"The National Park Service Rivers, Trails and Conservation Assistance Program selected eleven new communities and partnerships to receive technical and planning to promote the development of new outdoor recreation and economic opportunities and natural resources conservation. RTCA works with community groups, nonprofit organizations, tribal governments, and local, state, and federal government agencies to achieve locally-defined goals for natural resource conservation and outdoor recreation. RTCA also connects citizens with local agencies and organizations to create new parks, greenspace, and trails and protect important water resources. Types of RTCA projects include outdoor preservation, river conservation, and the development of recreational trails and greenways. The RTCA network of planning professionals, landscape architects and community planners helps communities across the nation achieve on the ground successes help local partners to make their rivers, trails, greenway and open spaces vital, life enhancing parts of their communities. The Africatown Community represents the story of the Tarkbar Africans who were forcefully removed from their homeland, sold into slavery, and then formed their own, largely self-governing community, all the while maintaining a strong sense of African cultural heritage. The current residents of Africatown wish to preserve and publicize the historical importance of Africatown to local communities and highlight the African American culture across Alabama and the United States".

In June 2018, The Africatown Connections Blueway Team revealed their plans at a community meeting sponsored by Africatown's C.H.E.S.S. community organization to a standing room only crowd during which there were plenty ohhhs and awess as well as a few ovations as the plans were being revealed to the public. Local television stations were there reporting the story as well as a couple of documentary teams. Elected state representatives and a state senator were also present for the presentation.

The Africatown Connections Blueway has 14 points of interest along its water trail, which stretches from the intersection of Three Mile Creek and Conception Street out to the Mobile River, north on the river to the historic railroad turnbridge, then north along the Chickasaw River to Hog Bayou and further north to Africatown State Park near Mobile College.

The 14 points of interest along the Blueway include:

On Saturday, June 16th -- Juneteenth --  a very successful event was conducted by the Africatown Blueway Team to celebrate the end of the planning phase of blueway development. The event was attended by more than 200 people, not including the more than 50 cars which were forced to turn back after a train sat for more than an hour blocking the only entrance to the event, which was held at the Clotilda Landing location on the western bank of the Mobile River underneath the Africatown Bridge.

The entire program lasted about four hours and included words from our Africatown elders. A reef was rowed out to the middle of the Mobile River to honor all slaves captured during the Transatlantic Slave Trade and the Excelior Band led a second line march around the area of celebration.  Free food was served to all that came and everyone agreed that this is only the beginning of good things to come for both the Africatown Community and its Blueway.