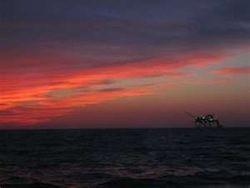 Well, here we are,  675 days since we all awoke to the news that the Deepwater Horizon oil rig had exploded in the Gulf of Mexico. Across the seasons since, we have borne witness to the near silent disaster that has continuously unfolded.  It would be a lengthy deposition, were we allowed to take oath and testify to our individual journeys. The witness stand would bear the truth of tar balls, tar mats, and fresh oil that continues to infest our delicate and diverse ecosystem.

There would be endless attestation to loss without apology, survivors without closure,  fisher families without options, cultures without recompense,  creatures without rectitude, suffering without relief, citizens without voice, and a population without justice.

Perhaps that is why it is without surprise that a few days ago a settlement was announced by the Plaintiff Steering Committee to "resolve the majority of private economic loss, property damage and medical injury claims stemming from the Gulf Oil Spill."

The settlement is to address only "individuals and businesses harmed by the spill," leaving Clean Water Act fines and possible criminal liability discussions to another day.

BP's announcement of the same decision started an uproar, with estimates spun, undoubtedly for the sake of shareholders, in the piddly amount of $7.8 billion; but with great relief it was soon revealed that there is actually no cap on either of the two settlement agreements.

The first agreement details economic damages which, according to the PSC release found here http://www.prnewswire.com/news-releases/plaintiffs-steering-committee-in..., will be based on individual loss, including loss to property, as calculated by a Risk Transfer Premium.

In short, this means an end to the maladroit Gulf Coast Claims Facility. There is a new sheriff in town, Feinberg, kindly take your millions and go.

The second agreement addresses medical benefits to those "who suffered acute or chronic illnesses from exposure to oil and chemical dispersants."  Although BP clearly takes the stand that it is not admitting liability on this issue, it is just as clear that is just not true.

In a freshly released article, the Government Accountability Project and Louisiana Environmental Action Network (through an anonymous source), present BP's own manual that lists "symptoms of exposure, such as damage to the central nervous system, chemical pneumonia, upper respiratory problems and injury to the kidney, liver or red blood cells (hemolysis)".

"The BP manual states that COREXIT is a chronic and acute health hazard under EPA standards, and its toxicity is so severe that special protective equipment and clothing are necessities," the article reads. Yet, as we know, across the Gulf clean-up workers were denied such equipment, regardless of OSHA's regulations which also allowed for their use.

In addition, according to the PSC, "residents and workers who suffer chronic symptoms or conditions from exposure will be required to submit medical records from the time of exposure and for ongoing medical care."

I believe that this new narrative which, for the first time, explicitly states the source and acknowledgement of health issues, while directly requiring an avenue of atonement, is good. But I have to say, the idea of required documentation concerns me, since there has been precious little acknowledgment by Gulf Coast health care professionals regarding the issue.

Let alone that, thanks to the economic disaster (and the across the board denial of health claims by Feinberg), most folks have not had the funds needed to visit their untrained and poorly informed primary care physician, not to mention a specialist in the field.

However, the settlement, "establishes a periodic medical consultation program for 21 years for people affected by the spill," and a "grant of more than $100 Million [that] will be used to establish a 5-year program to enhance access to physical and mental health care services."

This is where I would like to take a moment and make an acknowledgement concerning this new rhetoric. It is important to understand that this form of address has never before been seen in an environmental disaster scenario. I know, beyond doubt, that the above expressions regarding health are a direct response to the historical, committed, and unified work of so many people - both on the ground in the Gulf and across the nation.

From the time when we were demanding respirators for clean-up workers, to every meeting where people from every aspect of life stood and spoke "truth to power" - continuously petitioning attention to the health issue, to the call-outs to media, local, state and federal agencies, and politicians, to the feet-on-the-ground protests, rallies and town halls which were organized and held in every single Gulf state, across the nation, and on The Hill itself - we have stood our ground with honor.

We have spoken for the smallest among us, and to some degree, we have won.

And we weren't alone, from the beginning we have been supported by those who have been here before.  Heroes came from both the Exxon Valdez disaster and 9/11 First Responders, approaching us early in the spill, regarding what they predicted as dire health consequences.

Also, we have seen support from the people of Michigan, Yellowstone, Ecuador, Nigeria, Appalachia - members of a fast-growing, disillusioned fraternity.

While there is still much to do, together, we the people, have altered the outcome of this tragedy in a positive way, and perhaps set a precedence for future catastrophes.

It is unfortunate that we do not have the leisure of resting upon the laurels of the immense amount that we have already accomplished, but time is very short. As we well know, we must continue to hold this settlement in the realm of accountability, transparency and fairness.

Most importantly, is the further seeking of a true justice for the Gulf, and an "eyes wide open" dispatch of solutions.

A possible trial is still within sight, this one with regards to the states and federal claims, fines and penalties. It is imperative to the future that every aspect of truth be allowed to surface, that a true accounting of damage be accessed, that BP and others be held accountable. Necessary changes must made, and enforced, in order to keep this from ever happening again.

This is where the concern lies for me now, in an article like this one by the Associated Press, where University of Michigan Law School professor, David Uhlmann, states "[BP is] clearing the decks for a potential deal with the government that would end this litigation and enable them to move beyond the Gulf oil spill... The only trial I thought we would see in this case is the one that just went away."

By printing disturbing articles like these, I believe that they are "feeling us out", to see if we would allow such a thing.

If we do not react largely, in one voice, they will believe falsely that we have fallen for their illusion that we are powerless. My one wish is that everyone involved in this, everyone who cares, would understand that we can stop this.

We can write our own fate - in fact, we always have.

What if we decided not to accept this sort of side step to justice any longer?

What if we fearlessly, creatively, and collectively make a stand? We must not settle for less than we are worth, than our children are worth. This recognition, has been the only way that social justice has ever come to pass.

Make no mistake, it is with good reason that BP and associates wish for a global settlement - the truth would destroy them, in much the same way their greed and incompetence has devastated our waters, wildlife, cultures and people.

And although we fully support a complete trial, most of us have come to understand that we have few representatives within our government who have spirit enough, heart enough, integrity enough, courage enough, to stand before a corporation and demand justice on our behalf.

Therefore, we must, at the very least, have a full and open understanding of damages and truth. All information collected from the Spring of 2010 until now must be made available to the public - how else will we ever stand a chance at true recovery?

How else will we learn from mistakes made?

In addition, we must have a Regional Citizen's Oversight Committee, so that we may do what the bureaucracy cannot or will not - protect our children from those who would put their profit over our babies' lives.

Eighty percent of all fines collected must come back to the Gulf for restoration through the NRDA process and our fishermen must have first consideration of those jobs.

This is the way it must be, in order for even the slightest notion of justice to have been served.

Let's get busy, shall we?