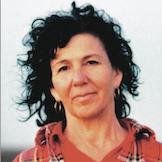 Diane Wilson is a fourth generation shrimper, mother of five, author, and an environmental, peace, and social justice advocate. Jailed more than 50 times for civil disobedience, Wilson has stood up for environmental justice and peace around the world. She is a co-founder of Code Pink, the women’s anti-war group based in Washington, DC, co-founder of the Texas Jail Project, which advocates for inmates rights in Texas county jails, cofounder of Texas Injured Workers, which advocates for injured workers in the petrochemical, oil, and gas industry on the Gulf Coast. She won the Blue Planet Award in Berlin, Germany for her activist work.