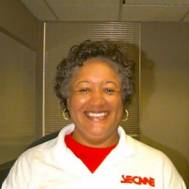 Yesterday U.S. Secretary of Housing and Urban Development (HUD) visited my African-American, low-wealth community in Mobile, Alabama, where we've felt the impact of Hurricane Katrina for five years now but never the relief. Now the BP oil spill is putting even more people out of work, and we're still struggling just to get houses repaired or rebuilt.

My neighborhood has been ignored for so long that we finally just created our own community development corporation, the Bay Area Women's Coalition, and started building and repairing homes ourselves. But the need is still greater than what we can do, and what we learned is that Washington hadn't forgotten us -- they didn't even know we were there.

But yesterday Secretary Donovan and his staff toured homes in our communities and sat down with us in our own little community center to discuss options and solutions. While the Secretary announced availability of 37 new homes for families, he also noted that it was only the beginning.

This Administration has done more in two years to right the wrongs and clean up the mess from Hurricane Katrina than was done since the storm made landfall in 2005. In Texas, Louisiana and Mississippi, they've begun to free up money that was directed to housing but then re-directed when it reached our states. And Alabama's no different, with houses still letting in rain and mold five years on. The people are the ones who are impacted by apathy, indifference or a lack of priority.

But we've got reason for hope and we've already seen change. We've got commitments to work together to finally heal our communities and make our families whole. "It's Alabama's turn," noted Secretary Donovan. And that's a promise I can agree with.