Mississippi fishermen angry about being blamed for turtle deaths 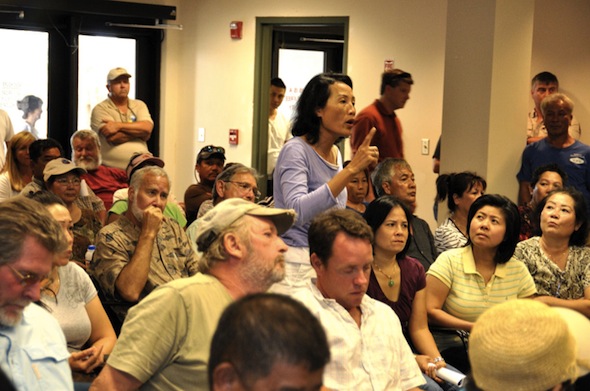 An uproar of local angry fishermen spoke out about sea turtle deaths yesterday at a public scoping meeting on Turtle Excluder Devices (TEDs) held by the National Oceanic and Atmospheric Administration (NOAA) and the National Marine Fisheries Service (NMFS).

NOAA is pointing fingers based on the theory that the rise in sea turtle deaths is caused by local fishermen during the BP oil disaster. Many shrimpers and fishermen are very angry that NOAA would do such a thing during a time like this.

If you look at the chart below by NOAA. It clearly shows that the sea turtle death spike right about the time of the oil spill. At this time most of the fishing boats vessels started to come into dock. We do not know where they are getting this theory from. 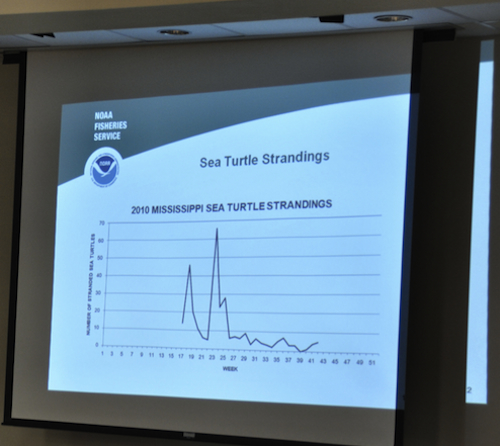 NOAA did not produce any evidence at this meeting showing how the fishermen caused the death of the sea turtles. It is ridiculous theory to start pointing fingers at the fishermen and shrimpers. It is hard enough right now to even make a living on the Gulf after this BP disaster. Shrimp prices have dropped and fuel is high.

This is just another burden to put on top of the fishermen and shrimpers. In the end, it seems like NOAA and NMFS are just helping BP steer clear of this issue.

Someone has to be blamed for it and the finger right now is pointed at the fishermen and shrimpers.  What is even more suspicious is that they have already come up with alternatives for solution. Even though they say right now it is a theory and opinion.

The three choices "to reduce sea turtle mortality" NOAA & NMFS are considering are:

Alternative 1 (No Action):  This alternative would allow the shrimp fishery to be fished in the same manner as it is currently fished.
The current TED requirements would remain in place and no additional measures would be required to reduce potential sea turtle interactions.

Alternative 2:  This alternative would withdraw the alternative tow time restriction at 50 CFR 223.206(d)(2)(ii)(A)(3), and require skimmer trawls, pusher-head trawls, and wing nets (butterfly trawls) rigged for fishing to use TEDs in their nets.  This could apply to vessels in only the Gulf of Mexico or the Atlantic Ocean, or apply to all vessels.

Right now it just seems like another nightmare for the fishermen and shrimpers is starting all over again. 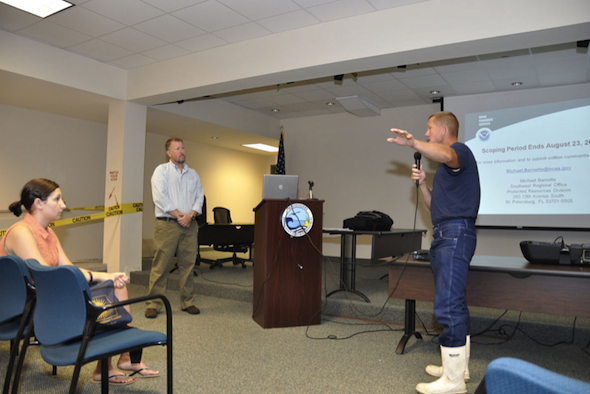 Mickey Sou is the Treasurer for Asian Americans for Change and the Historian for Gulf Coast R.E.A.C.H.