For Young Black Men in American Cities, You’re Either Invisible or Viewed as a Threat 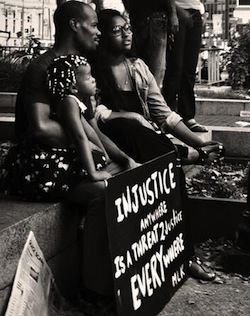 Originally published on Next City. My wife and I left the New Orleans Morial Convention Center in a limousine last Sunday, both of us hyped from her appearance that morning on the MSNBC show, Melissa Harris-Perry. My son and sister-in-law were along for the ride.

On November 27, news broke about a black teenager in Jacksonville named Jordan Davis who was shot and killed by 45-year-old Michael David Dunn apparently after an argument between the two over loud music. On November 28, news broke about U.N. Ambassador Susan Rice, the frontrunner to replace Hillary Clinton for Secretary of State, who has financial holdings in a number of companies that could benefit from the building of the destructive Keystone XL project.

Voting Rights Haven’t Gotten Such Attention Since 1965. What Did We Learn?

Crossposted from Colorlines. A little over a week after the presidential election has ended, many voting rights watchers are reflecting on all that we learned through this year’s campaigns: what went right, what went wrong, and the unresolved challenges that remain ahead.

Crossposted from Colorlines. News reports say that BP has entered into a settlement with the Department of Justice for criminal penalties for the 2010 BP oil disaster in the Gulf of Mexico. According to The Washington Post, BP has agreed to pay $4 billion over five years for their role in the explosion of the Deepwater Horizon drill, which led to 11 workers dying and a lot of Gulf fisherfolk put out of work. 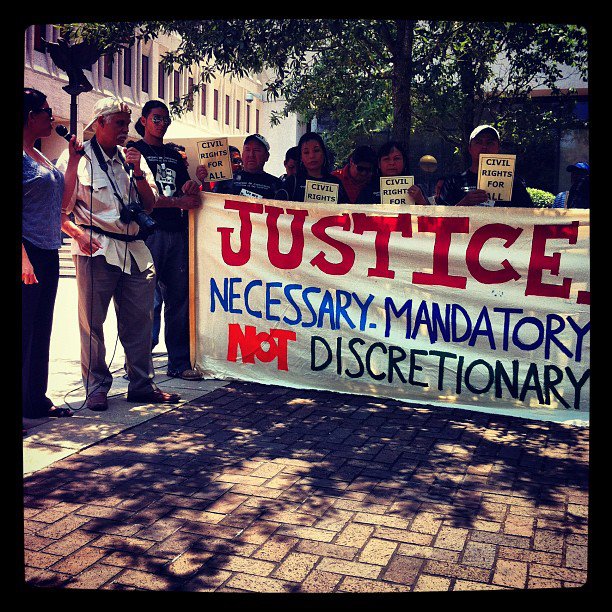 As we approach the 4th of July, the ground is finally breaking for coastal restoration and immigrant workers’ rights in the Gulf Coast region.

The 'Southern 32' Take Stand Against SCOTUS Ruling On Racial Profiling 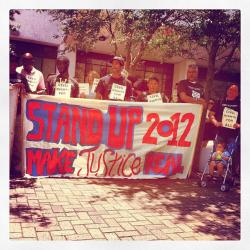 Neither a US Supreme Court ruling, nor the DREAMy concession from President Obama on easing immigration laws provided the protection needed for 32 immigrant workers in Louisiana who are at risk of being deported and separated from their families after speaking out about worker abuse.

Gulf Watch: Shrinking the Times-Pic and the Digital Divide, H2B Guestworker Struggles Continue and the Fate of RESTORE Act 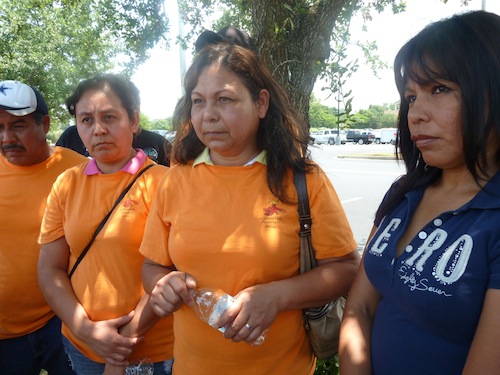 Scott Walker’s recall election survival in Wisconsin this week was tough to swallow mainly because of his stance against workers rights. Hopefully it’s not a sign of things to come for workers rights, especially in the Deep South where organized labor has rarely ever been welcome, leaving the door wide open for exploitation, especially for immigrants seeking opportunity in the U.S.

As the BP oil disaster claims process leaves the hands of the Gulf Coast Claims Facility and goes under court supervision, there's unfinished business, or rather an unfulfilled promise that it looks like Kenneth Feinberg's old outfit may be trying to cover up. Meanwhile, Alabama covers up its ugly immigration law with an even uglier one. 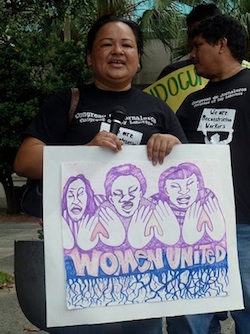 Roughly two weeks after the second year memorial of the BP oil disaster, a few moving parts are looking like they're coming to closure, even if not on completely amenable terms. The federal judge overseeing the trial against BP has approved settlement terms.  And Mississippi passed a law to encourage local hiring in the wake of disasters.  Meanwhile, national policymaking and politics that affect the Gulf Coast continue.