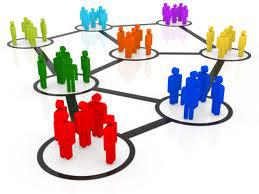 Originally posted on Facebook, April 4th 2012. The week before last I was invited to speak at a Gulf Coast justice leadership summit held in Mobile, AL. While there I had the fortune of meeting and speaking with more than a handful of folks who have been working on environmental justice issues on a local and regional level for many years – some, as long as half a century.

I heard stories from fence line communities up and down the Gulf Coast. Stories of white crosses hammered in green grass lawns, one for every person from that family who had struggled and/or lost a battle with different forms of cancer. They said at a certain point in time, a person would drive along and white crosses were like corn rows lining the streets.

With watery eyes on faces that often broke into proud smiles, they told me how hard they had fought – 5 years, 15 years, 20 years, some still fighting.

There were stories of loss – fathers, mothers, sisters, brothers, babies. Also, many shared stories of victories – in courtrooms, in media, with the EPA, with the politicians. All told stories of great fatigue, of resistance, of betrayal, of apathy, of encouragement, of strength, of compassion, of love, and love, and love.

One lady in particular, a woman of 70 or more, held my hand in hers as she told me how she had once lived on one of four low-income home lined streets, located beside an enormous chemical plant.

She said 2 of the 4 streets had not stood with the others in a fifteen year fight for health in their toxic community.

She said that they had called her names, cursed her, questioned her motives and her sanity, even stretching the truth about her at times. In the meantime, she had lost her mother and her sister to these cancers that plagued her neighborhood. And still steadily she had pushed forward.

She had traveled the country and world in her fight. And I watched as her eyes lit up as she explained that finally – after a courageous trip overseas to face the shareholders, to hold truth before them, armed with a Louisiana Bucket Brigade bag in one hand, a vial of water in the other, and Wilma Subra’s test results in front of her, she had asked God himself for protection and clarity of voice - she had won.

They moved her, and her entire community – including the 2 uncooperative streets, into new homes, safe from the toxic fumes of the Dutch owned chemical company.

You see BP wasn’t the first company to spread poison on the population of the Gulf of Mexico. In fact, I believe, it’s the “getting by with it” factor, that tends to frequent our communities, which set the stage for the events we have seen since.

Further, I feel like it is ultimately through the building blocks put in place by the calloused hands of these contemporary heroes that our fight has gained any ground at all.

Being the wife of an oil worker, often I see first-hand the types of injuries inflicted by some dishonorable corporations. There has yet to be a study of these workers regarding their health, but I can tell you, I know too many who die too young providing energy to the nation – many missing digits or limbs, many who suffer the very same health effects that we are seeing in residents and clean-up workers from the spill.

Who speaks for them? These family men and women who literally put their life on the line, to power our vehicles, to provide medical supplies for our sick, shoes for our children, parts for the computer which you are reading this on right now.

Let us not forget the first souls lost and injured by the events of April 20, 2010, were that of the American oil worker. The first mothers crying, were for these 11.

Do we need to get off of our heroine-like addiction to oil. YES! A screaming, unyielding YES! But honestly that is going to come down to a commitment by every single one of us.

It will require a patriotic end to a codependent society. It will hurt, and until the narrative changes, and actions follow suit, we must be honest with ourselves as to the chances of that happening anytime soon. Too many of us are sleeping now.

It is that needed awakening that motivates me to feel that we must, whenever possible, connect the dots, draw the line and unite these communities across this country, to whom suffer from the same sort of issues.

We must make this call for a larger movement. We must have a never before seen, feet on the ground initiative calling for justice for our Mother and her children, you see?

For now, we can also begin by looking inward, and decide whether we need those plastic bags, whether we have to drink from a plastic straw, whether it is more important to be at a 100 percent comfortable temperature year round than it is to save our planet.

Humanitarianly, there must also be a concurrent call for the immediate investment in alternative solutions and a well-planned, infrastructural net here in the Gulf. Unfortunately, we just do not see that happening as of yet.

Until then, we must protect the worker and the whistle blower, THEY are our first line of defense regarding another catastrophe.

We have to change the narrative of this fight. People must know that through our love for ALL of our people and our ecosystem we will stand in protection – for the fishers, for the oil workers, for the pelicans, for the dolphins, for the tourists, for the beaches, for the marshes, for our children, for ourselves.

It is so much easier to fight for something than against something. So let’s get to fighting – for clean air, for clean water. By doing so we would bring in all allies both here on the Gulf, but across the nation and globe as well.

I would also say, let us try to not waste our time on people with no vision. Honestly, we have no time to stop and convince one. We must be focused and results oriented.

Truth is, the Gulf Coast Detox program is working. People are getting better. After all the suffering seen, all the hands held, all the tears on shoulders, all the hospital rooms visited and all the fear regarding deathbeds and corn row graves – I say, I don’t give one inch of damn if the money comes from Jesus or the devil. We want our people to live.

We have accomplished great things in the Gulf fight for justice, yet there is several lifetimes of work left to do. Let us get down to it then.

As for “celebrity activists,” I don’t know any. I know "tired activists”, I know “broke activists”, and God knows I know “hardworking, courageous activists.” But mainly, I know moms and dads, fathers and mothers, sisters and brothers, who individually woke up one day and realized that they are not free - regular folks who figured out that they live on a dying planet, with little to no representation, and only a small voice.

But they are using that voice, and they are making the calls, and they are gathering the people, and they are speaking the truth, and most importantly, they are encouraging others to feel value in themselves enough to stand up and make a difference.

It has been said, “The law is theater and the best story wins.” Well, they are telling their story, and the story of others, with every bit of energy they can muster, and God bless them for it. We must remember that most heroes, in their day, are called heretics, idiots, trouble-makers, lime light grabbers and enemies of the state.

And it will take their sacrifice and more. Just like in any past or present social justice movement, there must be fearless people willing to put it all on the line. There must be the blister-filled walks, the lunch-counter arrests, the water-hosed children – that has always been the price of freedom. God bless those willing to pay it.

Truth is, people across time who knew the truth and felt in their heart that an act or societal structure was wrong only stood up when they saw good people falling down. Sacrifice begets awakening, awakening begets courage, and courage begets change.

Make no doubt, change is coming.

This will be my last note on Facebook. Please continue to read my posts, along with many other great folks', on Bridge the Gulf and other sources.

Frankly, I grow tired of the use of this tool as a platform used to attack others by a limited few; as well as, the propagation of the notion that anything can really be accomplished on a Facebook wall. In order to make any lasting change to the world, you must be out in it. Once there, I guarantee you will find that you haven’t time to criticize, there is just plain too much to do.

I do wish those whose only connection to Gulf issues are through Facebook to know that there is unity here. It is often offline and it is powerful. There is no dissent or ill-will through on-the-ground groups and individuals who are actually doing the work, and know that Facebook and other forms of social media are no more than information sharing tools.

Honestly, they are just more professional than that. Thank you for continuing to support them.

In closing I would like to say thank you, to all those brave souls working on these issues from every angle, to those who walk the beaches and marshes taking photos, to those who sign the petitions, who march in rallies, who share information, who connect the dots. No one voice is more important than any other, and I can safely say, we all truly appreciate yours. You will never know what you mean to a bunch of tired people, stuck in a very hard time.

With much love and respect,