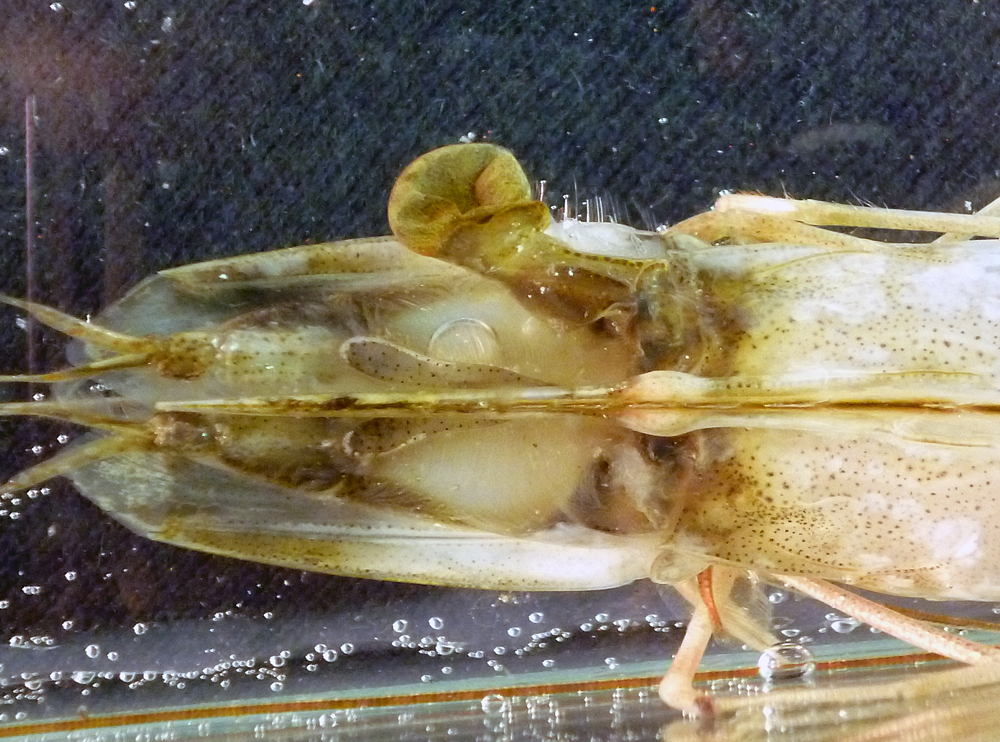 Photos and specimens collected by Gulf Coast fishermen, scientists and coastal residents will be included in Brandon Ballengée’s upcoming exhibit, opening on Saturday, May 5th in New York City.

According to the Ronald Feldman Fine Arts Gallery, where the exhibit will be on display:

Brandon Ballengée, a visual artist and biologist, will exhibit sculptural installations and photographs at Ronald Feldman Fine Arts in his first major solo exhibition in New York.  The exhibition, Collapse: the Cry of Silent Forms, consists of three bodies of work that explore the effect of ecological degradation on marine life and avian and amphibian populations.  Synthesizing scientific inquiry with art-making, Ballengée   transforms his field research into metaphors that reduce life to its essentials.   (Above: Shrimp with assymetrical eyes. Photo credit Brandon Ballengée)

Collapse responds to the global crisis of the world’s fisheries and the current threat for the unraveling of the Gulf of Mexico’s food-chain following the BP oil spill.  The large-scale installation, a pyramid display of hundreds of preserved fish and other aquatic organisms in gallon jars, recalls the fragile inter-relationships between Gulf species.  Empty containers represent species in decline or those already lost to extinction.

The following specimens, submitted by an Alabama shrimper, were collected in various locations between Dauphin Island and Horn Island between November 2011 and March 2012.   Please click here for more information on Brandon Ballengée and Collapse: the Cry of Silent Forms.

Discolored shrimp with what appears to be oil under shell 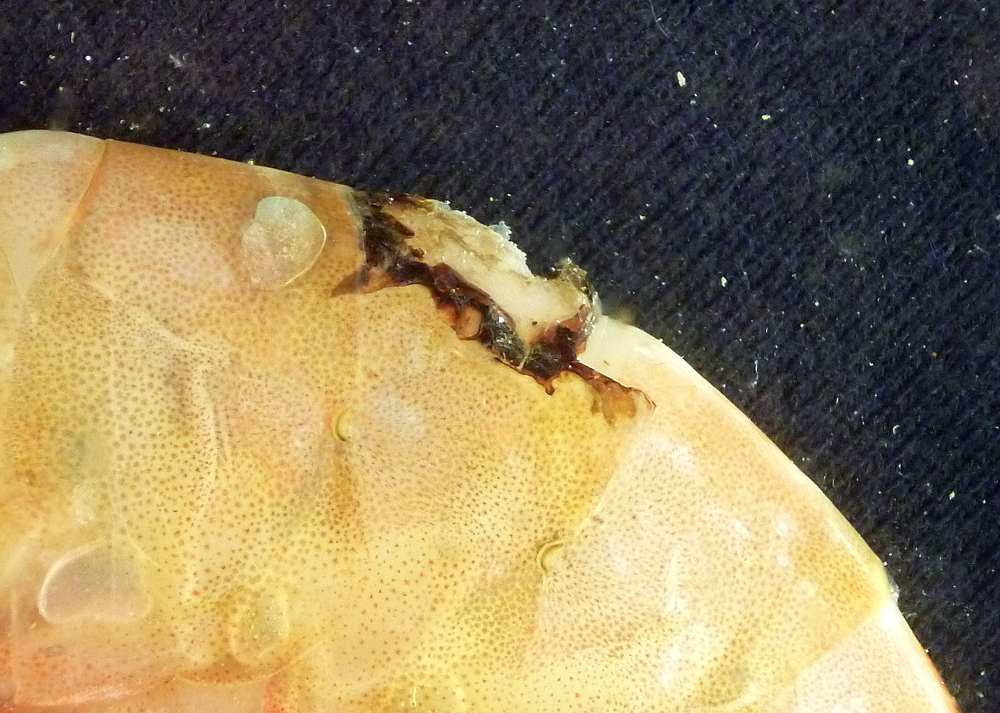 Lesion on shrimp stained by what appears to be oil 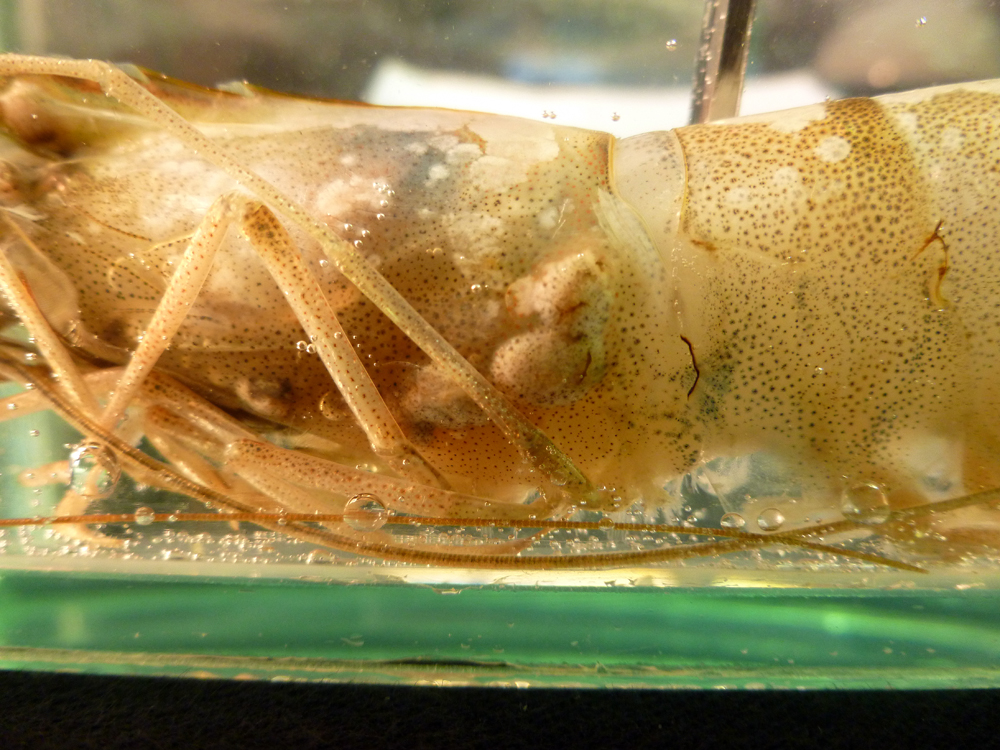