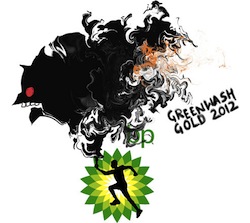 Often times when I go to speak, I tell the story of how I became involved in issues involving the Gulf Coast and its seemingly permanent trek down the road of man-made and natural disaster. For me the moment of awakening came on a boat floating around in thousands of gallons of oil soaking into Barataria Bay.

When I tell that story of the fisherman, the boy, the dying bird and myself, it always feels like I am there again. I can smell the oil, feel my eyes burn, watching the face of that little guy looking up at me from his knees, as the life drained from the pelican. I can see the question in his eyes, “Why?” And in a background of deafening silence, except for the weeping of the boy’s father, I feel the shame of not having an answer.

This feeling has been repeated for me across the Gulf, the nation, and especially along my walk up to D.C.

On that journey, we walked through rural towns and urban cities who have felt the sting of the same sort of lack of conscious that we in the Gulf have faced time and again - a collective sea of American people who know that they lack voice, have little representation, and are given no answers - that they are, in many ways, no more than sacrificial lambs.

It has been told to me many times that until people are directly affected by these events of corporate and governmental sponsored torture, they will not respond or act in their own saving. I do not know if it is fortunate then that more people than ever before are dealing with these issues. My spiritual being cries for others to not have to suffer as we have; yet, my head says, “Maybe when enough people are affected, we will all stand and put an end to these sorts of tragedies.” I do not know which part of me is in the right.

The movement for Environmental Justice has been around since the early 80s, and yet I feel like most people are either unaware of its existence or are unfamiliar with its cause. Simply stated, Environmental Justice deals with the overburdening of some communities, mostly minority and low income, who are disproportionally and negatively affected by industrial facilities and pollution, and consequentially suffer a wide array of social and health injustices.

In my eye, the entire Gulf Coast is, to some degree or another, an Environmental Justice community. The majority of our residents live, work and play, in areas devoid of corporate or governmental conscience.

Why? Why did BP and the government leave us after the BP Deep Water Drilling Disaster to, once again, suffer at their absent hands? Why do they think they can so easily get away with deceiving the public, while poisoning our people, trampling our rights as citizens, and destroying our precious ecosystems?

Because by and large, we are poverty stricken, Cajun, African American, First Nation, and Asian immigrants (among others), often reliant on droughted public services and corporate-sponsored elected officials.

This is why, as an advocate, I feel born and rooted in the Environmental Justice movement. And further, hold hope in the continuing marriage of this advance to the movements for social justices, the labor movement, the civil rights movement, the climate movement, the environmental movement, and any others that focus on healthy, thriving communities, personal freedom and ecosystem recovery.

As we move forward, we must try, as often as possible, to reach out to ask, “How can we join you? What can we learn from each other? How can we advance together in this shared seeking of environmental justice for our communities?”

Only through these sorts of exchanges will we be able to draw enough support to create the change we need in order to protect our lives, our Earth, and future generations.

An easy, obvious and important step toward that larger benefiting vision can be taken by giving support to the global initiative "Greenwash Gold 2012,” sponsored by the London Mining Network, Bhopal Medical Appeal and the UK Tar Sands Network.  BP is a "sustainability partner" of the 2012 Summer Olympics in London, along with an impressive array of other corporate polluters.

The idea that BP would even be considered as a “Sustainability Partner,” is no less than a finger to an open sore of our victimized Coast, EJ communities around the world, and a symptom of the perpetual selling of our cultural value to corporatized greed.

Further, the Olympics is a huge event, and millions, if not billions, of eyes will be focused there this summer. To not tap into that entity as a point of awareness is an opportunity lost.

In the interest of justice, we must reach out through the global community and effectively take away BP's social license to operate on the unmindful and criminal level to which they have become accustom. That is the basis of holding them accountable to what they have done, and could well be a huge stepping stone to ultimately acquiring corporate responsibility as a whole.

If you have not, please go to greenwashgold.org and cast your vote for BP, as the biggest "greenwasher" of the 2012 games.

In closing, I wish to once again thank you for all of your hard work. I see so many now. Good souls, working together for the common good of humanity and our Mother. It makes my heart have hope for us, to recognize this slow shift in understanding in connectivity and the active engagement of our peoples.

We must remember that there will be no single heroic act. Change will come through thousands of small acts, encompassed in a movement - this is the way it has always been. I wish to encourage you to continue to move forward with your advocacy in the most loving way possible.

Do not be daunted. Love is a force, our force has power. And through our love, we will win.

************
Cherri Foytlin is a journalist, oil worker's wife, mother of six, and Louisiana resident whose family has been deeply impacted by the BP Oil Disaster and consequential moratorium on deep water drilling. She co-founded Gulf Change, blogs for www.BridgeTheGulfProject.org, and walked to Washington D.C. from New Orleans (1,243 miles) to call for action to stop the BP oil disaster. She has been a constant voice, speaking out to the Obama Administration's Gulf Oil Spill Commission, and in countless forms of media. Cherri will continue her fight for the industries, people, culture and wildlife of south Louisiana and the Gulf Coast "until we are made whole again."