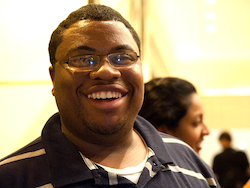 Stephen Teague is a staff attorney at the Mississippi Center for Justice, where his main work is providing free legal assistance to people who have claims with the Gulf Coast Claims Facility (GCCF), the mechanism that was set up to compensate those who suffered economic losses as a result of the BP oil disaster.  He recently spoke about the GCCF with Bridge The Gulf and the Institute for Southern Studies for the report Troubled Waters: Two Years After the BP Oil Disaster, a Struggling Gulf Coast Calls for National Leadership for Recovery.  Since our interview with Teague, a Department of Justice audit of the GCCF found that 7,300 claimants had been underpaid, and are owed $64 million.


Bridge The Gulf / Institute for Southern Studies: Who are some of your clients and what kind of issues are they facing?

Stephen Teague: Our clients are people across the Gulf Coast whose incomes were negatively affected by the oil disaster. So that would be, for example, people who work in casinos, hotels and other service industries;  who suffered a hit in their pay because of decreased tourism to the Gulf Coast; people who made a living in an oil-related field—manufacturing piping and other equipment used in oil exploration, for example; construction workers, etc.  We have a vast array of clients.   Some of the problems that they face are: repeated requests for documentation, huge time lapses between the time that they apply and the time that they receive payment. Or not being compensated at all, because of inconsistent rules the GCCF has. For example, people who worked on oil rigs and worked in other industries that made oil exploration equipment cannot get paid by the GCCF because originally there was another fund set up, a moratorium fund.  But that entity is no longer accepting applications or paying people anything. So, people who work in those fields are just left out in the cold.  We have to try to help those people.   Small business owners who can't get paid. People who don’t know exactly what documentation to provide to prove that they’ve had losses.  Things of that nature.

BTG / ISS:   Give an example of one person and what they are going through.

Teague: Well it’s not just one person, but there are several people – or, way more than several people – who work side by side with someone who has gotten compensation from the GCCF, working the same position, same amount of hours, same employer, all of that kind of thing.  For some reason their co-worker got paid, but they didn’t. We see that often.  And there’s no explanation for it. We’ve been successful in overturning some of those determinations.

BTG / ISS:   What’s your overall assessment of the process?

Teague: The claims process is so case-by-case that it’s hard to give an overall picture. We have gotten compensation for some of our clients. For others clients, the barriers are more difficult and we’ve been working with some for a year and we cannot seem to get compensation for many we think deserve compensation.

BTG / ISS: What are the Mississippi Center for Justice's priority over next 1-2 years?

Teague: In terms of the BP oil disaster response, our main focus and priority is making sure that, no matter what process is set up or how the claims system is revised due to the settlement agreement, people are treated equitably across the Gulf Coast. For the longer term, we want to demonstrate how important it is that access to free legal services is a cornerstone of any claims recovery system. The regional response that we have been able to establish is making a difference for thousands of people who might have otherwise been left out of the process.

BTG / ISS: How would you say impacts of BP disasters are felt across race, gender, ethnicity, etc.?

Teague: Well you know, I think that there are citizenship status issues and a lack of understanding in the initial claims system about the different culture of coastal-based economies. It’s hard for a person who may not be a full citizen to provide the necessary documentation that they need for the process. There are numerous ways to demonstrate income and losses, and any claims system must take into account the culture of the local economies most affected by the disaster. Also, we see that people who work in hourly wage jobs, sometimes get the short end of the stick.  I think those are the most prevalent issues we see.

BTG / ISS: What solutions are you providing?

Teague: The Mississippi Center for Justice is the head of a consortium of legal services providers across the five states. Many of the attorneys who participate in the consortium have previous experience helping people in post-disaster situations, and they know the barriers that low-income people face in gaining access to justice. The consortium has played an important role in advocating for change to the claims system to make it more accessible to the most vulnerable citizens, and to make sure that free legal help is available to those who cannot afford attorneys. That consortium meets with the administrators of the GCCF on a bi-weekly basis, trying to get solutions, trying to get changes made. And you know, we’ve been successful in many instances.

BTG / ISS:   Bigger picture, what could President and Congress do for Gulf Coast issues?

I think that the President and Congress can enforce the mechanisms that are already in place to make sure that we have a Gulf that can sustain itself and the human communities around it. We have regulations in terms of deepwater drilling, but we need for there to be more oversight and more enforcement of the penalties that are associated with those regulations. We also want to ensure that the Oil Pollution Act is enforced and that people have every opportunity to access recovery resources. 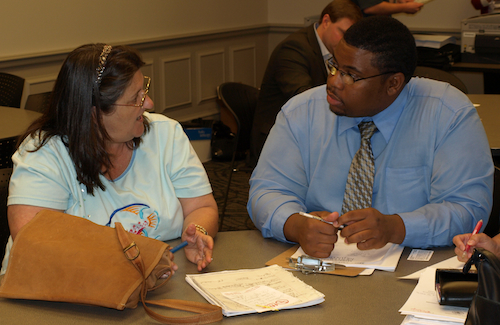 BTG / ISS: What do you see missing from the national conversation about the Gulf?

Teague: I'm not from this area, I'm from Virginia.  And before becoming involved with the Mississippi Center for Justice, I really didn't realize that, for instance, the recovery from the BP oil disaster was still going on. You know, after the well was capped it, we just assumed everything was ok.  It was very surprising to me when I was learning more about the process and the issues that people are still having, even today, with recovering from the oil disaster, and the Gulf Coast economy recovering from the disaster.  So I think that the nation at large needs to know that it's not over.

BTG / ISS: Spell out a little more those impacts…

Teague: Well, economic of course.  We hear stories day after day from fishermen who come in and say that they're not able to catch anything anymore.  You know, two years after the disaster they're still not able to make the living they used to be able to make.  We also always hear stories about dead animals washing up on the beaches on the Gulf Coast.  Before coming here I didn't know of these issues, and I'm sure that a lot of people still don't know of these issues right now.

BTG / ISS:   What motivates you to do this work everyday?

Teague: Honestly it's just the need I see.  People struggle every day.  I originally came here to Mississippi Center for Justice's Jackson Office as a volunteer, because I love the issues that they work on - foreclosure prevention, the campaign to end payday lending (or reform it at least), health law issues, things of that nature.  So, the need that the people have here and the heart that the people of the Mississippi Center for Justice have, motivates me everyday.

BTG / ISS: Will you talk a little more about those other social justice and environmental issues do you see impacting Mississippi?

Teague: You know Mississippi is at the bottom of a lot of lists, education, teen pregnancy, foreclosures, payday lending.  In Mississippi a payday lending company can effectively charge a 572% interest rate on loans that they give out to consumers.  Often these payday lending outfits are placed in the most vulnerable neighborhoods and areas of Mississippi.  The Mississippi Delta is full of them.  I would say generally Mississippians struggle with access to programs and knowledge of programs that could benefit them.

BTG / ISS: Do you ever think about what a big solution would like, what it would take to make BIG changes?

Teague: I would say that it starts with awareness.  The more people know, the more knowledge they have, the more empowered they are, and the more able to change their surroundings and their state.

Photos courtesy of the Mississippi Center for Justice.

Interview conducted by Ada McMahon.  The transcript has been edited for clarity and length.