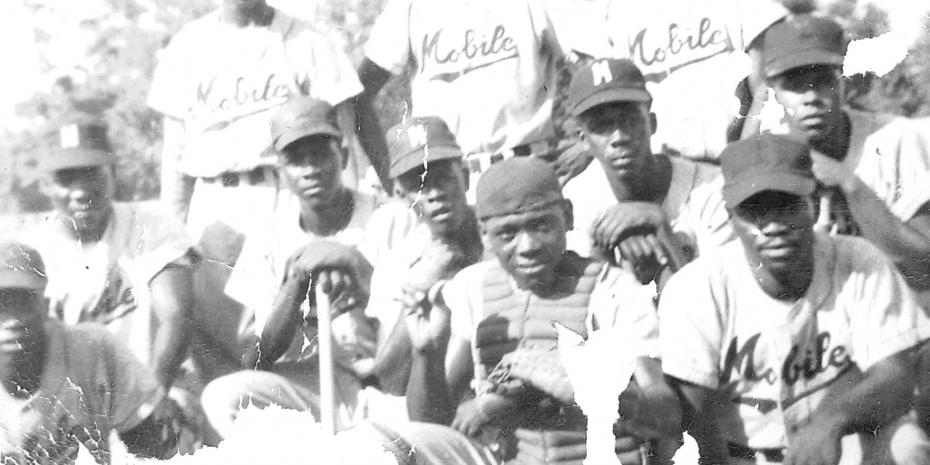 Most of you have heard of "Fats Domino" and "Minnesota Fats" but have you ever heard of "Africatown Fats"? Probably not. That's because "Fats Domino" is in the Rock and Roll Hall of Fame and is the pride of New Orleans. "Fats Domino" and his music were popular throughout the world in the ‘50s, ‘60s, and ‘70s. The style of music he created made him both rich and famous. He traveled throughout the world promoting himself and his music. He was a large man, thus the nickname "Fats". However, his music was larger than he was and made him famous forever. "Minnesota Fats" was also a large man but his game was pool. During the height of his gambling days he was considered the best pool player in the world. He won a record number of professional pool tournaments and made himself famous by his ability to make some of the toughest shots on the pool table. Both "Fats Domino" and "Minnesota Fats" made themselves rich and famous with their skills and therein lies the biggest difference between those two "fats" and Mobile's own "Africatown Fats".

"Africatown Fats" was Mr. James Robertson, who passed in 1974. He was an unsung community baseball champion who touched the lives of hundreds of players through his involvement in owning and managing a "negro" baseball team during the ‘40s, ‘50s, ’60s, and ‘70s. Some of the players he influenced are legendary in the annals of Mobile sports – baseball Hall Of Famers such as Hank Aaron, Billy Williams, and Willie McCovery. Also, 1969 Miracle Mets outfielders Cleon Jones and Tommie Agee all were influenced by "Fat" Robertson. James Robertson was affectionately known as "Fat" throughout the "Negro Baseball" world in Mobile and along the Gulf Coast because he was a big man, standing 6 feet and weighing over 300 lbs. However, his love and commitment for the game of baseball were much bigger. 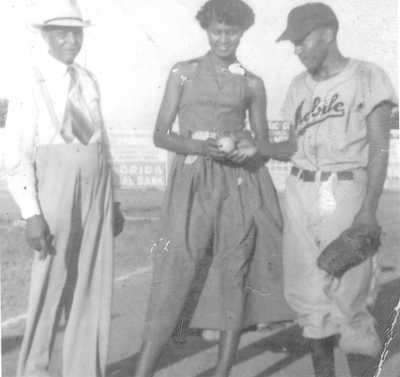 I first remember meeting “Fat" when I was about 5 years old. None of the kids I played with could afford to purchase any real baseball equipment. The only balls we had were rubber balls that cost about 10 cents. When that ball split we would play "half ball" and learned how to hit the curve ball. There were other things we used instead of real baseball equipment that taught us how to be good baseball players. "Fat" drove an old station wagon that leaned toward the driver's side. Whenever you saw that station wagon it was full with his kids, groceries or baseball players and equipment. "Fat" would drive to the playground in the morning and leave baseball equipment. Baseballs, gloves, catcher's equipment and bats were left for the kids to play with because he knew we could not afford the necessary pieces of equipment. After we had unloaded his vehicle he would go to work. After work he would return to pick up the equipment to practice his "minor league" team with. I never heard him mention anything about equipment stolen or missing, probably because the kids took good care of his things because we appreciated what he was doing to help us develop athletically.

A Celebration and Scholarship Banquet is planned to remember James "Fat" Robertson on Friday, June 27th 2014 from 6:30 to 10:30pm at The Ashbury Hotel and Suites, 600 West I-65 Service Road S. Mobile, Alabama in the Jasmine Ballroom. For more information contact Mr. James Hope @ 205-991-0196 or email jamesmhope@bellsouth.net.

While this event will focus on the legacy of James "Fat" Robertson, considerable emphasis will be placed on the youth of the community and elevating interest in the sport. Invitations to the event will be extended through local sponsorships to kids participating in the local annual baseball camp sponsored by Major League Baseball and the Mobile County Training School Alumni Association. Through their attendance, it is hoped the youth will be inspired and encouraged through the experiences of their community's baseball history.

I had a dream once that I was watching the finals of the Little League World Series on Television and one of those teams was from Africatown. Maybe this Banquet/Fundraiser is the beginning of that dream.

Baseball in Africatown is a tradition. It was passed down from the older players to the younger players. I did not get a chance to play for "Fat" because the coaches at the other schools complained to the State Commissioner that my school was playing semi-pro players. We were that good. I played on teams that went three years without losing. The Mobile County Training School team from 1969 might be the last undefeated public high school baseball team in Alabama. There are some secrets of baseball (hitting & pitching) that we practiced during that era that are not done anymore. If pressed at the banquet maybe some of the "old heads" will reveal some of those secrets. MAYBE.