Skip to main content
Climate and Environment
Culture and Traditions
Disaster, Response and Renewal
Health and Wellness
Land and Housing
Media and Arts
Organizing and Engagement
Race and Racial Justice 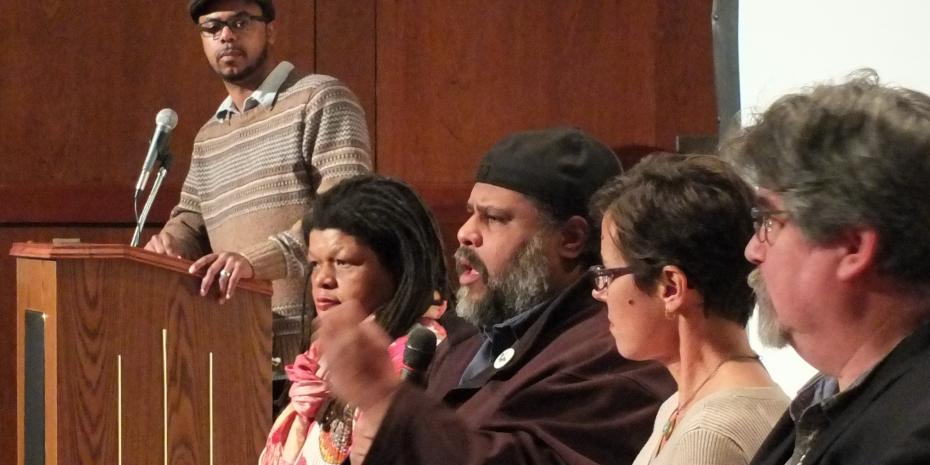 On March 30, 2014, journalist Brentin Mock moderated a discussion about Come Hell or High Water: The Battle for Turkey Creek with Leslie Fields (Sierra Club director of Environmental Justice and Community Partnerships), Reilly Morse (director of Mississippi Center for Justice), Derrick Evans (of Turkey Creek, Mississippi and co-founder of Bridge The Gulf) and me, Leah Mahan, (Director and Producer of Come Hell or High Water, and co-founder of Bridge The Gulf). The discussion followed the D.C. premiere of the film at the Environmental Film Festival in the Nation’s Capital. Here are some highlights from that conversation. When the film airs on the WORLD channel on April 29th and streams on PBS Video in May, a discussion with Brentin, Derrick and the series host will follow the film and will be posted on the web.

Brentin Mock: Could you fill us in on what’s happening in Turkey Creek? I know it’s an ongoing disaster – long before the film started, and I’m sure since. 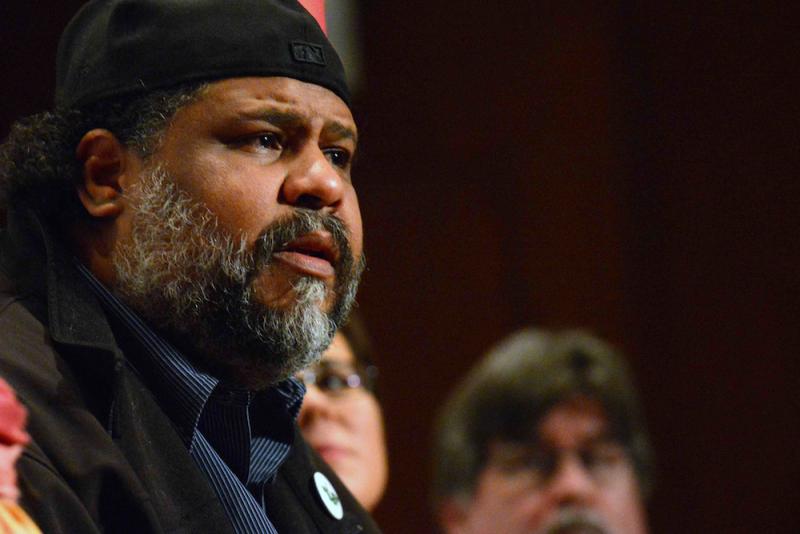 Derrick Evans: Well, it’s not a success story, first of all, because so much has been lost along the way. And it’s not over … And, most importantly, we found that there are a lot of Turkey Creeks. There’s Africatown over in Mobile Bay, Lower Ninth Ward, Plaquemines Parish and others. And so frankly, my work and our fight – all of ours – has extended beyond Turkey Creek to this contiguous, environmentally, socially, politically challenged region that the world seems to talk about, but not really deal with in the way that we have. Particularly through creating our own philanthropy even – the Gulf Coast Fund for Community Renewal and Ecological Health – or the Bridge The Gulf media project for citizen journalism. We’re not just a problem, but a source of solutions. I often refer to the Lower Ninth Ward and Turkey Creek as “Nazareths.” Places where, “What good can come from there?” Well, frankly, from these places after Katrina – nobody but us was listening, but – from these places, we were the ones who advocated for sustainable community development before it was part of a lexicon among the paid planners and the Army Corps and others down there. And in fact, we were the ones after BP, who had our own victim-based experience with the Clean Water Act, who envisioned the Restore Act. Wrote the first draft, lobbied, made sure that billions of dollars came back to the Gulf Coast, and not to the general fund of the U.S. Treasury, for restoration of our communities. And we are the ones who know better than anyone, particularly after Katrina, and the hurricane looting that our governor and others got away with, that these federal dollars that are meant for us have to be watch-dogged.

Watch a short video of Derrick's comments by Cherri Foytlin.

Brentin Mock: And so, speaking of that looting that Governor Barbour did, we know Reilly that you were involved in a lot of the legal battles to hold state government accountable, especially when it siphoned off some of that federal money that was supposed to be for housing, for other things. So do you want to talk about that? 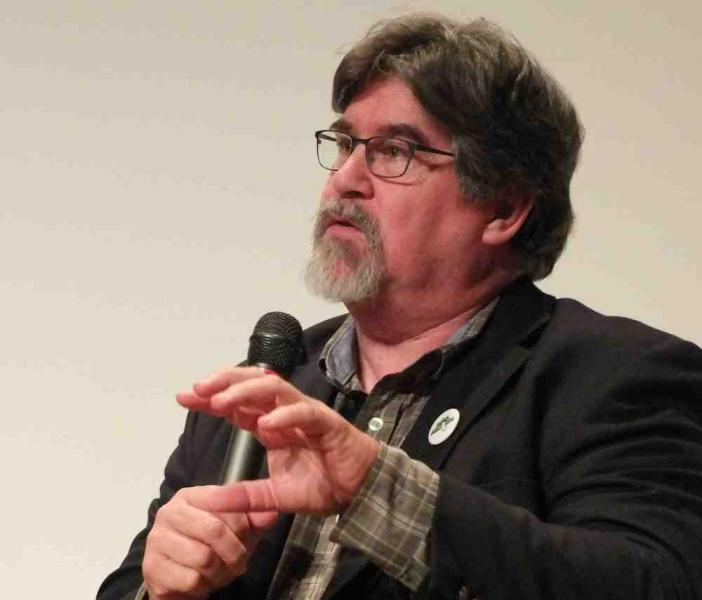 Reilly Morse: Brentin wrote a story called “Bake Sales for Biloxi” for The Root. And “Bake Sales for Biloxi” highlighted the fact that even as a billion dollars remained unspent, and even as $600 million in disaster housing money had been diverted to this “Port of the Future” project, people working in collaboration with our state were saying, “There’s folks still not repaired and what we’d like you to do is hold car washes and bake sales to take care of the rest of their homes.” With a straight face they said this. So of course we took this to HUD and said, “Is this how you want this to turn out?” And of course they said, “No.” Yes, there was some looting going on, but there was also some clawing back. And we’re pleased to say that over time we got close to, not quite, $200 million of that put back into communities of color, overwhelmingly. Fifty-five hundred households. With the support of the Lawyers Committee [for Civil Rights Under Law]. And having clients like Derrick and Rose [Johnson, of the North Guflport Community Land Trust] who can be powerful spokespeople, we were able to put some of that money back on the creek and back throughout a bunch of communities. With communities like Derrick and Rose we’ve been able to hold the line, and begin to turn the direction of this port expansion towards meaningful accountability for spending this money and creating jobs. And we’re still fighting over the port connector road. But the difference between then and now is that we’ve gotten smarter and better at it.

Watch a short video of Reilly's comments by Cherri Foytlin.

Brentin Mock: And as Derrick alluded to earlier, there are Turkey Creeks across the Gulf Coast, if not across America, across the globe. And that’s where you’ve been [Leslie]. You’ve helped a lot of these communities, these other Turkey Creeks. Can you tell us a little bit about that? 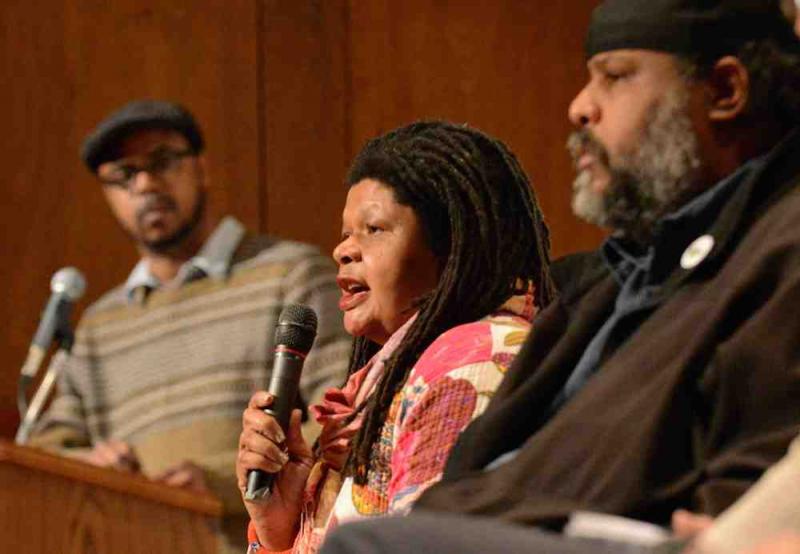 Leslie Fields: Turkey Creek is emblematic of so much of what is going on in the world right now, and that part of our country. These communities are not supposed to be considered resilient. These communities were not supposed to survive, but they’ve survived. And the solutions that they’re coming up with are the solutions that we all really need to pay attention to and lift up. And these communities are not slated for sustainable development. They’re slated now for the worst kind of development: the truck traffic, the expansions of the ports, the expansions of the coal export terminals. Some of these communities in the Gulf didn’t even get running water, didn’t get sewage, until the 1980s. They were segregated. They were the bottoms land. And it’s no coincidence. It’s not osmosis. It just didn’t happen. It’s deliberate structural violence. … And we have to hold these office holders and politicians to account. And it’s hard because these are the same communities that are getting their voting rights eviscerated. These are the same communities that are not seeing any kind of development or fresh food or any kind of public transportation. It’s not a coincidence.

Watch a short video of Leslie's comments by Cherri Foytlin.

Brentin Mock: I think we would be remiss if we didn’t recognize Derrick’s family if they’re in the audience?

Derrick Evans: Ok, now, that was immediate family [laughs] … There’s a lot of folks in this room that I think are my family, ok? … These are people who have been to Turkey Creek over the years and have contributed their time and talent and just love to the work and I thank you. Also there are folks that haven’t been to Turkey Creek but that are involved in some way or another with the Gulf Coast Fund, or Bridge the Gulf or the Gulf Coast Human Rights Network, Gulf Coast Sustainable Communities Network. that are also here.

Brentin Mock: Cherri Foytlin and Karen Savage from Bridge The Gulf have been fighting the good fight. Barbara Arnwine, Lawyers Committee for Civil Rights. Derrick can you also talk about how these various pieces came together?

Derrick Evans: Yeah, my mother, who’s very quotable, once said to me … “Well, when people make a circle that excludes you, make a bigger circle that includes them.” … When a place has that many problems it also has potentially that many solutions. And that means it has, even more than that potential number of contributors who want to do something to help some piece or some part. So my job is to cultivate the 50-ring circus. We had every kind of environmentalist, educators, EJ [environmental justice] folks, conservation folks, historic preservation folks. Thanks to the Lawyers Committee and MCJ [Mississippi Center for Justice], we had more lawyers than Obama has now [laughter]. Really, really, we had hundreds of lawyers that were helping people with heirs property, deeds. They were not eligible for things, like recovery stuff, because of the cultural way in which land and property had been passed down. Not only in Turkey Creek but across the Gulf Coast. We had lawyers who specialize in historic preservation, lawyers who specialize in transportation. I mean, it goes on and on.

Brentin Mock: It sounds like we have time for one or two questions from the audience.

Deborah Menkart: I work with a group called Teaching for Change and we partner with Rethinking Schools … Some of the people that are working on environmental issues, often we forget about K through 12. It’s really K through 12 where kids either learn or unlearn their power, and learn to think about the issues that you so powerfully addressed, all of the panelists, about the crisis the whole world is in ... We are just really excited that we were able to partner with a teacher in Gulfport who’s written an article about teaching about Turkey Creek that’s in Rethinking Schools and I think it will be on your Bridge The Gulf website and I just want to keep thinking about ways to share this film with K through 12 teachers, to teach outside the textbook and outside the corporate narrative about climate change.

Reilly Morse: About 50 years ago we had students from all over America come to Mississippi to help register people to vote. We have the 50th anniversary of that happening this summer. It’s a fabulous moment in American history. Mississippi was a place where people learned how to be better Americans. And we spread that around. There’s another opportunity for us to bring new waves of environmental justice advocates into the fold by coming to Mississippi and Louisiana and similar states this year and the upcoming years. And our organization and others have hosted students. We’ve hosted 2,500 law students coming through. And believe me, they come back changed. All of y’all are involved in organizations one way or the other that can send people to the Deep South and have minds changed. And those minds stay changed. And I encourage you to take advantage of that opportunity … People can have the direct experience themselves and they can have it in any week that you want to pick. We’ll help move this country in the right direction. So that’s the challenge I give to all of you.

Brentin Mock: I think that’s going to do it. I mean, that challenge – we extend that to all of you. Next time you go to the Gulf Coast, skip the French Quarter. Go to the Ninth Ward; a village called Versailles; Turkey Creek; Mobile, Alabama; Port Arthur, Texas; Galveston, Texas. All these places are where the ongoing Gulf Coast disaster is still happening and where communities are still fighting back. So thank you all for coming out and God Bless.

View more photos from the talk on Tumblr.