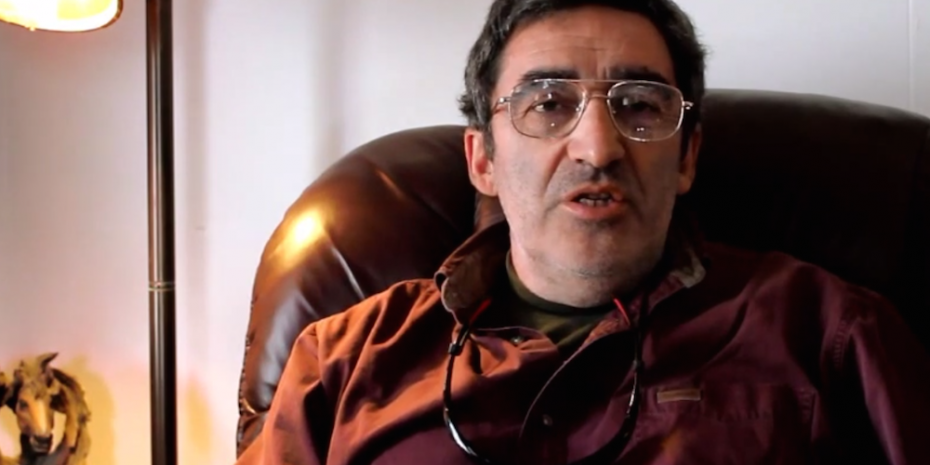 This is part one of a three part series featuring an insider look at the oil industry in the Gulf of Mexico - including environmental practices, worker-related injuries and deaths, and the industry’s economic and political influence - through the lens of thirty-five-year oil worker Randy Comeaux.

Earlier this month, in his decision on phase two of the BP oil spill civil trial, Judge Carl Barbier wrote, “There is no dispute that BP lied about the amount of oil that flowed from the well.” Despite its lying, Barbier did not find the company to be grossly negligent during the response to the blowout, asserting that the “misrepresentation” of the flow rate did not adversely affect efforts to cap the well.

Just how widespread is this type of lying in the oil industry? Very, says oil industry veteran and Louisiana resident Randy Comeaux. He also says that U.S. regulatory agencies share part of the blame. Comeaux worked in the oil and gas industry for 35 years, in a variety of positions including safety inspector and compliance inspector on offshore production platforms.

“Through the years I finally cultured my skills and knowledge to where some of the independent oil companies used me for their compliance inspections… Basically MMS [Minerals Management Service], or what they call BSEE [Bureau of Safety and Environmental Enforcement] now, would call and give a seven day [prior] notice that they would have an inspection. Well, I would get the very next call. ‘Can you come to the platform, and inspect the platform, and tell us what BSEE is going to find, and fix it before they get there?,'” Comeaux explains.

Compliance inspections were his game, but as he began to notice a pattern of lies, deceit and lessons unlearned by the industry and federal regulators, he says that he came to understand that it was the public and ecosystem of the Gulf that were losing.

“As I did that over the years, I realized that some of these platforms I’d go to, it was the same thing, over and over, and over, and over. As soon as BSEE left, they went right back to put the platform back in noncompliance, and operated like that.”

He continues, “We have a lot of unknown pollution going on from the offshore platforms, that the platform operators are just, you know, don’t say, don’t tell. What happens offshore stays offshore. You gotta go along to stay. You say anything, you’re gone.”

Comeaux tells the story of working for an offshore oil company that covered up three oil spills in a row, over the course of three months. He was on the platform for the first two spills and, “never saw the regulatory officials come out.” By the third spill, Comeaux decided to take action.

He remembers, “So we had a third oil spill. Well, I was not on that platform [at the time], but the people on the platform called me for help, because the field foreman had basically told them to start the platform back up. And the platform was coated in oil - I mean the oil came out the flare boom, and just covered the whole platform.”

Comeaux says that the workers felt they had nowhere to turn, and that their superior was not open to a discussion about holding off the restart of the project until the spill had been cleaned.

“My coworkers, they were in fear for their life,” he says.

“So, I just took a helicopter flight home, and when I got home I called BSEE and informed them what was going on, and they went out there.”

Comeaux recounts, “BSEE interviewed me about the three oil spills, and ended up fining them for one oil spill… They fined them for a felony and a misdemeanor. One was for failure to report an oil spill, and the second was for filtering water samples before they sent them into the platform.”

Comeaux says that filtering water samples before submitting them for testing is a common industry practice.

“What they do is, they use a coffee filter and they remove the oil from the water, so that the overboard water, when they send it in to the lab, tests good.”

Comeaux says that a change to BSEE’s procedures would correct this problem.

“BSEE goes out and does a terrific job of inspecting the safety equipment, however, BSEE is not taking an overboard water sample and taking it in with them and testing it. They are not, in my opinion, being as active in testing the overboard water [as they should be].”

“Our environmental culture in the offshore oil industry is not what it should be. And we are getting a much larger amount of chemicals deposited in the Gulf than what is being reported,” he states. The concern for Comeaux goes further than the breaking of U.S. environmental law. “…The chemical is completely broken down [at] a week to two weeks. [By] that time our seafood ingests those chemicals and we in turn ingest that seafood.”

He adds that this is only one example in the industry’s bag of tricks to sidestep laws and regulation concerning offshore drilling.

“We do two things, we do an oil analysis every month, and a chemical analysis we do once a year.  Well, during the year they may run the pumps at 20 gallons, and 30 gallons and 40 gallons [of chemicals] per day. But when it is time to send in the chemical analysis they turn everything down to 10 gallons per day, in compliance,” he explains.

“And they send it in, and you know, the tests for the different chemicals come out good, and the next day they just turn the volumes back up. The oil industry has no [problem] dumping chemicals into the big blue trash can.”

“It’s not what is portrayed on TV by these executives,” Comeaux says, “When dark falls, that’s the perfect time when a lot of these platforms, they dump their unwanted chemicals. You dump it at dusk and by dawn it has floated off.”

In addition, Comeaux explains that often the oil spill clean-up methods are adding chemicals to an already over-burdened ecosystem. In particular, chemical dispersants are a worry to the now retired worker.

“Dispersants basically take the oil and make it heavy and make it sink. Well, the oil is still there... and that goes into the food chain,” he says.

He also cites the case of now bankrupt ATP Oil and Gas, who the U.S. Department of Justice is prosecuting “related to unlawful discharges of oil and chemical dispersants.”

According to law records, the company had hidden a metal tube in the rafters of an offshore drilling platform, which was then connected to a tank holding chemical dispersant, in order to hide the sheen from a spill lasting at least from October of 2010 to March of 2012.

“They had been spraying chemical dispersant into the Gulf of Mexico, every day, for two years,” says Comeaux.

Comeaux’s concerns for offshore oil and chemical releases are backed by research. Dr. Susan Shaw of the Marine and Environmental Research Institute and School of Public Health at the State University of New York, Albany, told journalist Dahr Jamail, “There is no safe level of exposure to the carcinogenic and mutagenic chemicals in oil,” adding that some dispersant, “multiplies the toxicity of oil and forms a reservoir of ongoing toxicity in the sea.”

In fact, thanks to Dr. Shaw and a handful of others who have remained vocal regarding the dangers of chemicals and dispersants in Gulf waters since the BP spill, the U.S. Environmental Protection Agency has recently re-opened their standards on the use of toxic chemical dispersants for public comment.

Yet, according to Comeaux, the industry itself has not been as proactive.

“I’ve seen this sort of thing happen again and again. It’s problematic, but that’s how the oil industry is.”