Africatown's Bell - A Symbol of Success 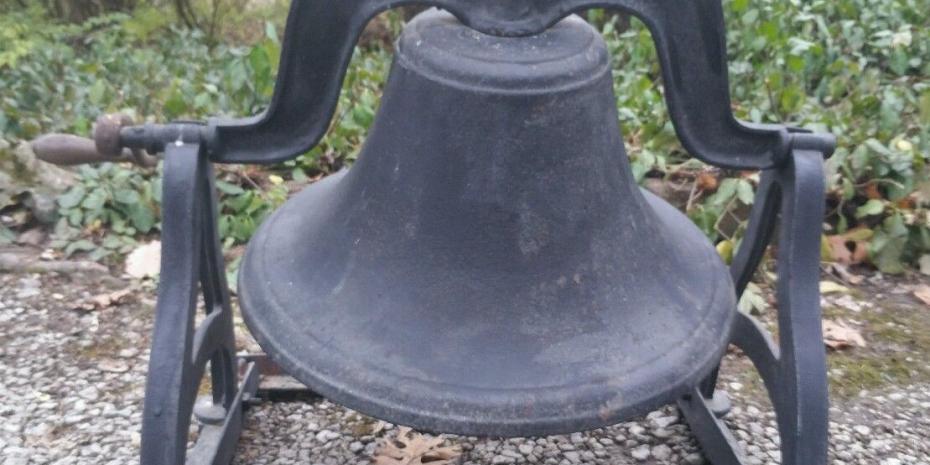 The story of Africatown's Bell is a community folklore that has been passed along for years but is based on facts because most Mobile County Training School graduates over the age of 40 have either seen, touched or rang the bell.

When Captain Foster, Captain of the slave ship Clotilde, sailed his ship to Africa to purchase 110 slaves to be brought back to Mobile, he packed them in the hull of a ship designed to hold 100 slaves. He purchased 110 because he figured 10 percent of them would not survive the hard trip back to America. However, he was wrong. These were strong people and they all made it. The oldest was 25 and the youngest only 5. The slaves did not speak any English and were not able to communicate with their captors. However, there was one thing they begin to identify with as they begin the long and stressful journey to a land unknown to them. That item they felt close to was the ship's bell.

The ship's bell would tell them the surface conditions as they endured the long journey to America. If the sound of the bell was rarely heard, it meant the seas were smooth and sailing was free and easy. However, when the bell was ringing at a fast pace it meant the seas were angry and a storm was approaching. When the storm was in the area the slaves would huddle close together and felt secure. That feeling of closeness helped them stay close after they landed in Mobile.

When the Clotilde reached the Mobile River, Captain Foster and the Meahers made the decision to offload the slaves and burn and sink the Clotilde up the Mobile River to destroy all evidence of this illegal shipment of slaves. Although the slaves did not speak any English, somehow they knew that the ship was going to be destroyed and along with it the bell. As the were exiting the Clotilde, they all extended their hands toward the bell and shouted, "THE BELL, THE BELL, THE BELL!"  In probably one of their only act of kindness, the ship's crew detached the bell from the Clotilde and gave it to the slaves as they left the ship. The slaves carried the bell with them as they walked along the railroad tracks in a strange land and settled on the Meahers Plantation where they eventually founded Africatown.

The bell was first located at The Union Baptist Church, which they started, but eventually moved to the campus of Mobile County Training School, which they also founded. Initially, the bell ranged to warn the community of fires in the area and bad weather approaching. As time passed and sports became a major part of the community's fame, the bell became a major symbol of the success of the Mobile County Training School Whippets football team. Whenever the school's football team played an away game, the first person arriving back to the community would ring the bell to let everyone know that County had won that game. I remember once as a kid I waited up pass midnight and never heard the bell. I asked my mother why the bell had not sounded to which she said,"I guess we lost." I said, "No mommy, County never loses."

As years passed, the bell only ranged on Thanksgiving Day to denote if County was the winner of The annual Thanksgiving Football Classic between Mobile County Training School and Central High School. Those two schools were the largest public schools for blacks in Mobile County. They played annually on Thanksgiving Day from 1947 - 1969 before an average crowd of 25,000 at Ladd Memorial Stadium. There was a time however, when the bell ranged to denote a Baseball Championship. In 1968 our championship baseball team rang the bell to denote the first undefeated baseball team in the history of our historic baseball program. As a matter of fact, the nucleus of that team played the equivalent of three years without losing.

The bell was eventually mounted in the middle of the school campus after Mobile County Training School was downgraded from a high school to a middle school in 1970. The bell was removed from its place on campus by employees of the Mobile Public School System to be cleaned up and repaired around 1985 and never seen again. There was a rumor that it was in a school system warehouse, but not confirmed when members of The Alumni Association did an extensive search to try to locate the bell. It is hard for me to believe that such a valuable and historic treasure such as the bell from the last slave ship has simply disappeared in thin air.

The current officers of the MCTS Alumni Association have made a commitment to replace the old bell with a new bell before the end of 2016 to continue a tradition of excellence both athletically as well as academically for the students of Mobile County Training School, The Africatown Community and its people. Although the original bell might be gone, the new bell will be a new symbol to rally around as the Mobile County Training Alumni Association begins its quest to bring back Africatown's School, Africatown's Community and Africatown's People.