Hurricane Katrina, Brought to You by Big Oil 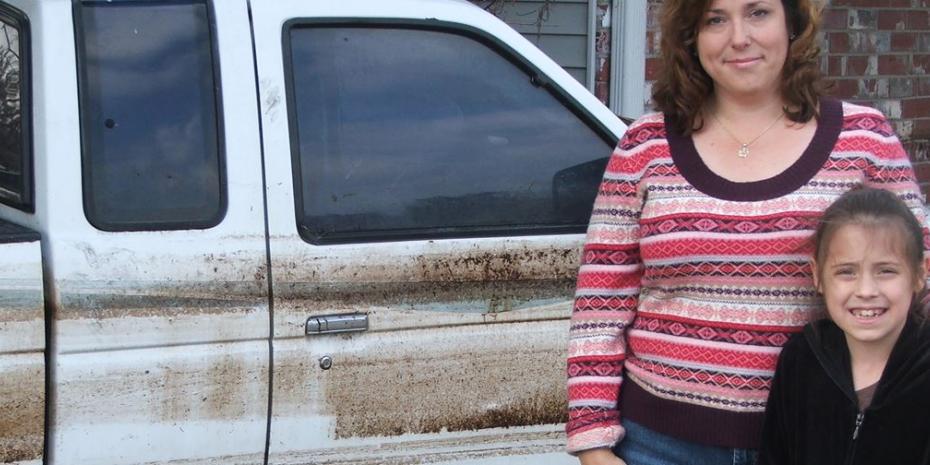 This week marks the 11th anniversary of Hurricane Katrina. This disaster date - August 29th - is seared into my memory, just like April 20th, the date of the BP Disaster. For those in South Louisiana, there will be a new anniversary in August next year: the date of the floods that have so devastated our part of the world. At what point will these disaster-versaires, as I’ve learned to call them, stop?

They won’t stop until we reckon with the oil industry and our use of fossil fuels. Each of these disasters can be tied directly to Big Oil - a greedy and destructive industry that has abused our state for far too long. The oil industry is obviously responsible for the BP Disaster and the thousands of oil spills in the Gulf of Mexico every year. But the industry is also responsible for our vulnerability to storms and for heavy rains. Here’s a quick primer for those who may not share my obsession.

Long before Katrina hit New Orleans, Big Oil destroyed our storm protection by carving up our wetlands for pipelines and navigation canals. They broke the law for nearly half a century when they failed to fulfill their permits and repair the wetlands they’d dug. Here’s a timeline of the destruction. It’s so devastating that even Vermillion Parish, a pro oil locale, has sued the oil industry. The district attorney there cannot be labeled a radical environmentalist. What can Big Oil call him? He is a public official protecting the people.

It wasn’t only water that harmed people during Katrina. Eleven million gallons of oil were spilled into the Gulf of Mexico during the Hurricane Katrina and Rita that followed, some from oil rigs off shore. A refinery on shore – Murphy Oil – failed to follow its own hurricane preparedness guidelines and spilled one million gallons into the neighborhood next door.

Three months after the storm, the New Orleans Times Picayune made this report.

“Over the long term, EPA officials singled out the Murphy Oil spill as perhaps the most glaring public health threat. Testing around the refinery has revealed high levels of arsenic, diesel fuel and other petroleum-based chemicals.” (November 2005)

Eleven years later, there are no health studies, no health care and no mention of these long term effects.

In St. Bernard Parish, where the oil spill took place, there weren’t just water lines on homes and property. There were also oil lines, as the picture above this post shows.

The most recent flooding, the #LouisianaFlood of 2016, can also be laid at the oil industry’s feet. Meteorologist Eric Holthaus explained the basics in his blog.

Burning fossil fuels (like oil) warms our planet. When the planet warms, the air holds more moisture. When the atmosphere has more moisture, it rains more. Thus does burning oil cause climate change and awful impacts like flooding.

The New York Times put it this way.

“Climate change is never going to announce itself by name. But this is what we should expect it to look like.”

This is what we should expect it to look like, our homes and our lives flooded by water and oil, an unwanted alchemy that transforms our lives into debris piled up on the side of the road.

Louisiana needs a better alchemy, one that turns us from Big Oil to renewable energy. It will take a lot that we don’t yet have, including political will, to get us there. But as these disaster-versaries show us, it’s long past time.