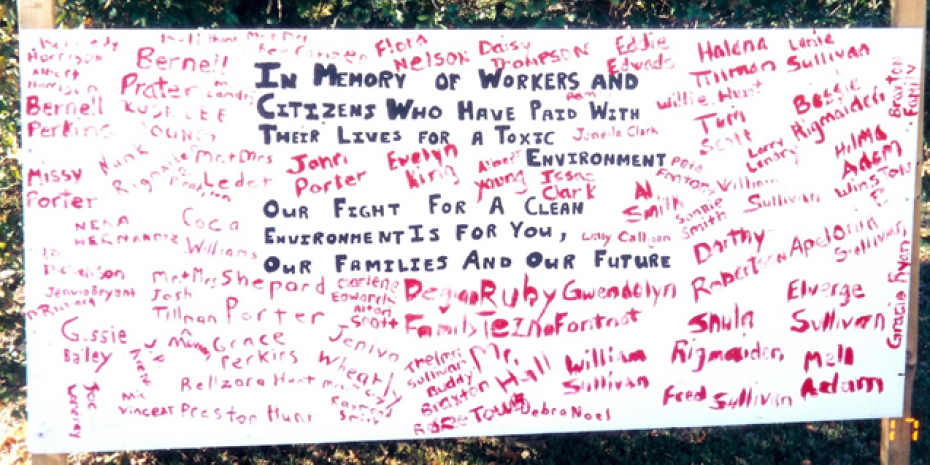 Days before accepting the Nobel Peace Prize, Dr. Martin Luther King, Jr. delivered a speech in 1964 about the struggles for racial justice taking place in the United States and South Africa. A recording of the speech was recently discovered and aired on Democracy Now!. In this speech, Dr. King conveyed the unity of purpose of these struggles for freedom and justice.

He also noted that the mildest form of resistance to racial apartheid in South Africa, such as speaking against racism in news reports or organizing people to participate in a non-violent protest resulted in the imprisonment of hundreds of people in South Africa, including Nelson Mandela. Dr. King described the apartheid government of South Africa as a “police state . . . that uses torture and sadistic forms of interrogation to crush human beings, even driving some to suicide.” In his speech, he called on people around the world to demand their governments end trade with and place oil embargoes on the South African government. Dr. King wisely foresaw that international economic pressure would end South African apartheid.

However, a government-owned oil company is credited with extending the life of South Africa’s inhumane governmental system for the 30 years that passed between Dr. King’s speech in 1964 and the ultimate demise of racial apartheid in 1994. To withstand the growing economic pressure against it, the South Africa apartheid government established its own oil company called South Africa Synthetic Oil Liquid also known as SASOL. The anti-apartheid attacks on a SASOL oil refinery is the subject of the 2006 film “Catch a Fire.”

After the fall of the apartheid regime, SASOL crossed the ocean to make money in the United States. SASOL stocks are now traded on the New York Stock Exchange. These stocks include the chemical products manufactured by an industrial plant that SASOL purchased in 2001. The SASOL chemical plant is one of several industrial facilities located near the historic African American community of Mossville in southwest Louisiana. For decades, Mossville residents have suffered the hardships of living near the facility acquired by SASOL, other petrochemical manufacturers, an oil refinery, and a coal-fired power plant. These industrial facilities release massive amounts of toxic pollution pursuant to the Clean Air Act, Clean Water Act, and other federal environmental laws. The industrial pollution dumped on Mossville is associated with elevated levels of dioxins in the blood of Mossville residents, as well as cancer, asthma, and other severe health problems suffered by residents. SASOL has taken full advantage of the structural racism in the United States and the weakness of our environmental laws. From its corporate headquarters in Johannesburg, South Africa, SASOL managed to find Mossville, an unincorporated community that is not on most U.S. maps. With environmental permits issued without objection from the U.S. Environmental Protection Agency and the U.S. Army Corps of Engineers, SASOL is now building a hazardous ethane cracker and plans to build a gas-to-liquids (“GTL”) facility, which would be the first of its kind to operate in the United States. SASOL has set its U.S. operations in Mossville, an African American community that has been denied environmental protection for years.

Contrary to the economic divestment that Dr. King called for to break the back of racial injustice, SASOL is getting generous financial support from our government. In a controversial deal with then Louisiana Governor Bobby Jindal, SASOL pocketed $115 million from taxpayers to acquire land in Mossville. In addition, the South African company has persuaded local governmental bodies to threaten to take by expropriation the land owned by Mossville residents if they refused to sell their land to SASOL, change the zoning where Mossville residents live to a zone restricted for heavy industrial land use, close public streets in Mossville, and move a gas production facility into the heart of Mossville. As a result, the Mossville community is being transformed by SASOL into a major industrial construction site, and Mossville residents feel pressured to leave their community.

To facilitate its industrialization of Mossville, SASOL created a program to relocate residents. Although SASOL publicly announced that the relocation program would “address community needs,” SASOL developed the program without any input from Mossville residents. As a result, elderly homeowners who were debt-free in Mossville have had to take on mortgages to purchase homes similar to what they had in Mossville in order to supplement the inadequate amounts paid by SASOL for their homes. SASOL resists the efforts made by Mossville residents to improve the flawed process and remedy the unfair outcomes of its relocation program. The problems Mossville residents have experienced with the SASOL’s relocation program are listed on pages 5 and 6 of the report Stopping Land Theft in Mossville, Louisiana by the SASOL Corporation & Governmental Authorities. SASOL has set up a no-win situation for Mossville residents. Residents either accept SASOL’s unfair offers to purchase their properties or cope with living next to SASOL’s inherently dangerous ethane cracker and gas-to-liquids facility.

Since the 1960s, the struggles for racial justice in both the United States and South Africa have grown to give rise to a global movement for environmental justice – the demand by Indigenous people and people of color around the world for healthy, safe, and sustainable places to live, work, learn, play, and worship. This movement includes the climate justice demand for system change that has roots in Dr. King’s call for economic boycotts and divestments. Mossville is part of this movement. The people of Mossville are not sitting back. On Martin Luther King Day – Monday, January 18, 2016 – Mossville residents and environmental justice advocates will gather at the SASOL corporate office in Houston, Texas to demand justice. They want SASOL to fulfill its promise of meeting the relocation needs of Mossville residents. They also want the U.S. Department of Justice to investigate whether out-going Governor Bobby Jindal and local governmental officials have abused their authority by entering into controversial land deals with SASOL that unjustly force Mossville residents to leave their homes. These land deals raise serious civil rights issues and undermine protections for individual property rights.

“We won’t let SASOL or anyone else stop our march for human rights and justice in Mossville,” says Dorothy Felix. “I strongly believe that a day will come when we can all celebrate the justice that Dr. King envisioned,” she said.

For more information, go to: https://MEANnow.wordpress.com/

To get involved, go to: March on Sasol!