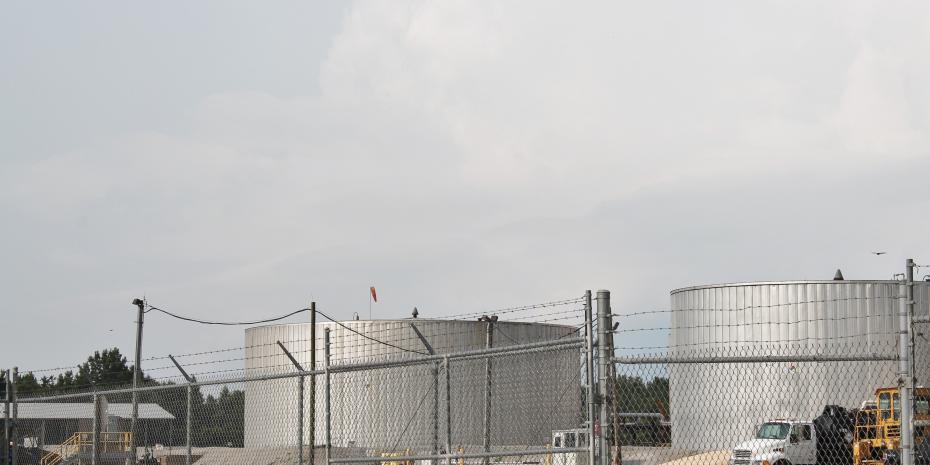 The Africatown community and other residents within the boundary of Mobile's District 2 received what amounts to "a public lashing" a few weeks ago as the city council voted by a count of 6 to 1 to approve an ordinance that will allow more storage tanks to be constructed within city limits. This ordinance was not wanted, asked for and did not deserve to be dumped on the citizens of Mobile.

Over the past three years, numerous public hearings and town hall meetings have been held to discuss the issue. I attended most if not all of those meetings and not once did I come away thinking the public was in favor of approval of this ordinance. However, with the exception of Councilwoman Bess Rich, who thought the process was not transparent near the end, every council person voted in favor of the ordinance.  Councilwoman Beth Rich actually said that she did not appreciate those last minute compromises, because they were not public so everyone could be aware of the changes made. Those comments were made to the public just before the city council voted to approve the storage tank ordinance.

The meaning of the "grandfathered in" clause will be debated forever and there are no comments about insurance or vapor recovery mentioned. The insurance and vapor recovery statements were something the public wanted in the ordinance but were never included.

The Council just approved $650,000 for consultants to do a 3 year study on all ordinances including storage tanks.  Councilman Manzie said in public he would never allow storage tanks in Africatown. A 1500 ft set back does not push them out of Africatown. Because councilmen Richardson and Smalls do not currently have tanks in their district, they allowed this to pass.  During the public hearings voters said they would not vote for politicians from district 1, 2 or 3 that allow this ordinance to pass. Maybe they can recover before the next election, only time will tell.

Now I think I know why Mobile has an atmosphere of inequality that lingers beneath the surface of most decisions that affect under-served communities in the city. That atmosphere exists because most minority leaders (political or not) either "cave" or "settle" when important decisions concerning under-served communities are made. No one seems to have the "onions" to stand up and make the tough call when the time comes.

After all, why would anyone allow the second largest school in Mobile County - Central High School, the only school in the state that taught Russian - to be closed in 1971. In addition, why would anyone let the first public school for blacks in Alabama - Mobile County Training School - be downgraded to a middle school. Murphy High School has not been downgraded. Its district has been re-aligned numerous times to keep the enrollment high. Denton Middle School might be predominately black, but it is not historically black. The public would like for the school system to stop closing historically black schools. When you destroy the history, you destroy the child. By saving Denton Middle School you are not saving a historically black school.

One thing is for certain, either Councilmen Richardson, Manzie and Smalls did not receive, read, or believe any of Dr. Robert Bullard's books that say that heavy and dangerous industries are locating their businesses near black and brown communities in the South with a promise of jobs for the residents. However, there seems to be a trade-off of a loss of 10 to 15 years off the lifespan of the individuals working and living within a close distance of Africatown's heavy industries in the past.

Last week I heard the president of Alabama's State Docks say at a public hearing that his office sits above where most storage tank activity would occur. But he did not mention that at the end of the day he goes home away from any dangerous or harmful activities. He is not around things 24-7-365 like most black, brown or poor people. As head of the team appointed to administer about $4 billion coming to Alabama from the BP spill, he can't seem to find a way to funnel at least 10 percent of this "free money" toward those communities needing protection from dangerous and harmful industries.  Alabama is to receive about $4 billion in BP money. The state has set up a commission to distribute the money headed by The Governor and the head of the Alabama State Port Authority in Mobile. None of the money approved thus far has come to an under served community.

As a person that grew up underneath the smokestacks of International and Scott Paper companies, I have seen many of my friends and their family members die too early. Since the beginning of 2016, The Africatown community has conducted about 15 funerals. Most of those buried were under the age of 65. Just this week I lost another classmate to cancer. He had just turned 65. International and Scott Paper invaded the community around 1945. They closed down around 2000 after this country enacted the environmental justice act and forced them to clean up their environmental poisoning systems. For 55 years - from 1945 to 2000 companies poisoned the Africatown community. Everything was poisoned: air, water, ground, river, bayou, houses, animals and people. Nothing and no one was untouched by those industries and their poisons.

The community took a deep breath and a sigh of relief when those two sources of pollution left. For 15 years things inside the community began to spring back to life. However, with the approval of this storage tank ordinance, things don't look TOO bright for Africatown.

THE SURVIVAL OF OUR COMMUNITY MEANS WE CANNOT STAND BY AND TAKE ANOTHER LASHING. JOIN ME IN HOLDING OUR PUBLIC OFFICIALS ACCOUNTABLE FOR THEIR WORDS AND ACTIONS.