After the Women's March: From Moment to Movement 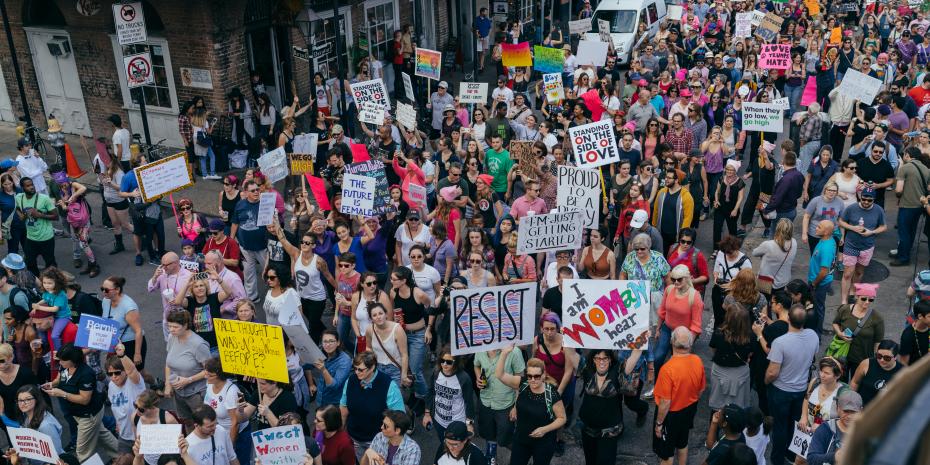 “While this convergence should be celebrated, it is a moment, not a movement. A movement happens when we keep it going, when we build community, when we build culture, when we have consistent action ... If we all go home and feel like we’ve all done our part, then this was nothing than a pep rally. And I don’t believe it has to be that way.”

So, you went to the Women's March in DC, Chicago, NY, New Orleans, LA, San Francisco, Oakland, Boston, Las Vegas, Albuquerque, Seattle, Marfa, New Delhi, London, Miami, Houston, or elsewhere (those are just a few of the places I saw friends of mine at)?

For those of us who have been in this fight, we will continue our struggles with more resolve than ever before. For those who are joining us, welcome. We need you right now, so very much. Get involved in your local community organizations or chapters for the causes you believe in. Organize a potluck to get to know your neighbors and build community. Learn more about the issues we weren't taught in school - decolonize your mind.

Here are just a few online resources for those wanting to get involved in various causes directly related in resistance to the white supremacist capitalist patriarchy to vision and manifest a just and sustainable future:

We are the ones we've been waiting for.

Let's go out there and build us a better tomorrow for the generations to come.