For Those Who Don't Understand Why Women Marched 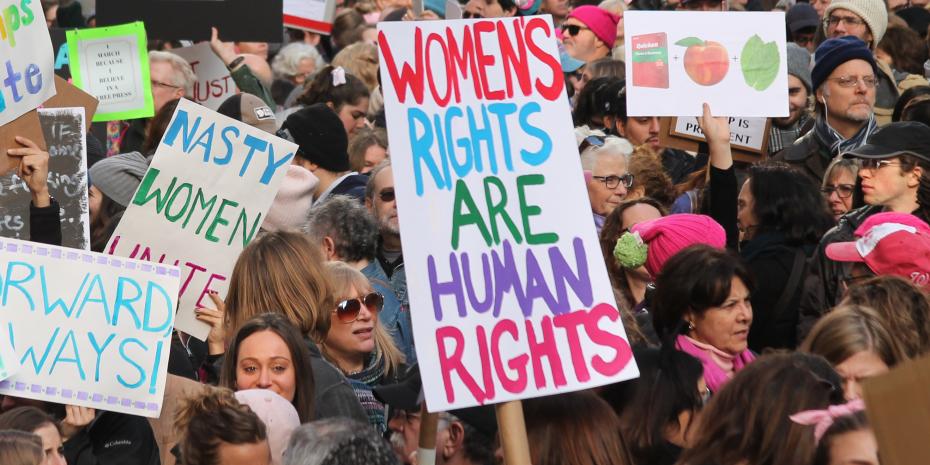 This post is for the people who don't understand the Women's March.

I am privileged as a white woman with a PhD. My PhD wasn't easy because it was in a rigorous academic world. But it was "a man's world" that I was entering and *some* of those men certainly didn't make me feel welcome. Me and a few other women. Now that institution likely has a 50:50 ratio.

Because of the lack of "welcome" I felt and because I was verbally told I wasn't working and that the work I was doing was either impossible and would never happen or was undervalued, I worked from seven in the morning until ten or eleven at night. I made a schedule and worked on Saturdays and Sundays if I missed any hours for whatever reason.

I finished my PhD in under three years. I immediately secured a faculty position and didn't do a post-doc that most people have to do regardless of gender.

I didn't get my job because I am a woman. I got it because I was purposeful. Purposeful just happens to be my word for 2017. I wrote proposals and published papers. I wrote $106K worth of grants that were funded during my PhD.

Life didn't become perfect when I got my job. The first day, a man patted me on the head. Yes. At work. He's never done it again (there were words) and we enjoyed a long friendship and working relationship - sharing many grants.

I fight so that women will never be patted on the head -- or anywhere else -- at work.

Once the grants are secured, I do a lot of field work. During lean years, I do it by myself. I have to plan my work very carefully so I don't get attacked. I go into remote areas. The rules for state contracts could put me on a boat alone with a sexual predator.

The same rules could have me sharing quarters, with doors that do not lock, with a man or boy (yes 14 is the age at which a boy went after me) that sees women as objects for them to have. I'm not going to put all the details of that on the internet. If you'd like to join me for coffee, I'll describe accurately what field work is like the wild west.

That carefulness I just described always costs more of my grant money. So as privileged as I am, I fight for everything I have.

Those stories above aren't the only ones I have. But they do fuel me to fight for those that aren't as privileged as me. Those that are so busy making a living, that they can't fight or are too tired.

I don't have a period anymore. But the items that women use to keep the lining of her uterus from getting all over her clothes are considered - and taxed as -  luxury items. Just because I don't have a period (and some women would call that privilege), doesn't mean I don't fight for those who still have one and incur those costs monthly.

I was infertile and I paid a lot of money and did extreme science to have my child. Just because I was infertile, doesn't mean I can't fight for women who need birth control at a reasonable cost to control their fertility. I may be privileged, but I get it. Before I knew I was infertile, I paid $90 a month for birth control pills. They weren't covered by insurance. I fight for people who can't afford what I could.

If you don't understand why women marched, I can tell you this. It's about inequality, some overt, some not overt. What I can tell you, is that my pussy and my daughter's isn't up for grabs. That my child lives in a country where she must practice Jiu Jitsu twice a week to protect herself from the pussy grabbers is offensive.

And if you don't understand any of that, check your privilege.