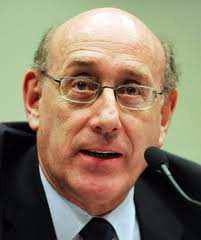 By Monique Harden and Nathalie Walker, Advocates for Environmental Human Rights. As the Administrator of the Gulf Coast Claims Facility (“GCCF”), Kenneth Feinberg has denied all illness claims from the BP oil drilling disaster for lack of medical proof of causation.  However, Feinberg did not require such proof in his administration of the Agent Orange Settlement Fund or the 9/11 Victims Compensation Fund, as a new report by Advocates for Environmental Human Rights reveals.

Read the introduction below, and download the full report here.

The Human Right to Health Denied:
Feinberg’s Rejection of BP Illness Claims Breaks with Past Practices

Kenneth Feinberg, the administrator of the Gulf Coast Claims Facility (“GCCF”), has denied all claims seeking compensation for illnesses related to toxic exposure from the BP oil drilling disaster off the coast of Louisiana in April 2010. BP funded the GCCF with $20 billion to process damage claims arising from the oil disaster. According to Feinberg, he received “a couple hundred” illness claims, and rejected them all because they failed to provide “proof” in the form of medical documentation that the illnesses were caused by toxic exposures during the BP oil cleanup work.

Feinberg’s requirement of medical proof of causation for BP illness claims is a break from his past practices in processing claims and pay-outs in the 9/11 Victims Compensation Fund and the Agent Orange Settlement Fund. As the administrator of

those funds, Feinberg did not require medical proof that a claimant’s illness or disability was caused by being exposed to toxic air pollution resulting from the September 11, 2001 terrorist attacks or the toxic chemicals in Agent Orange sprayed during the Vietnam War. These disaster fund programs paid claimants based on a showing that they were in the vicinity where harmful chemicals were present and had a medically diagnosed illness or disability.

The rationale for not requiring medical proof of causation in the Agent Orange Settlement Fund, which was replicated in the 9/11 Victims Compensation Fund, is “the inconclusive state of the scientific evidence” to demonstrate that a specific toxic exposure caused a specific physical harm.

By creating a significantly higher burden of proof standard for illness claims by people exposed to toxic chemicals during their cleanup of BP’s oil disaster, Feinberg effectively denies all damage claims for illnesses associated with exposure to the toxic BP crude oil and/or toxic chemical dispersants that were applied to the oil spill. Feinberg’s unprecedented standard implies that the sacrifices that cleanup workers and volunteers have made to protect the coastal communities, livelihoods, culture, marine species, and wildlife of the Gulf Region from the largest environmental disaster in the history of the United States are of lesser importance. It also implies that people living in or visiting the Gulf Coast who were exposed to BP’s oil and/or chemical dispersants do not deserve the same level of protection afforded to the residents and visitors in the vicinity of the September 11, 2001 terrorist attacks, who received financial compensation for
toxic exposure-related illness without medical proof of causation.

Feinberg’s unreasonable requirement of medical proof of causation for GCCF claimants effectively denies them compensation for their illnesses and undermines their human
right to health.

Since 1991,  Nathalie Walker has provided legal counsel and advocacy support that have helped community organizations win important environmental justice victories.  In 2003, Ms. Walker, along with Monique Harden, co-founded Advocates for Environmental Human Rights. Ms. Walker is a graduate of Tulane University Law School (1981), and received an M.A. (1973) and B.A. (1972) from the University of Michigan.  Ms. Walker has authored and co-authored numerous reports and papers on environmental justice and human rights issues.  Her advocacy work has been featured in television and print news, as well as books, magazines, and documentaries.

Since 1996, Ms. Harden has provided legal counsel and advocacy support that have helped community organizations win important environmental justice victories.  In 2003, Ms. Harden, along with Nathalie Walker, co-founded Advocates for Environmental Human Rights. Ms. Harden is a graduate of The University of Texas School of Law (1995), and received a B.A. from St. John’s College (1990).  Ms. Harden has authored and co-authored numerous reports and papers on environmental justice and human rights issues.  Her advocacy work has been featured in television, radio and print news, as well as books, magazines, and documentaries.