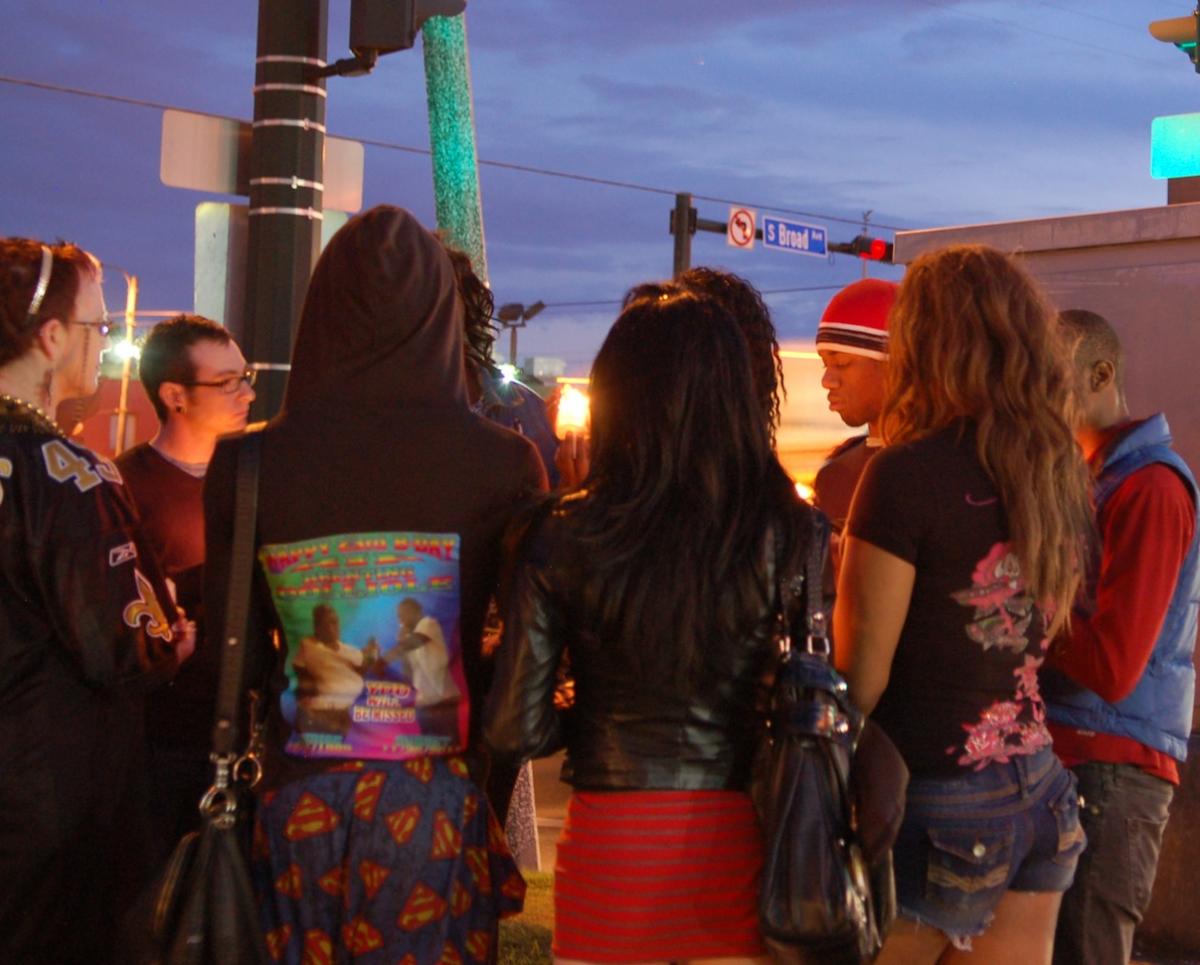 As staff of Women With a Vision and BreakOUT!, two organizations that work to promote safer, healthier communities in New Orleans for women and LGBTQ communities, including youth and transgender women, we wrote the below guest blog in response to recent coverage by the Times-Picayune about people involved (or assumed to be involved) in street economies along Tulane Avenue.

The Times-Picayune/nola.com’s six articles and one video (and counting) about Tulane Avenue, dubbed “Uneasy Street,” are an unfortunate example of glorified and sensationalized media reporting that leads to increased criminalization of marginalized communities, rather than solutions.

The video we are referencing claims that once sun sets along Tulane Avenue, “An even darker world emerges.”  We agree.  There is a darker side to Tulane Avenue.  But it’s not the one shown.

It’s the stories of mothers, daughters, friends, and wives struggling to survive in a city that has offered them little resources.  It’s women dealing with substance abuse or addiction.  It’s women who cannot be hired by traditional employers simply because they are transgender.  It’s the women who have been too busy struggling to be able to get a formal education to make them employable.  It’s the stories of human beings, worthy of dignity, respect, and far more than this series of articles has afforded them.

Rather than blaming the women struggling to survive in our city, we want the businesses along Tulane Avenue to afford our communities the same respect and decency they are asking for.  To do so requires that we imagine more creative and restorative solutions to this “darker world.”  The Director of BreakOUT! attended a meeting of the Mid-City Business Association just recently, where store owners were discussing the problems they see along Tulane Avenue.  During the question and answer period he asked, “Has anyone considered offering any of these women a job or any sort of job training at your business?”  Not one person in the room could tell us the thought had ever crossed their minds.  When media articles like this continue to give voice to the mischaracterization of transgender women as “men in dresses,” it should come as no surprise that transgender people feel marginalized and unwelcome in their own city.

To be clear: this problem is not unique to New Orleans.  Nationally, transgender people have double the rate of unemployment and poverty, while also being disproportionately represented among homeless populations and those without access to healthcare (National Center for Transgender Equality, National Gay and Lesbian Taskforce.)  Similarly, for black women, underemployment and employment discrimination remain core structural issue that contribute to systemic poverty, homelessness, and an array of health disparities, including HIV to cervical cancer.  Nationally, women of color earn just 70 cents for every dollar paid to men and just 64 cents for every dollar paid to white, non-Hispanic men (US Census Bureau).

The articles admit that many of those who stay in the motels along Tulane Avenue call them home.  At Women With a Vision and BreakOUT! we understand that many of these individuals are young people who have left their homes and now live, the best they are able, in motels with up to 10 other girls at a time.  Not all are engaged in the sex trade, however.  Many have found a sense of community with one another, formed their own tightly-knit chosen families, and are doing more with their lives.

For the past two years, BreakOUT! has been working to stop discriminatory policing practices, particularly among LGBTQ youth of color and transgender young women, that prevents many of our young people from doing just that.  We have made great strides in our campaign, called “We Deserve Better” and recently celebrated a victory in our campaign when the NOPD adopted a LGBTQ policy just last month.  The policy states, among other things, that police officers cannot use gender identity or gender expression as probable cause or reasonable suspicion for a police stop or arrest.  And yet in this video, we see our neighbors doing the exact same kind of profiling familiar to the NOPD when a young woman crosses the street in the middle of the afternoon.

And for the past five years, Women With a Vision has been working hard on the NO Justice! Campaign to combat the criminalization of women who have engaged in street-based survival sex work and, because of a Solicitation for Crimes Against Nature conviction, were required to register as sex offenders for periods of fifteen years to life. This campaign emerged from our more than twenty-year commitment to advancing the well-being of New Orleans’ most marginalized women and their families by challenging the policies and structures that make women have to choose between their daily survival and their long-term health.  We made great strides – getting the law declared unconstitutional, removing women from the registry, and ensuring that the public understood how women’s lives had been destroyed by disproportionate sentencing.  And yet, with this video and these articles, nola.com has turned back the clock once again.

Increased criminalization of women, including transgender women, increased policing, increased use of surveillance equipment and security cameras, and increased demonizing of women in the street economies will not make our City any safer.  And it is putting our most vulnerable citizens at even greater risk.  We continue to need increased access to employment, housing, education, and healthcare, including substance abuse treatment.

Even the NOPD recognizes the limitations of criminalization as Officer Ricky Jackson is quoted in the article, "You can't arrest your way out of this situation."  Finally, the NOPD gets something right.

Women With a Vision and BreakOUT! are providing much-needed services and organizing for a better City.  What then, is nola.com's role in this?  Will they now leverage their resources to help solve this problem in our city by reporting on novel community-led solutions for fostering economic justice, or will they continue to exasperate it by running sensationalist stories like this?

Wesley Ware is the Director of BreakOUT!, an organization that seeks to end the criminalization of LGBTQ youth in New Orleans, LA.  Prior to founding the organization with 6 Founding Members, Wes served as the LGBTQ Youth Project Director at the Juvenile Justice Project of Louisiana (JJPL) where he authored the report, Locked Up & Out: Lesbian, gay, bisexual, and transgender youth in Louisiana’s juvenile justice system.  Wes is also a 2011 Soros U.S. Justice Fellowship recipient and serves on the Advisory Board for the Equity Project, a national initiative to bring fairness and equity to LGBTQ youth in juvenile delinquency courts.  His essay, “’Rounding Up The Homosexuals’: The Impact of Juvenile Court on Queer and Trans/Gender Non-conforming Youth” is published in the anthology, Captive Genders: Trans Embodiment and the Prison Industrial Complex.  Wes graduated with a degree in Gender Studies and African American Studies from Georgia State University and has organized around intersections of race, class, and LGBTQ/gender justice in the South.

Deon Haywood is the Executive Director of Women With A Vision, Inc. a community- based grassroots organization created by Black women dedicated to providing HIV/AIDS, substance use prevention services, harm reduction, health promotion and advocacy to address risk behaviors and social vulnerabilities.  Deon is a longtime activist in the city of New Orleans with a history of organizing low-income women of color around reproductive justice, and women’s rights. Deon is also a Founding Board Member of BreakOUT! and is a board member of the Louisiana AIDS Advocacy Network (LAAN). As an expert in community outreach and organizing marginalized groups, Deon was recognized in The Body.com 2010 HIV/AIDS Community Spotlight. In 2011 Forum for Equality awarded her the Political Activism Acclaim Award.