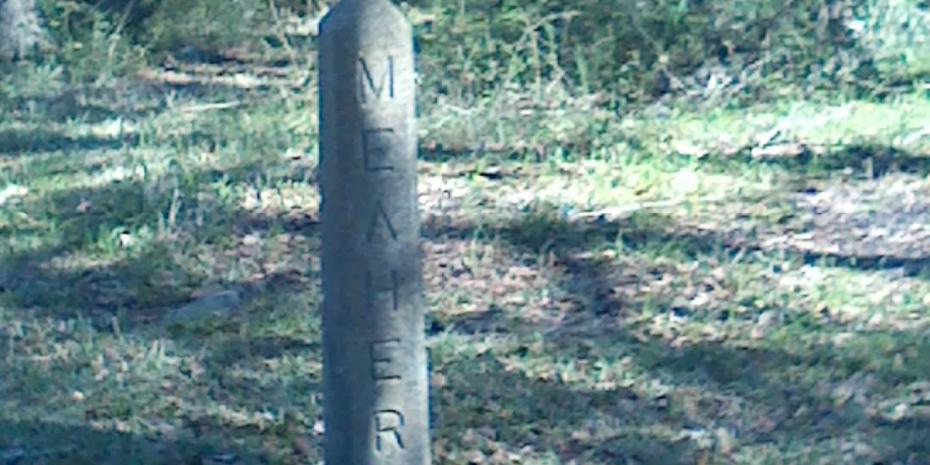 Of the 65 plus years I have spent on this earth, nearly 60 of those years I have been a resident of the Africatown Community and The City Of Mobile. I spent 4 years away in Virginia earning a Business Degree in College and 2 years of active Military Service in The Marine Corps. I am probability one of the few Africatown natives in Mobile that can successfully name all 4 swimming holes within the Africatown community utilized by Africatown residents during the 1950's and 1960's. Born in 1950, I have seen a steady decline in both the population and appearance of the community, and a steady increase in industrial development within the community without much concern within the political area until a couple of years ago when Councilman Manzie won election as Councilman from District 2. Because of my intense familiarity of Africatown's topography, and the attention afforded lately to Africatown, I'de like to offer up my top 5 culprits of blight within the Africatown Community.

Blight is described in Webster's Dictionary as: an impaired condition, something that frustrates one's plans or withers ones hopes, something that impairs or destroys or ruins. Because of Webster's aforementioned definition of blight, my top 5 culprits of blight within Africatown are:

One of the largest owners of property within the Africatown community is The Meaher Family Property Foundation. Acres of property owned by them on the side of Yorktown Baptist Church and behind Union Baptist Church has gone uncut for years.  Besides being overgrown and ugly, it contains snakes, rats, roaches and other animals that are unsafe and unhealthy. When William Carroll was Councilman he showed me a letter where he asked the Meahers to cut and clean off their property. He also showed me a response from their lawyers stating,"The Alabama law will allow landowners to not cut or maintain their property if their intent is to allow the property to revert back to its original state of forestry." My response was that this cannot possibly be true if said property is located within a residential community and the property is zoned residential. He simply shuffled his feet and grinned. The recently completed Africatown Plans calls for that area to be developed for Senior Housing or Affordable Housing.

Ever since residents of the Happy Hills Housing Project were moved out 4 years ago, the projects have set vacant and begun to deteriorate. The housing unit was large enough to contain over 350 family units. Looters have come in and stolen everything of value within the projects. Copper pipes and wiring, some outside bricks and lighting fixtures are some of the valuable items taken. This area of Africatown is very close to the deepest part of The Three Mile Creek where plenty of fishing is enjoyed by residents. The recently completed Africatown plans calls for this area to be developed as medium income waterfront property.

This is the area where the oil industry want to construct oil storage tanks. Right now it has mounds of grind up cement left buried in the ground by International Paper when they left the area. It also has reebar pulled out of the grown and an uneven lay of the land caused by initial site preparation by heavy industry. This area is an eyesore by all residents living along Jakes lane and the north area of Africatown. The recently completely Africatown plans calls for this area to be developed as a recreational or RV Park with provisions for a boat launch, Jet Skies, and Canoeing areas. This area has walking access to the Hog Bayou area that provides easy access to the Mobile River and Tensaw River Delta.

There is a scrap aluminum metals warehouse along Paper Mill Road just west of Kimberly Clark that for the first 3 1/2 weeks of each month looks horrible after truckloads of scrap aluminum is dumped in their front yards before it is processed into the warehouse. There also are all sorts of vacant old industrial warehouses just west and south of Lewis Quarters and south of The Three Mile Creek along Conception Street. Those old buildings are in terrible shape and look horrible. Wouldn't it be great if businessmen developed Mobile's owned LEWIS QUARTERS as a smaller version of THE FRENCH QUARTERS. Those old warehouses could be turned into a shopping area with a restaurant by the Creek just 2 miles from downtown Mobile along The Biker's Path. Here is another access to the water for Mobilians to enjoy.

Last on my list of top 5 culprits of blight within the Africatown community are the absentee and local land and property owners. Notice that although this category is small in numbers and last on my list, it is the first group targeted and criticized by local government. They also just happened to be mostly poor people trying to maintain some kind of a home life. They don't qualify for any type of financial aid and can't seem to catch a break in life. Why don't the ones at the top of this list, those with money, be made to clean up their blight first?

I have a couple of more questions:
My first question is when did the Bloomberg Project become the Blight Project for the city of Mobile? It has always been my understanding that the Bloomberg mission was to study the situation surrounding two minority neighborhoods and make recommendations for positive improvements to those neighborhoods. Recommendations such as how to obtain funds to fix up old vacant lots and houses and where to obtain funds to implement plans made by residents of Africatown presented in the recently completed Africatown Redevelopment Plans Study. One hundred percent of the $250,000 per year allocation to Mobile from The Bloomberg Foundation were obtained because of statistics derived from facts coming from two minority neighborhoods in Mobile, Africatown and a community from down the bay. However, when employees were hired for the Bloomberg team, only 10% of the team is minority. I wonder what the recommendations would have been for the communities had the team make up been consistent with the minority make up of the communities the funds were approved to help?

My second question is whatever happened to the promise of making areas of Africatown not part of the National Historic Registry a conservation district which would protect all of Africatown and not allow things to be destroyed so easily? Mobile's historic commissioner attended a meeting and said they would submit the paperwork to make unprotected parts of Africatown a conservative district. Since that time he must have been placed in the witness protection program because no one has seen him since.

The primary point of this blog is let's not penalize the poor for being poor.Let's come up with plans to build up rather than tear down. Its hard to hang on to heir property when money does not exits to pay property taxes, fix up homes and maintain your own homes. Residents in Africatown and other minority neighborhoods may not have the income of those living in Orange Beach, but everyone has the right to be pointed in the right direction to help themselves.