Expanding Prison Labor in Louisiana is Slavery by Another Name 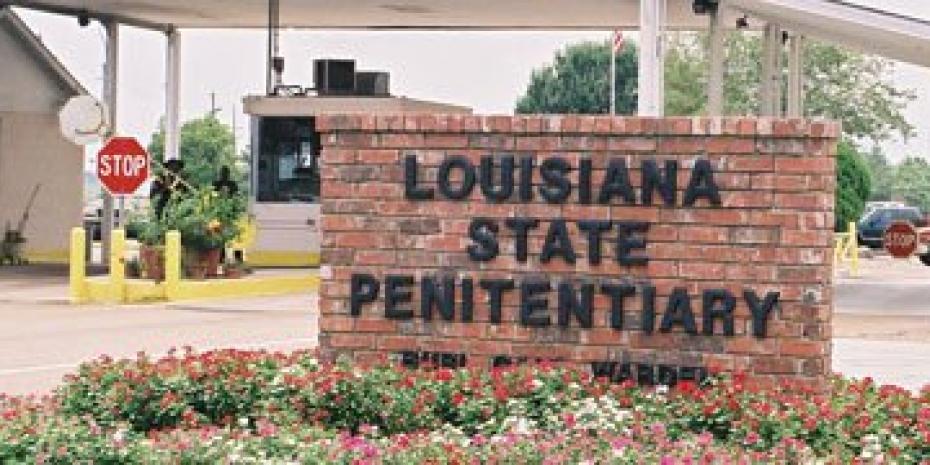 Editor’s note: A bill could soon expand the amount of work done by state prisoners on repairs and construction projects in certain state buildings in Louisiana, including the Capitol complex in Baton Rouge. Inmates are paid between 4 and 70 cents per hour for their work.

My opinion on Louisiana expanding prison labor for state construction projects?  It's what you call a "slippery slope," similar to the way the 13th Amendment was a slippery slope that slid us right into the rebirth of slavery by another name.

I'm very against it. Here's why:

Cheap labor benefits the state, but not the prisoners. It only further incentivizes a thriving prison industry. A few months back, we saw a Louisiana sheriff meltdown when prisoners who washed cars and took care of the property were being released. He said lost he good prisoners and, for him, that was bad. Think about that. The law enforcer didn't want to lose his good negroes. Remind you of anything?

He believed, as many did prior to and during the Civil War, that cheap labor had far greater value than freedom for black folks. The Louisiana state legislature's argument that these disrespectfully low-paying prison construction jobs will essentially boost inmates' resumes making them more desirable candidates for employment after incarceration, is BS!

Former convicts have a difficult (nearly impossible) time finding employment unless they are ... you know ... "privileged."  I promise, the job skills/training aren't a resume booster when they have to identify as an ex-con. Will the eyes of the discriminating employer make it to the "employment section" of the resume to see that Earl laid pipes during his stint in Angola?

And for that kind of pay with no promise of future employment?  It's a no for me. It could be worthwhile for convicts, but, will the fees or fines they owe in relation to their conviction be eliminated? No.

Will the fees and fines associated with their parole or probation be eliminated? Those released (if their freedom isn't subverted by massa who can't fathom parting with his good negroes) who can't pay, are stuck in a debtor's prison that lands them right back in jail plowing massa's fields.

Props to the 13th Amendment and the brilliant legislators who are keeping Louisiana number one in mass incarceration. Meanwhile their buddies who are not already investors in private prisons are itching to profit off of our medicinal marijuana industry as hundreds of thousands of black men are sitting in jail for selling weed to folks too disenfranchised, too poor, too black to get a prescription to self-medicate.

I think this bill and the logic behind it is fundamentally flawed and does not consider the humanity or dignity owed to prisoners, or contemplate the actual ramifications.

It does nothing to really lessen recidivism or make the prison industrial complex more likely to accomplish the goals of punish, reform, release. It perpetuates slave labor. It makes locking and chaining up negros just as lucrative as it was in 1800.

Economic thoughts to chew on: how much money does the state pay per inmate?

How much money does the state save by utilizing slave labor?

How does it effect our economy to take more construction jobs away from the working class?

Think about how this REALLY affects poor people.

How much money could the state make if they would stop giving corporate tax breaks (via ITEP) to big industry corporations? Louisiana has become so accustomed to sucking the life out of poor people to float the economy while we give away MILLIONS in tax breaks. No joke. Louisiana could be RICH!

The fact that companies like Exxon pay little to nothing to East Baton Rouge, but should be paying close to a billion in property tax, keeps Louisiana poor, keeps Louisiana looking for ways to make a dollar off of slave labor. Parishes where these companies are located should be getting MILLIONS EVERY YEAR that would go to our schools, local governments, and local law enforcement.

Instead of sucking the life and dignity out of poor people, legislators should be demanding money owed to our parishes so we can get to the business of creating job opportunities, which actually combat recidivism, properly funding our public schools so we can end the school to prison pipeline, and pay our officers so they aren't taking their "I'm not getting paid enough to deescalate" rage out on poor black ppl (who are only selling cds because they can't get a damn job due to their criminal record)!