Fishermen on Three Years of BP Disaster: "How are we ever going to get through this?" 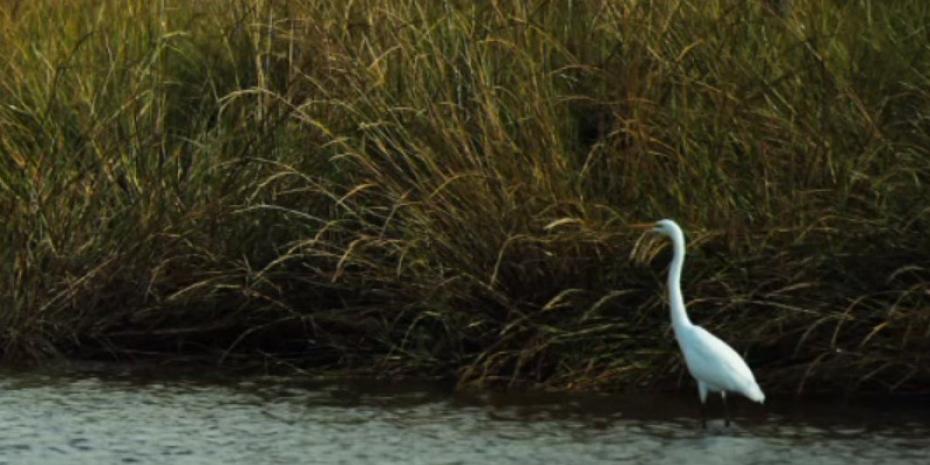 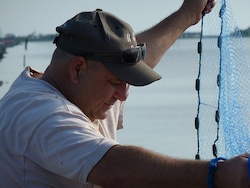 Three years since the Deepwater Horizon explosion in the Gulf of Mexico set off the worst oil disaster in United States history, BP Chief Bob Dudley says everything is fine in the Gulf of Mexico. But fishermen paint a very different picture – of struggling fisheries, untreated illnesses from oil and toxic dispersant, inadequate compensation from BP, and an uncertain future.

Here's what some Gulf Coast fishermen, experts and advocates had to say on a recent call for the press, hosted by the Gulf Coast Fund and Bridge the Gulf:

This is not over by a long shot. BP is spending all kind of money to say that it is. But the people who live here and deal with this day in and day out for going on three years now can tell you, it is not over. We live it every single day… Some days it feels like, how are we ever going to get through this?

In the last couple of years, we have seen a huge decline in [the fisheries in] the most affected areas, and that has not been projected in the ad campaigns and in a lot of the press and media articles that I read… To date we are seeing losses as great as 30% in some areas… In the shrimp industry in Barataria Basin, that goes as high as 50%…

We have actually seen a lot of issues in Florida… Just in the first year we had about a $780,000 loss in our small fish house… The offer that we got recently was about one seventh of that loss in one year. To say that any money that could be possibly be paid out is anywhere near reasonable, that people are being taken care of, is a joke...

On Legal Settlement and Claims…

There have actually been five different claims processes that residents of the Gulf Coast have had to try to maneuver, mostly on their own… with no resources and very little access to legal services… The claims process has not even started looking at medical claims yet that folks have been filing for the last four to five months… There's no discussion about relocation of communities or how those communities need to be compensated if that is something that they choose to do…

We have not actually seen any success in [subsistence fishing and subsistence trapping] claims so far. We've noticed that the claims process… really negated to understand how low-income people in this region supplement their low wages and their fixed income by fishing out of the waterways that are impacted by the BP oil spill…

Low-income fishing families are not adequately addressed in the settlement, and in many cases are being completely left out. And it's had a huge affect on our local fishing communities.

BP failed to pay interim payments to full-time commercial fisherman as required by law, and families became desperate and took the extremely low offer of $25,000 just to survive. It has now been three years since the BP Deepwater Horizon disaster, and the $25,000 paid to these families doesn't even cover one year of loss. These families are not eligible to make another claim and they continue to suffer from this fisheries and economic disaster

It's really devastating our industry… I myself have a 15 year old son Jesse who is training to become a commercial fishermen, and we're scared for him. We don't know that he's going to have an industry…We don't know what our future's going to bring… And I don't want to have to teach my kids someday, or my grandchildren, that when Peter in the Bible threw the net over the side of the boat and, in front of Jesus, pulled in a bunch of fish, that that was something that used to happen… I want them to be able to see that. I want them to be able to do that... I's not just my family, it's about thousands of families all along the Gulf Coast that are all being affected.

It's hard to bring up BP because the world assumes that everything is ok, and it's only the most disenfranchised, underserved, left out communities – in a region of this country that rarely gets any kind of press that's positive – those are the folks who have to scream out to the world that it's not over. But I am hopeful that the strength of this community is going to go forward in fighting, until none of us has anything left to fight for.

In every single disaster response, recovery mechanism and structures that have been set in place - everything from the claims process starting with the Gulf Coast Claims Facility, to the BP settlement, to health programs, to coastal restoration - has not been a very transparent process. It has been very top-down. It has not allowed the most impacted communities to share their concerns and bring up their parties and it needs to be a more open, transparent, inclusive process for everything that is set in place to help our Gulf Coast region recover from this disaster. The question is, for the community here that I represent: How can a corporation be allowed to become so powerful that it could buy out the truth, justice, and proper restitution? BP must be made truly accountable and make our communities whole.

We need to make sure that as we move forward in recovery that we have real recovery for the people and the communities and the culture, and not just say we're going to have other people outside of our communities making all the decisions - people that actually do mean well but don't have a good understanding of our ecosystem, of our culture and our communities… We have to be included in the recovery, our fishermen do, our communities do. I think if we work together we can make that happen. I haven't given up all hope that my grandchildren can fish one day.

Panelists also raised serious concerns about the use of toxic dispersants and the widespread health problems faced by fishermen, workers on the clean-up effort, and coastal residents.

Paul Nelson, an oysterman from Alabama and President of the South Bay Communities Alliance, also spoke on the call.

Listen to the full call below, or listen to recordings on more topics related to the BP oil disaster:

Photo by Ada McMahon: A fisherman preparing to cast a net for dinner in Terrebonne Parish, Louisiana.