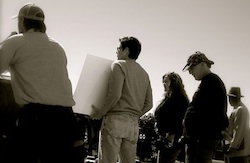 This summer I have traveled the coast witnessing, reporting and documenting the effects of the Deepwater Horizon Oil Catastrophe.

At the same time, my family and I have struggled through the economic effects of the moratorium placed on offshore drilling. It has been hard to watch my little ones suffer, to see my husband broken, to see my friends become ill from chemical poisoning, and to witness my neighbors feel helpless, and without a voice.

I could tell you about a lot of lies and corruption, that $93 million dollars is the cost of silence in the United States of America. I can tell you about oily marshes, stained beaches, dead pelicans, dead turtles, dead dolphins, lost livelihoods. But you know all that too.

I could explain the misery of hunger, the feelings of loss. All the things I have experienced in the "Summer of the Spill".

I could speak of the fact that beaurocracy, complacency, apathy and greed - killed democracy. And that it threatens to kill us too.  Most of you know that.

You know the fairytale republic is no more. Hopefully, you understand that the terms republican and democrat (etc), are only ways they divide us - and keep real solutions, to real problems, at bay.

Furthermore, you know that the Earth - on which you walk, and the Gulf - by which we live, are a part of you.

Most of the people here have felt this since you were a child, in the days when worms were great playmates, when digging your toes in the Earth was ecstasy and sunshine on your back was your church. We all felt it. We all felt the connection to the harmony of the land, and when we saw litter or pollution - we knew we had an obligation to provide aid to the land.

Unfortunately, we turned that part of us off, over time we tuned it out. Harmony became struggle as our once free souls became shadowed by hurt and mistrust - this is a part of the human experience, it seems.

But even now after your years of sorrow and gladness - the cocktail of our lives, you know the truth. That the waters of the Gulf are the same as the blood in your veins. That ultimately, to the universe - you are the flower in the meadow, the lion and the lamb.

Sadly, often that revelation does not come to you as you grow, the opposite happens - you give yourself away. You loose that connection. You forget. And that, is the ultimate heartbreak of the world.

We all know the stories as they have been written. We know of David and Goliath, of Washington and the cold waters of the Delaware, Jackson's army, Iwo Jima - but the truth is, the real stories of our heroes are never told, real heroes are scarcely known, and real love is rarely reported. 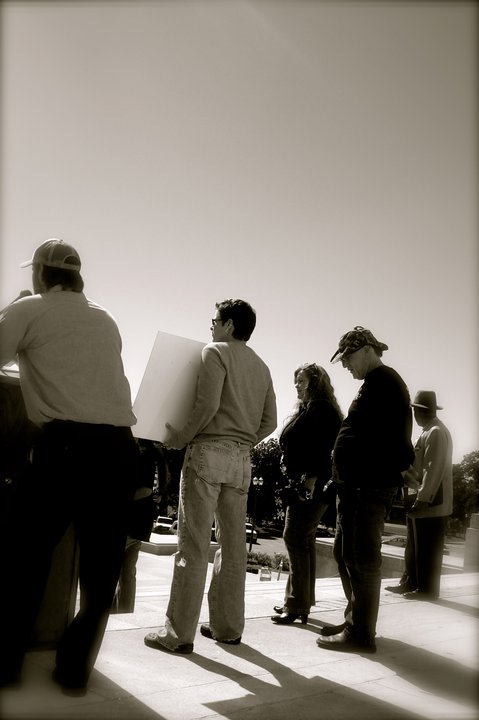 They are truthseekers, when applying a blindfold is so much easier. Real heroes provide quiet answers to screaming voices. Sometimes they put their lives in danger, for a pint of sea water to test. Sometimes they stay awake, long past exhaustion, to show evidence against lies. Sometimes, they fight the roar of the mighty lion, with a song -  and by doing so, give a voice to the muted.

Heroes go to work at 4 a.m. to earn a few extra dollars on a paycheck. They dream big, and step small.

Did you really think you would reap the benefits of the Earth, our God's world, and never be asked to pay rent?

Can you live from another Mother, besides our precious Earth?

If ever there was a time to conquer our greedy, self-absorbed selves, and stand in unity - that time is now.

If ever there was a time to demand a future for our beautiful, beautiful, children - that time is now.

We will not yield.

You, my Louisiana, my America, my fellow Earthlings - YOU ARE THE POWER!

And you already knew that.