Less than a week 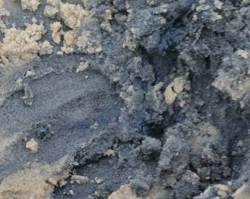 Less than a week ago, I came home to the Gulf Coast after a trip to Washington DC (where I joined a group of Gulf Coast residents in protesting the Keystone XL pipeline and BP "Claims Czar" Kenneth Feinberg).  Since coming back, here is what I've seen and heard: I have seen photos of a 7-year-old with a rash all over her body - whose mother is fearful we will lose her if she is not helped.

I have been unable to contact a close friend, who worked clean-up on the spill. He told me before I left for D.C. he was “not alright”. He was supposed to go with us, but had lost 22 pounds in 5 days, and the doctors had no idea why. He can’t breathe, and has been told he has the lungs of a 45 year old smoker. He is in his mid twenties, and hasn’t smoked a day in his life.

I have spoken to another friend, who is a resident who lived near the spill. He has been sick for a very long time now, and wishes death to take him.

I have heard from a friend who is very near to losing her house, while not receiving one dime from Feinberg as an interim payment. He is starving her out.

I talked to a friend who is a shrimper who said there are little to no shrimp, and he brought up oil in his net, and he has to use a inhaler 3 times every hour to breath.

There have been photos of oil and tar balls daily on my computer. (Photo above taken by Laurel Lockamy, 11/15/11)

And the oil workers were not paid right or fairly from the moratorium.

And our sweet cousins, the dolphins (among others) are still washing up dead.

And the Coast Guard said, in a closed meeting, that BP does not have to do long term monitoring of the Gulf concerning the affects of the spill.

And BP and the Coast Guard say that 90% of the oil is gone and they are ending clean up operations.

And Hayward got his life back.

And a report came out saying that there were threats to shoot down a news helicopter during the spill, and that most of those birds I saw early on coated in oil were euthanized, and that people are sick.

And the feds have chosen to ignore the largest environmental disaster in United States history when it comes to future drilling, (yes, even deepwater) in the Gulf of Mexico, let alone in our pristine waters of the Arctic.

The question is, how much more are you going to take?

MLK said, “The arc of the moral universe is long, but it bends toward justice.” He didn’t say that we wouldn’t have to all reach up and grab it with our hands and use our weight to make it bend.

Where to we go from here? Let’s talk.

I am going to be at the Health for the Gulf Benefit this Sunday, November 20, 1-6 in NOLA at the Maison.

Meet me there, if you can. It’s time to step it up.

The time has come. The health crisis we talked about from the toxins, is upon us. The lack of catch we worried about, it is here. When we worried Feinberg was a liar, he is. When we thought the government might not really care about us, they don’t. Time to make a decision.

How much are you worth?

How much are your loved ones worth?

How much is our Gulf worth?

How much more are you going to take?