For The Love of My Home 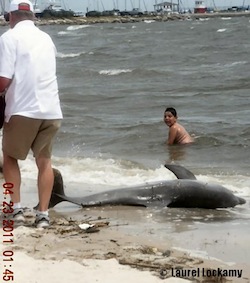 By Kathleen M Walker-Gordon. On June 25, 2010, when oil had been flowing from BP's well in the Gulf of Mexico for 66 days, Kathleen Walker-Gordon sat down in her Orange Beach home and wrote.  She wrote of her anger that one corporation could do so much destruction, and she wrote of her family's history in charter fishing, a way of life she feared was gone.  Here's that original essay, and an update from Ms. Walker-Gordon written today.

June 25, 2010 - Orange Beach, AL - As I sit here this June morning, coffee in hand, my mind wanders back over the years and memories come flooding back. Memories, these are all we have now.

Dreams of climbing aboard our boats and going fishing have vanished. Dreams of teaching our children and grandchildren the diligently taught ways of fishing: how to tie a specific knot, what test line and hook to use, have all disappeared. The anticipated joy and happiness in the faces of my granddaughters and grandsons, when they reel in their first fish, no matter what kind it is. The photos for posterity filled with pride and accomplishment, that they had come of age, a true fisherman now and had the photo to prove it. No more from our Gulf will be taken, not photos of joy, no fish to cause the joy.

You see, this June day is June 25, 2010, 66 days after the Deepwater Horizon explosion. Sixty-six days after we have continued to watch all our lives change, never to be the same again. Sixty-six days since, in my opinion, Armageddon began on the Gulf Coast. Sixty-six days since the greed of one corporation and man powerful oilmen turned our worlds upside down and dropped us head first into the largest disaster that’s ever been, a pool of gushing oil, smothering our water’s mammals, birds and other wildlife, KILLING OUR FISH, in a thick layer of their profits. They are stomping out our way of life, our means of making a living, our very beings, causing loss of life to those of us who only know the sea.

The history of the Charter Fishing industry in my state is a proud one. Seven generations of my family have fished these waters. The first being Lemuel Walker in 1863 when dispatched by General Maury to catch fish for the troops at Fort Morgan. The next five making charter fishing their lives, out of Orange Beach, and the seventh enjoying the ability to fish on the boats of previous generations like the Miss Kay, my grandfather’s boat. My childhood was spent on these waters, fishing, swimming, helping with my grandparent’s marina and later charter fishing too, and enjoying the beautiful life God had given us. Not to say that hard times weren’t always lurking around the corner. To the contrary, we have always been dependent on the elements and it too became a very intricate part of our lives. The life of a fishing family is never easy and through hurricanes and bad seasons we have survived and kept what we hold dear alive and thriving.

The economy over the last few years has been extremely bad, bag limits have deterred customers, but the true charter boat captain has remained, tied to his love of the Gulf and a way of life. This is because when you are a part of our world, you eat, sleep and breathe fishing the Gulf of Mexico. All my life when things we bothering me I would return to these waters for strength, comfort and solace, the waters of the Gulf are my lifeline. There is no more beautiful place in the world than sunrise or sunset on the bridge of your boat, no place you can get closer to the Good Lord and thank him for your way of life and his abundance.

Those of us, who have lived here all our lives, for generations, or only for a few years, want people all over the world to know that it isn’t just a money thing. The whole Gulf Coast is in jeopardy of being totally and irreversibly destroyed, but even more important - a way of life, culture and beauty has been taken from us and replaced with broken hearts and promises.

January 23rd, 2012 - Orange Beach, AL - As for thoughts on the oil spill today, well let's just say that I don't believe that the Gulf will ever be well again. I believe that BP, and all the local and state politicians are not worried about the welfare of the Gulf itself, nor the people who live here and take their living from her. The children of our communities all along the Gulf Coast will never again be able to say that they had the best place in the world to grow up, that they were able to swim, fish and play in the waters of the Gulf (or any body of water connected to it). Until we, the people, find a way to make the world and the government of the U.S. realize that they are destroying one of nature's most precious gifts by continuing to deny the truth about the toxicity of the Gulf, the truth that it isn't safe, all the people who come here to visit will continue to believe what they see on TV and be led to slaughter.

********
Kathleen Walker-Gordon is the eldest daughter of Capt. Leroy E. Walker, Sr. who was also ran a charter boat out of Orange Beach. She was raised on the Gulf of Mexico and ran both marinas and was the first licensed female captain in Orange Beach. She is married and has 3 children and 4 grandchildren. At present she is a homemaker and when available she sits with the elderly. Her hobbies are writing about Orange Beach, growing up there and the many stories told to her by her grandparents and other members of the Walker family.