"Deficiency Letter on Interim Payment/Final Payment Claim".  The wording is

ominous, but John Gooding, who is visibly ill, is not surprised.  He's received them before and has a feeling he'll be receiving more.  The letter further stated that John was missing documentation necessary to prove he has been "diagnosed with a physical injury/death that resulted from the Spill".  Illness claims are processed under the general GCCF category of physical injury/death cla 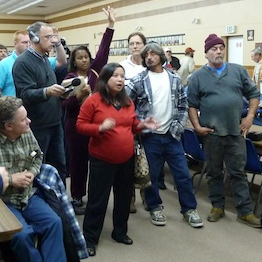